'Istanbul should have an iconic opera hall like Sydney'

The restoration of the Atatürk Cultural Center and the re-construction of the Taksim Military Barracks, also known as the Halil Pasha Artillery Barracks, in Gezi Park has once again sparked argument. Daily Sabah interviewed veteran architect Sinan Genim about the latest discussions regarding the matter

Built in 1780 during the reign of Ottoman Sultan Abdülhamid I, the Taksim Military Barracks operated as a performance stage and accommodation space; however, since 1940, the area where the barracks stood has been serving as a city park under the name of Gezi Park in the heart of Istanbul. The project regarding the re-construction of the military barracks in Gezi Park has sparked debates and has been protested against for the last couple of years. Likewise, the opponents have responded negatively to the restoration of the Atatürk Cultural Center, which aims to renovate the center to meet the needs of modern society. Daily Sabah interviewed architect Sinan Genim about the reconstruction of the historic military barracks and the renovation of the Atatürk Cultural Center - which undoubtedly stand in the most critical and touristic location in Istanbul - the current situation of the location and what kind of arrangements are planned in the area. 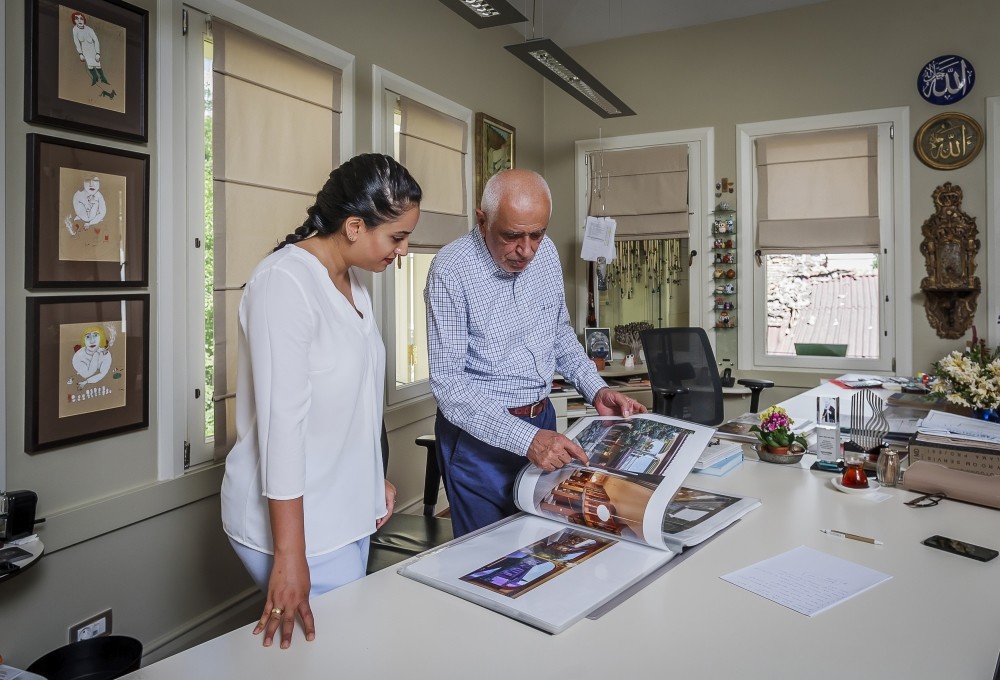 Could you give us some information about Istanbul's architectural history and its current state?

Sinan Genim: Istanbul has seen many empires over hundreds of years. The Greek city-state established as Byzantium became Byzantium after being Latinized by the Romans. It was later called Constantinople during the Byzantine Empire and served as a capital. Later, it became the capital of the Latin Empire while it was under siege for 60 years. It served as a capital of Byzantium until it was conquered by Mehmet the Conqueror in 1453. Many cultures and societies got a chance to express themselves in the city, which served as the Ottoman Empire's capital until the establishment of the Republic in 1923. It kept carrying the traces of many cultures' architecture and history.

While the city was conquered by different states, its facade was changed by the respective rulers. From time to time the city was even demolished and rebuilt. The changing administrations left monumental traces in the city. For example, even though Byzantium had many rulers, Constantine, who named the city after himself, and Justinian I, who had Hagia Sophia built, are the ones we remember. 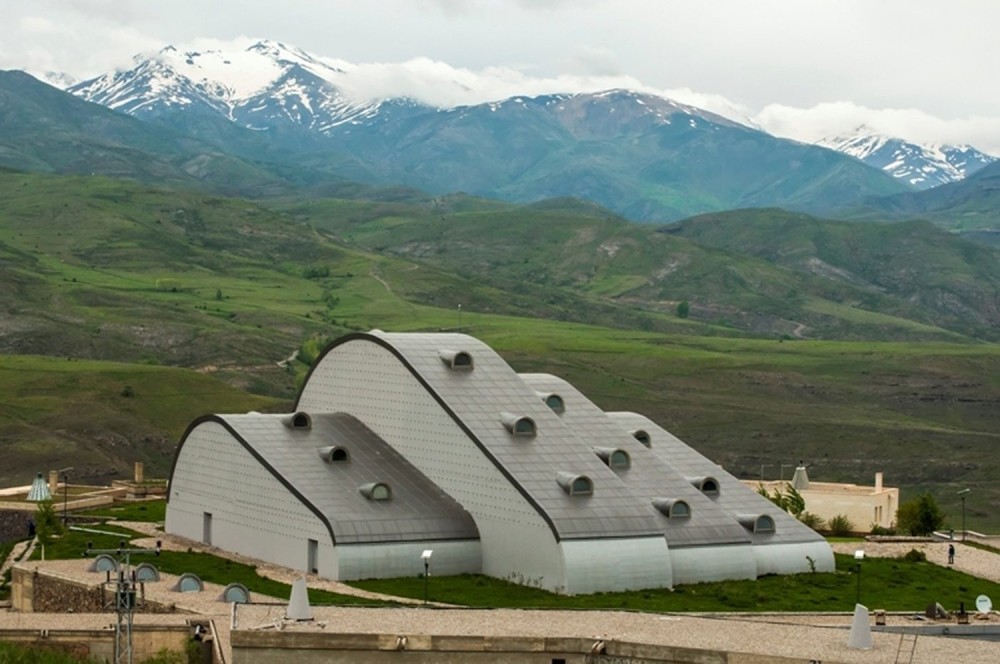 Similarly, the façade of the city kept changing with the changing Ottoman sultans. The most beautiful example of this is the works of architect Mimar Sinan under Suleiman the Magnificent's rule. His work changed the silhouette of Istanbul and the surrounding cities forever, and it is still evident today. However, the locations where he chose to build his works are pretty critical.

If, for example, he was not allowed to build Süleymaniye on that hill, there would be no magnificent silhouette to the city. Or the fact that he built Selimiye with four minarets in Edirne rather than Istanbul emphasizes the importance of the location choice.

When it comes to the Republican Era, the series of wars exhausted the public. Millions died and the country was poverty stricken. Even though Abdülhamid II tried to have new buildings built before the declaration of the Republic, the economic conditions were insufficient; moreover, the borders were much wider. The founders of the Republic wanted more contemporary buildings after going at it tooth and nail. The structures are shaped according to the mindset of the period just like clothes and lifestyle. This is the natural process and it takes time.

So what are the reasons behind people's opposition and reactions to the renovation and restoration projects?

It is hard to accept change when you are in it. The problem is to embrace and accept the change. But people have worries and concerns. When an architectural change is made and a building is demolished and restructured, a new income level and a financial interest emerge. However, people feel worried when their economic status does not improve in parallel with the increasing value here. There is also the trust issue. That is, they think the current power holders will do whatever deeds the can if they have the chance. There are bad intentions behind this.

Humboldt Forum in Berlin is now under restoration and aimed to be a world center for culture.

So, can we call it a sociologically moral issue?

Yes, this is a moral issue.

Do you think this problem can be prevented if the projects are announced to the public more clearly?

Sometimes, it does not matter how clearly you speak, the person in front of you believes what is in their mind. There is also the trend of accumulating knowledge from social media in our age. It is garbage information and people can move forward by believing something untrue. Unfortunately, we have a disease of opinion in the information. If we can manage to destroy prejudices as much as possible, we can cover some ground.

The Archers Lodge in Okmeydanı district of Istanbul was renovated by Sinan Genim.

Are you concerned about the alteration of Istanbul's silhouette?

Not at all. I have a 200-year-old antique pot made in Çanakkale. It has a smiling rabbit face on it. I smile every morning too when I look at it. I even warned my kids so that the next generations will keep it in their homes. Then I wondered what kind of owner I am and how many owners it will have after me. Istanbul is an ever-lasting city in comparison to the human lifespan as well. We will come and go. Generations will pass by but Istanbul will be eternal.

The agenda on Atatürk Culture Center's re-building is active as usual. What is the current situation of the building, and what does it require?

Architects Rüknettin Güney and Feridun Kip drew the building project. Its foundations were laid in 1946, but some problems occurred in that period. It was suspended for a while due to lack of permission. The Development Ministry took over in 1953. Following a 23-year period until 1969, it was opened under the name the "Istanbul Culture Center." It was mostly damaged during a fire that broke out in 1970, and it was repaired by architect Hayati Tabanlıoğlu. It began operating again in 1977 and it was renamed the "Atatürk Culture Center." Its construction began for the 500th anniversary of Istanbul's Conquest. It is not a dynamic and modern building, and has already lived out its life. The Sports and Exhibition Hall, transformed to modern-day Lütfi Kırdar Congress Center, was in the same condition and taken under a restoration project which changed its façade greatly. The buildings live out their own lives, the states prepare the necessary projects and conducts renovation works. It is a natural and normal process. There is no need for a poll for this. The changing periods are resisted in democracies, and people tend to behave more conservatively.

The construction of the Taksim Military Barracks in Gezi Park has received some resistance. What do you think about that?

The military barracks built during Abdülhamid I's reign in 1780 were demolished by insurgents and artillery fire. In 1940, it was completely demolished and rebuilt as an entertainment and social activity establishment during Governor Lütfi Kırdar's term in office. However, the planned arrangements could not be carried out due to various controversies, and Gezi Park was built instead. It is a disadvantage to have a park with security problems in the said area at the center of the city. However, it can make great contributions to the city's cultural life as a performance and cultural activity area. The park becomes a dangerous place after a certain time at night. For example, tight safety measures are implemented in the famous Central Park in New York. When I was in New York, I was staying at a hotel very close to Central Park. Two young people were performing music and I wanted go down and listen. The police saw them holding beer cans wrapped in brown paper bags and asked them to throw the cans in the trash. The police later got them out of the park. We need to be more disciplined about using a common ground. Either religious or progressive people should treat each other in a reconciliatory manner regarding the usage of the public space. It is appropriate to use these valuable areas without causing any conflicts.

Among the recent restoration works is Humboldt Arena in Berlin, which was bombed during the II World War, renovated through a more modern understanding in terms of material and place. Or Sydney Opera House is a nice example to show the contribution of this type of space to the city. Those who see the opera house immediately recall the city with the building. It makes a great contribution to the city's promotion and prestige.

I drew the project of the Baksı Museum, 70 kilometers outside of Bayburt. The building was designed in accordance with the morphology of the mountain on which the building was built. It won the Council of Europe Museum Prize in 2014. Our Center of Civilizations Project in Antalya is admired by visitors. I spent 10 years on the project due to slow bureaucratic procedures but the visitors watch in awe. Besides, these buildings were built with reinforced concrete. But everyone thinks they are old Antalya houses. The architectural renovations and material options that come with age can be aesthetically used in restoration and construction projects. It is a matter of handling architectural problems through knowledge.