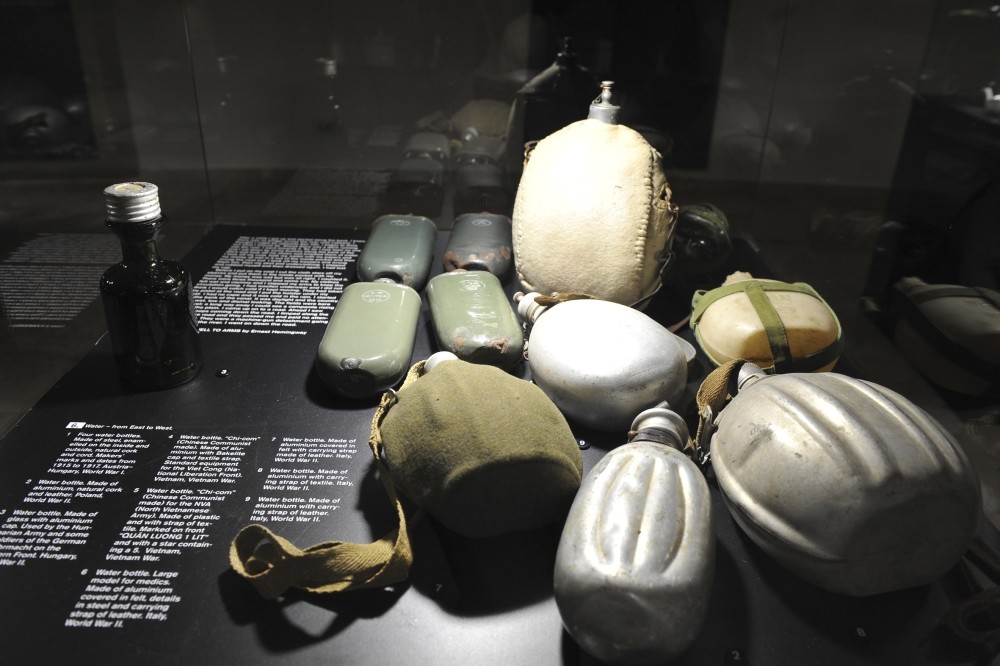 by Anadolu Agency Jul 01, 2016 12:00 am
"Objects between Life and Death," an exhibition featuring objects used in war by various countries in the early 20th century, has opened in Kazakhstan's capital city, Astana. The exhibition, which is being held at Kazakhstan Military History Museum, puts American, Japanese, Vietnamese and former Soviet war objects on display.

Museum official Aliya Sarsenova spoke to an Anadolu Agency (AA) correspondent and said the exhibition originated from Stockholm Military Museum and a traveling exhibition was displayed in Belarus before it came to Kazakhstan. Sarsenova pointed out that the exhibition showcases objects that soldiers used in their daily lives during the wars that took place in late 19th and early 20th centuries. "Here, you can see pocket bottles, shaving tools, surgeon's bag, playing cards and soldiers' letters written for their loved ones," she added.

The museum official stressed the fact that the exhibited objects were either found in the dead soldiers' pockets or their houses. "Soldiers took photographs of memories of their loved ones before departing for the trenches, dreaming that they would return their home one day," Sarsenova concluded. The exhibition, which has attracted great attention from Astana's locals, will return to Stockholm Military Museum in October.
RELATED TOPICS