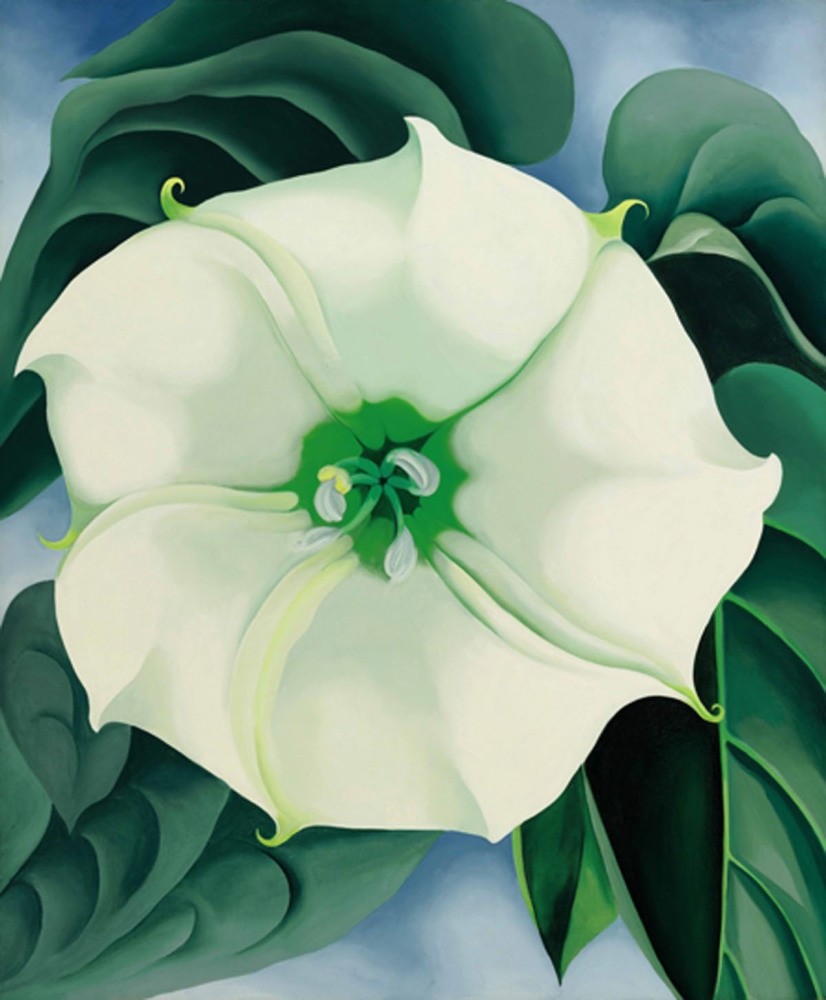 Georgia Ou2019Keeffeu2019s record-setting artwork Jimson Weed / White Flower No. 1 (1932) was sold for $44.4 million in 2014. The artist maintains her place at the top of Artnetu2019s list.
by Miraç Tapan Jul 25, 2016 12:00 am
For centuries, women have stayed in the background of the art world. They posed for masters and were the muses of prominent painters, sculptors and writers, while it took female artists years to publish their art with their own name and be appreciated in prominent art circles and the public eye. In the late 18th and early 19th century, women began to openly display their talents. Artwork produced by female artists have earned their rightful place in the contemporary art world. In the early 1970s, with the rise of the feminism and feminist ideology, Linda Nochlin published an essay titled, "Why have there been no great women artists?" arguing that art history, especially Western art history, is written by white men who consider women incapable of creating greatness. Moreover, while men are provided with resources to improve their skills, female artists had to make do with with limited resources. This awakening actually helped turn the spotlight on female artist and their works. Currently, the art market gives long anticipated praise at auctions. Namely, Artnet News has released their annual list of the most expensive female artists, based on the data acquired in the last decade.

Georgia O'Keeffe, whose record-setting artwork Jimson Weed / White Flower No. 1 (1932) was sold for $44.4 million in 2014, maintains her place at the top of the list. O'Keefe is followed by Frida Kahlo, Louise Bourgeois, Joan Mitchell, Berthe Morisot, and Natalia Sergeevna Goncharova.

The list also included this year's most highly paid living female artists. Cady Noland, a postmodern conceptual sculptor and an internationally exhibited installation artist is listed among the most expensive female artists as her sculpture "Bluewald" was sold for $9,797,000 at the auction house Christie's in New York. One of the most popular contemporary artists, Japanese Yayoi Kusama, is also featured in the list. Kusama whose bright color polka dots are her signature, took second place with the sale of White No. 28 for $7,109,000. American photographer and film director, Cindy Sherman, who is best known for her conceptual portraits, is a firm feminist who stated that she is "being irritated that her male counterparts" in the early 1980s. With a 2014 sale of "Untitled Film Stills" which were produced in the mid-to-late 1970s, Sherman claimed third place in the list. Her series of photographs were sold for roughly $7 million.
Last Update: Jul 25, 2016 1:26 am
RELATED TOPICS