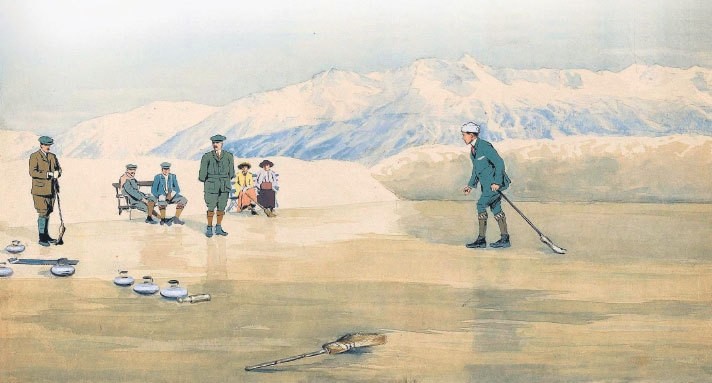 The biggest sports event in the world, the Summer Olympics, used to host art competitions that celebrated artists who produced works of literature, music, sculpture and painting

The Rio Summer Olympics came to an end yesterday after the world cheered for the best athletes for more than two weeks. With many success stories, unbelievable victories and tears, the biggest sports competition closed curtains until 2020. Athletes from around the world dream and work for an Olympic medal until they retire; although before 1948, the Summer Olympics was not only a playground for the best athletes, but also for ambitious artists who would display their talents seeking an Olympic gold. Art competitions at the Summer Olympics, unofficially called the "Pentathlon of the Muses," took place between 1912 and 1948 and were part of the original intention of the founder of the modern Olympic Movement, Pierre de Fredy, aka Baron de Coubertin, who believed that the ideal man should be educated in both mind and body, and the medals were given for works of art inspired by sport in five categories, including architecture, literature, music, painting, and sculpture. 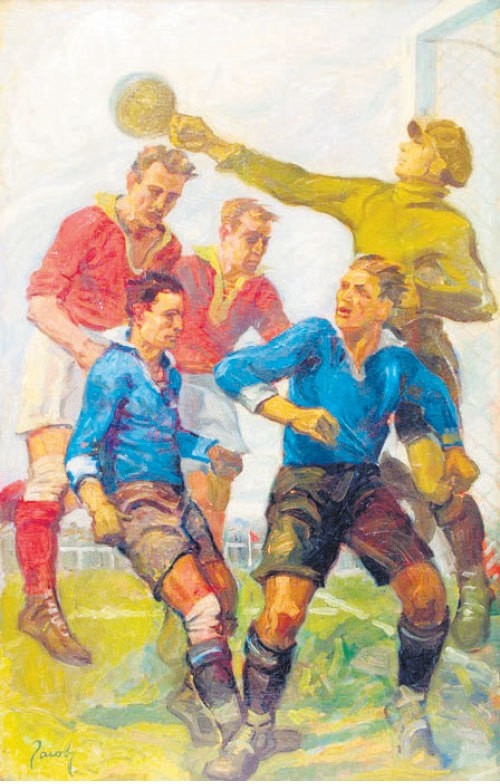 The art competition got off to a slow start in 1912, but things heated up in the 1924 Summer Olympics in Paris when a total of 193 artists submitted works, showing that they were taking the art and culture Olympics seriously. After seeing that interest in the art competition grew over the years, the Olympics committee decided to divide the arts category into four categories, with sub-sections. Literature was subdivided in three separate competitions for dramatic, epic, and lyric literature; Painting was split into three different competitions including oil paintings, drawings, and graphic arts. Sculpture was divided into statues as well as reliefs or medals. Surprisingly, the art competition in the Summer Olympics became an important event in 1924 when Soviet artists also submitted their works, even though the Soviet Union did not officially participate in the Summer Olympics in Paris, stating that the Olympic Games are a "bourgeois" festival. 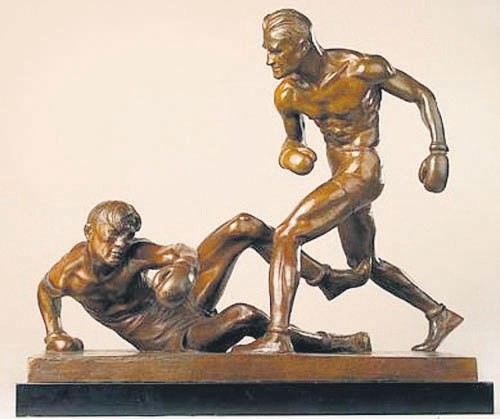 "The Knockdown," a gold medal-winning sculpture by Mahonri Young, 1932

Due to America's economic issues (the Great Depression of the 1930s) and being located in Los Angeles, the 1932 Summer Olympics did not receive many athletes, and participation in the Summer Olympics was much lower than at the 1928 Olympic Games. The art competition was at its peak however, and a high number of art works were submitted. The Olympics drew roughly 384,000 visitors to the Los Angeles Museum of History, Science and Art, to see great artists who had submitted works, including John Russell Pope, the architect of the Jefferson Memorial who won a silver for his design of the Payne Whitney Gymnasium, later constructed at Yale University; the Italian sculptor Rembrandt Bugattil; the American illustrator Percy Crosby; the Irish author Oliver St. John Gogarty, and the Dutch painter Isaac Israels.

According to Richard Stanton's book entitled "The Forgotten Olympic Arts Competitions," a total of 147 medals were awarded in arts categories over the years. Germany won a total of 24, while Italy won 14, France 13, and Austria, Denmark, Great Britain, and the United States each won nine medals.

When IOC members reconvened in 1949 after World War II, there was debate about the art competitions. In sports, the athletes who qualified for the Olympics were expected to be amateurs. Some IOC members thus argued that the same criteria should be applied to artists as well. Many members asserted that artists who won gold medals increased the value of their artworks, and thus profited from Olympic medal, encouraging commercialization contrary to the Olympic spirit. The art competitions thus came to an end, instead becoming merely art exhibitions held during the Olympics.

During the 1992 Summer Olympics in Barcelona, the art competitions were in a way revived, when the Olympics committee spent nearly $50 million on a Cultural Olympiad which began right after the closing ceremony for the 1988 Summer Olympics in Seoul. During the 1996 Olympic Games which was hosted by Atlanta, a total of 23 art exhibitions took place. During the 2012 Cultural Olympiad, the London Olympics committee reported that millions of artists and art lovers attended culture and arts shows around London.
RELATED TOPICS