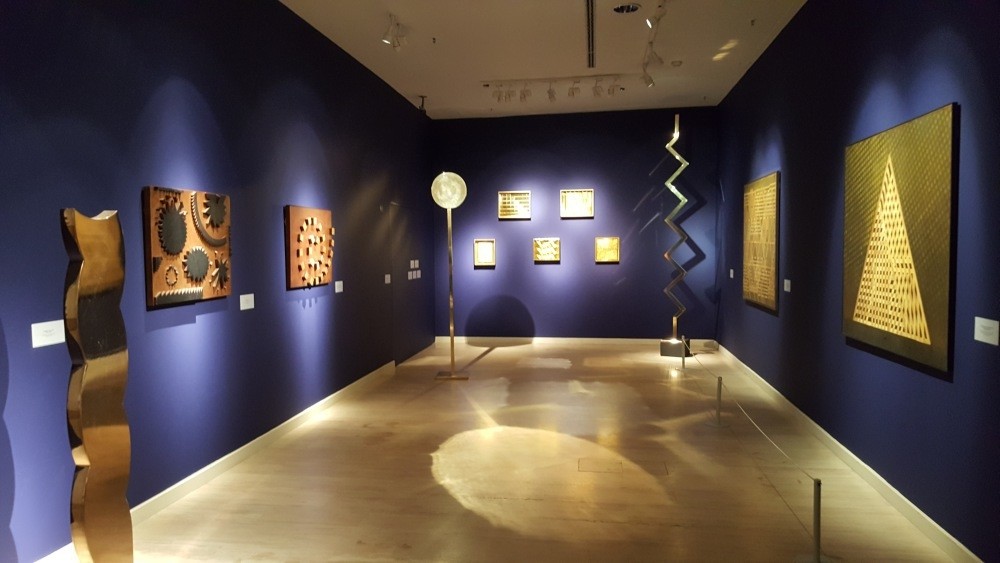 by Daily Sabah Sep 01, 2016 12:00 am
Sakıp Sabancı Museum (SSM) presents the "MACK. Just Light and Color" exhibition by pioneering German painter and sculptor Heinz Mack. The selection features more than 100 artworks by Mack, who is the co-founder of the mid-20th century avant-garde art movement ZERO. The exhibition offers a rich selection of Mack's paintings, sculptures and kinetic art installations, laying his artistic development of 60 years bare for the audience.

Assuming light as a source of life, one of the pioneering artists of German modernism, Mack has been determined to pursue the light with unshaken determination as a personal approach and an influential artistic strategy as well. Mack, who spent his childhood and adolescence among the ruins of post-World War II Germany, shaped his art around light, which throughout history has been the harbinger of a new day and opportunities yet unexplored. He studies light and all the colors it reflects throughout his painting, sculpting and installing progresses just like an explorer. East and West, civilization and nature, light and darkness merge poetically in the artist's quest for absolute beauty.

Mack investigates a universal harmony of the future through his artworks aiming to transform and change human observations and senses as they shaped the building blocks of the international art group ZERO, which the artist co-founded in 1957. The light's power of embracing, defining and transforming is in the heart of Mack's artworks, which he has been producing with discipline and dedication.

After the artist completed his studies as part of ZERO in 1967, he continued to work as a solo artist. His investigative approach to his work began within the Western tradition in which he was born, but went on to draw strength from his desire to understand traditional Eastern knowledge and its intellectual principles. His travels to the places where light expresses itself more openly such as the North Pole and the Sahara Dessert, became the essence of his artworks.

Today, Heinz Mack is at the peak of his career, full of rich artistic accomplishments ranging from the revolutionary echoes of the ZERO Movement to works embracing all continents, kinetic sculptures and canvases that embrace all the colors discernible by the human eye.

Curated by Sakıp Sabancı Museum Director Dr. Nazan Ölçer and art historian and former Exhibitions Secretary of the Royal Academy of Arts in London, Sir Norman Rosenthal, the exhibition "MACK. Just Light and Color" marks the artist's 85th birthday celebrations as well as the 60th anniversary of his artistic life. To celebrate his career, the artist is hosting a series of exhibitions from the Far East to Europe and Turkey.

Heinz Mack's first solo exhibition in Istanbul, where Eastern and Western civilizations have bequeathed a priceless heritage over thousands of years, will be accompanied by a rich program of conferences, education programs, workshops, as well as a comprehensive exhibition catalogue suitable for both scholars and the general public. With the support of Tahincioğlu, "MACK. Just Light and Colour" welcomes art lovers until Sept. 18.
Last Update: Sep 01, 2016 10:24 pm
RELATED TOPICS