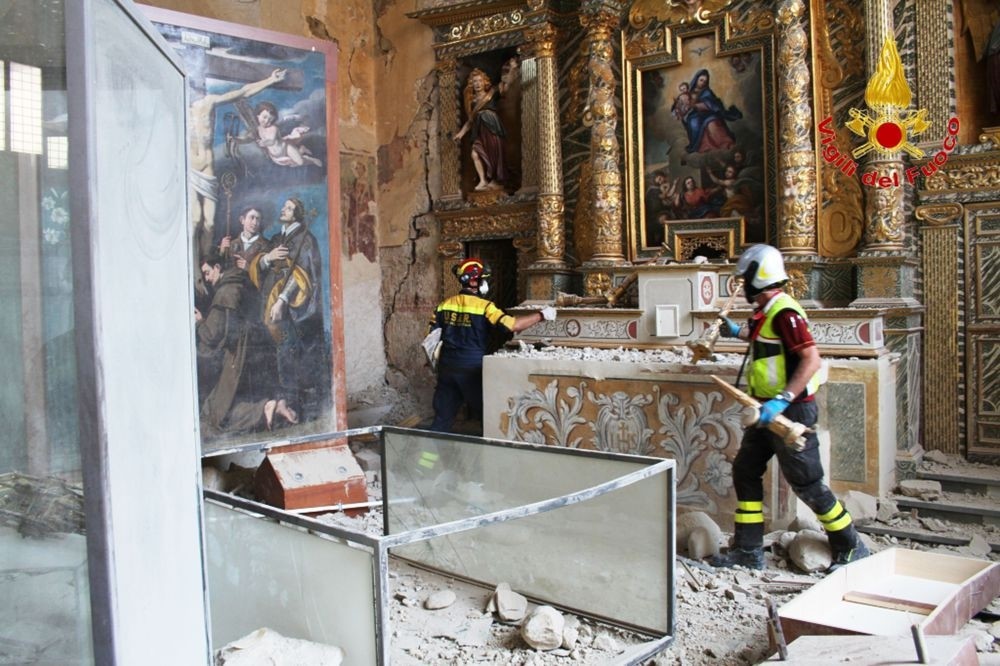 by Sep 05, 2016 12:00 am
Several precious works of art from the 15th and 16th centuries have been salvaged from the museum in the small central Italian town of Amatrice which was ravaged by an earthquake on Aug. 24.

The culture ministry said the pieces included a painting of the Madonna with Child by 16th century Renaissance artist, sculptor and architect Cola dell'Amatrice, as well as silver objects from the 15th century. "The precious works of the museum and the Holy Shroud of Arquata are now safe," said Culture Minister Dario Franceschini.

Nearly 300 people died in the quake. Most were from Amatrice.
RELATED TOPICS