Street art's stars and the cities that nurture them 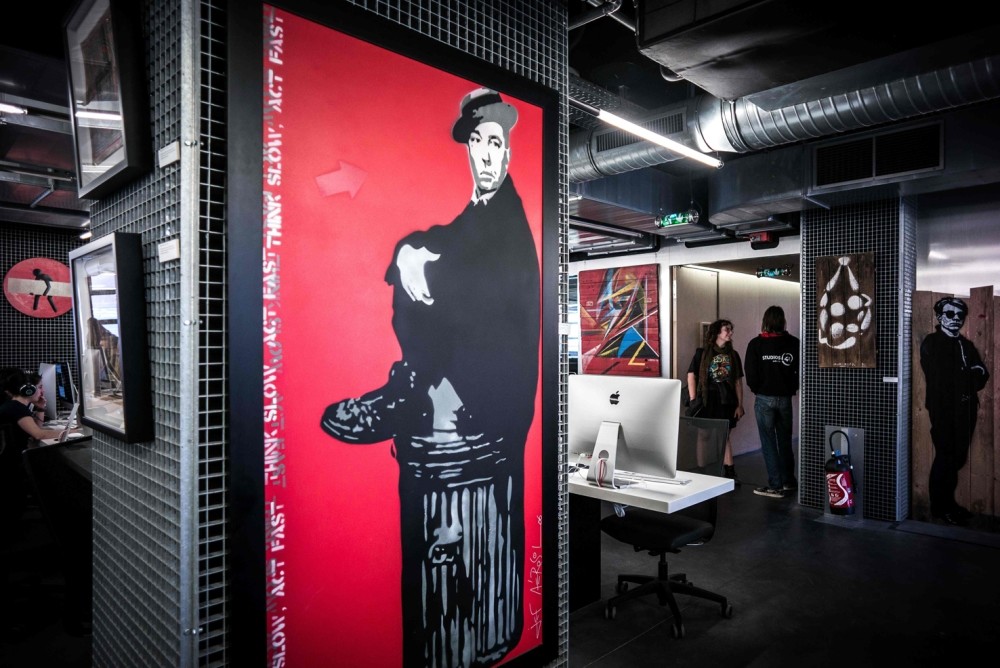 by Oct 05, 2016 12:00 am
With the opening this month in Paris of the first permanent exhibition dedicated to street art, here is a selection of the increasingly lucrative genre's top exponents and the cities that have nurtured them.

The king of them all has to be Britain's Banksy, whose subversive and satirical humour has achieved huge international renown since he surfaced in the 1990s.

Hailing from the underground activist culture of the southwestern city of Bristol, his unmistakeable stencilled output generally features an anti-establishment bent.

In artistic terms, be it on the street or in the gallery, he is emphatically Big League, rubbing shoulders with Damien Hirst for the "Keep it Spotless" collaboration which fetched $1.8 million at Sotheby's in New York in 2008.

Who exactly Banksy is, however, remains a mystery, amid rumours he may be Robert "3D" Del Naja of trip hop band Massive Attack.

Banksy's French counterpart JR started out on the streets of Paris before making waves in a clutch of venues, from Rio's favela slums to Shanghai and New York.

One of JR's most emblematic projects involved collecting some 4,000 portraits via his mobile photo booth truck and putting the resulting "participatory" mass collage on display at the newly restored Pantheon temple in the French capital.

Earlier this year he wrapped the glass Louvre Pyramid in photographic prints, creating a trompe l'oeil effect appearing to make the structure blend into the actual palace facade.

With some 3,000 "invasions" on his CV to date, Invader has on occasion been taken in for questioning by inquisitive US police.

The popular piece of street art had been destroyed by the city's authorities, infuriating residents, and was later re-made for sale.

New York is the cradle of the movement, graffiti artists having used subway tunnels and handy walls as canvases since the late 1960s.

The 1990s saw a move towards the mainstream with the Queens district hosting the 5 Pointz mural space on Long Island.

For two decades, some 1,500 artists had the run of 20,000 square metres (215,000 square feet) of space, creating an open-air museum and tourist magnet -- until the site owner in 2013 had the area demolished for construction of a condominium complex.

Berlin's East Side Gallery -- a 1.3 kilometre (one mile) surviving section of the Berlin Wall -- merits mention with its gallery of 1990 paintings by more than 100 artists from across the globe.

With the site receiving an annual three million visitors, renovation was required in 2009.

London's edgy-but-trendy eastern district of Shoreditch is a true hive of street art in the British capital, "hosting" a raft of Banksy creations that see visitors beat a steady path to the area.

Somewhat less known is Leake Street Tunnel, an "authorised graffiti area" behind Waterloo railway station which lures an alternative crowd. Most output gets covered over on a regular basis.

Banksy, himself involved in turning "a dark forgotten filth pit" into "an oasis of beautiful art", has also fallen victim to this artistic licence at what was for a while dubbed "Banksy Tunnel".
RELATED TOPICS