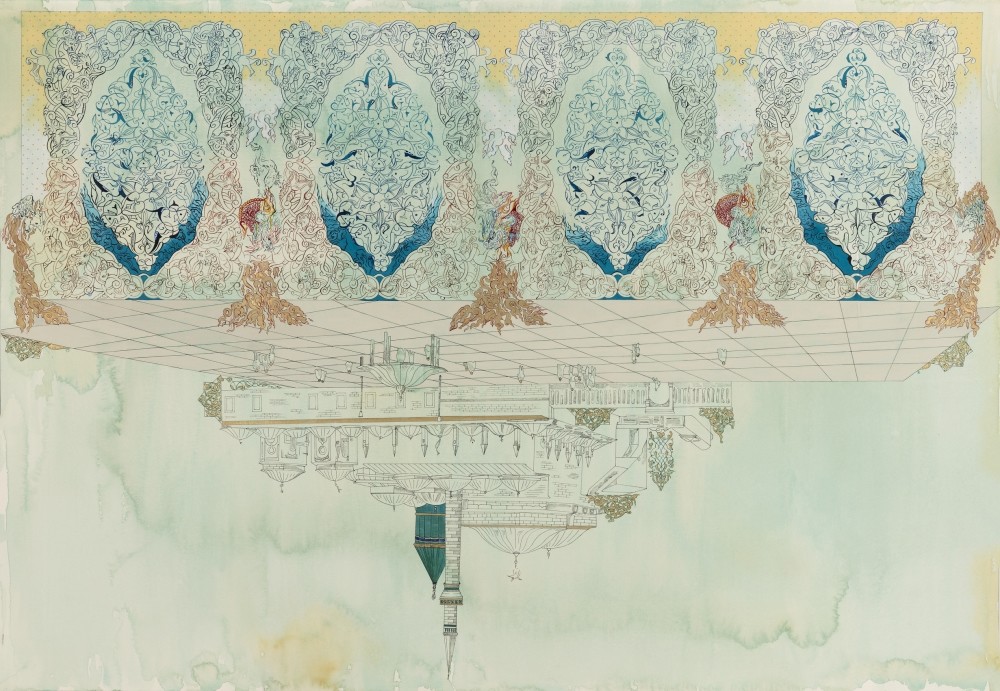 ‘Replaced,' the new show at Istanbul's Rampa Gallery, explores loss and renewal, and continues until Nov. 11

This is an exhibition about loss and its replacement: about how dispossession, in its numerous forms, leads us to renew our existences. Curated by Nicole Dee O'Rourke and Esra Sarıgedik Öktem, Rampa's autumn show "Replaced" brings together works by artists from different continents and generations. Right at the entrance of the gallery there is the "Living So" series by Huo Rf, one of the most promising young artists in Istanbul's contemporary art scene today. Depicted in seven scenes, Huo Rf's work offers us glimpses of his living room and bedroom; the space is represented in its negative and positive versions and the mixture of oil and copper sheet on canvas has an unsettling effect. The evocative chrome shadows in the seven paintings uncannily recreate the memory of one's living quarters.

Another highlight of the show is Hera Büyüktaşçıyan's "The Missing Cuckoo", a work that gets its power from its simplicity. Büyüktaşçıyan has tied 50 handkerchiefs to a wooden cuckoo clock that belonged to her grandmother. The handkerchiefs stretch from the clock to the viewer who is left to wonder whether there is a cuckoo waiting inside the wooden mechanism. Has the bird flown or is it perhaps preparing her escape? The viewer finds herself in the anxious position of waiting. 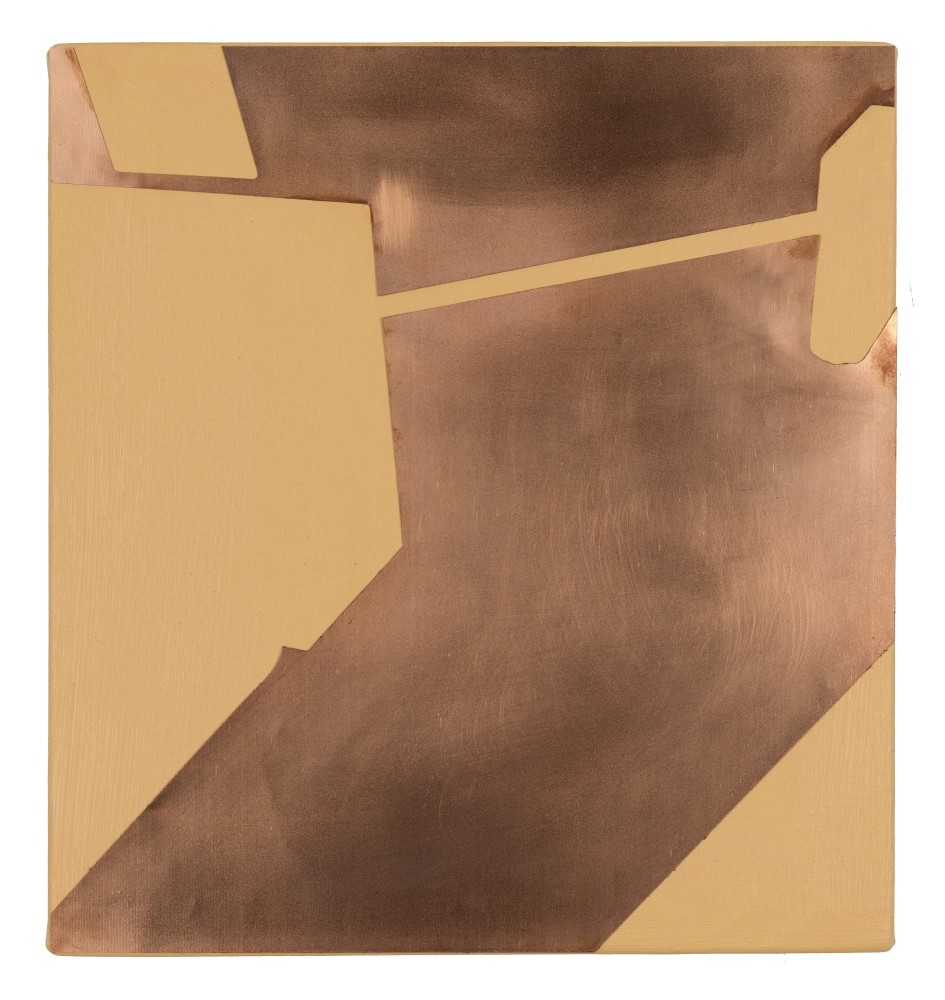 Replacement is the central theme in Servet Koçyiğit's "Wall", a photograph the artist took in Israel. The facade of a building that waits to be destroyed to be reconstructed again piece by piece reveals the mathematics of replacement: every brick has been numbered so as to be able to be re-buildable. The striking image of the facade with its endless numbers is not dissimilar to computer code, with its algorithms and secret instructions intended to inform those who will execute it.

The modernist architecture of the blocks mean little in their moment of annihilation and one wonders what style of architecture will be used in the buildings that will replace them.

"Dispossession is when something is taken away," Nicole Dee O'Rourke and Esra Sarıgedik Öktem write in the exhibition program. "Replaced is about the kinds of dispossessions that supersede material loss, perhaps even proceed or precede it. It is about intangible loss, loss associated with time, or perception, or place, or all--and it is about the way we replace, renew, and re-associate. It is about memory, remembrance, and nostalgia and in some cases forgetting and absence and the replacements made instinctually and sometimes ironically." On the Clemens von Wedemeyer video, they point to the apparent failure of "the late-Modern era, an era associated with a kind of utopic vision of architecture in the city." 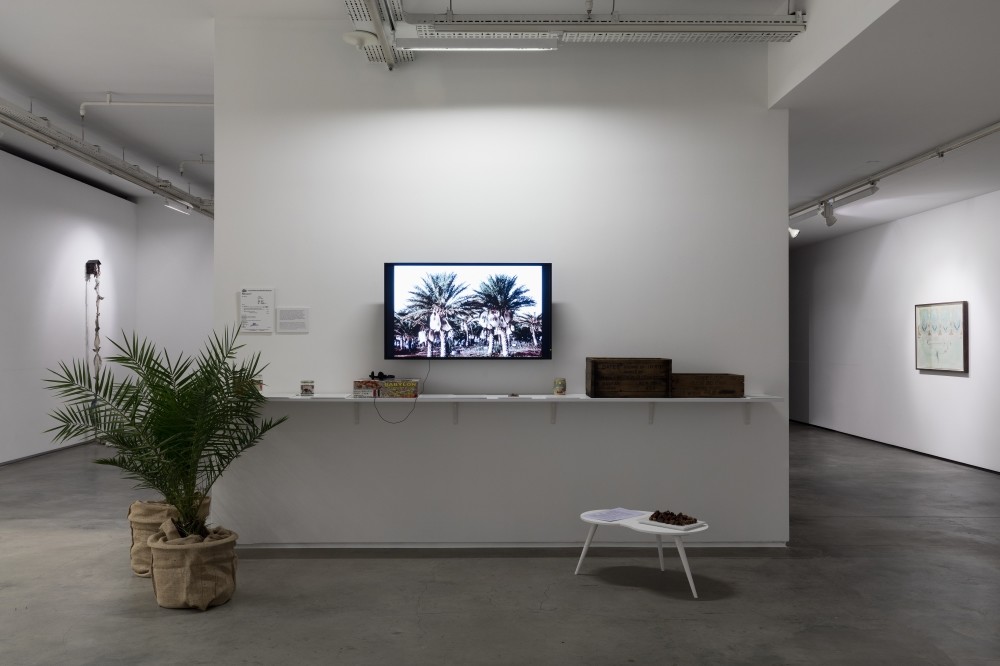 Just like those East German apartment buildings, the elderly institution of marriage is swiftly being replaced these days, according to Erinç Seymen's "Family Values 2", a painting that depicts the nuclear family from 1950s. Members of the family in this painting are hidden behind luxurious food, symbols of material overabundance that conceal the superficiality of the shallow happiness of their marriage.

Perhaps the wittiest work here is Hasan Özgür Top's "Color Catalogue" a brilliantly conceived and executed set of colors whose names refer constantly to political crises in our world. From the orange of political prisoner uniforms to the green zones of the Middle East, this cunning deconstruction of classic RGB and CMYK scales (a total of 32 aluminum prints) investigates the relationship between dispossession and colors.

The work that most strongly dominates the gallery, meanwhile, is Murat Akagündüz's "Kaf Series", five oil paintings that depict the mythical mountain of Kaf. Akagündüz's white on white paintings are based on Google Earth images of mountain tops; he has also included the coordinates of those behind canvases, thanks to Google, the company that makes its fortune by providing unlimited access to universal knowledge while also stripping the world from its real appearances, transforming them into numbers every second.

Hurma (the date fruit) is at the heart of Michael Rakowitz's "Return," an installation that explores the artist's Iraqi grandfather's hurma store in Brooklyn. Founded with the aim to sell dates imported from Iraq into the US, the company found itself in a very uncomfortable position, when sanctions on Iraqi products made it impossible to move dates in-between continents.

"The installation and video recounts this impossible process due to sanctions on Iraqi products by the U.S. government," the curators explain, "and in this way is both a historical account of Iraqi dates and too, the relationship between the Middle East and the US, all under the umbrella of the artist's personal history as an Iraqi-American." The work comprises of two wooden crates, date seeds and saplings, a video, jars belonging to Basra Date Molasses and Ajar Date Molasses. Viewers are invited to taste dates in the boxes.

In Hakan Gürsoytrak's oil painting "Black Fountain", two glasses, with very little left in them, demand the viewer to interpret their meaning. Having been almost completely deprived of their possessions, they are waiting to be replaced and refilled with new liquids, as the viewer experiences the anxious moment of their anticipation.
Last Update: Oct 08, 2016 9:43 am
RELATED TOPICS