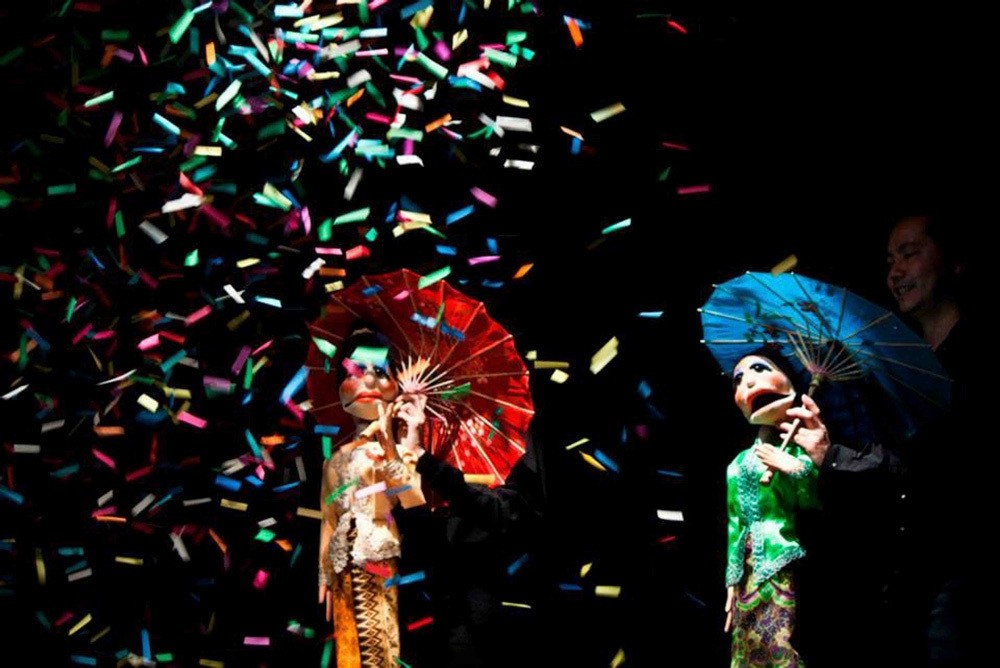 Puppetry, one of the oldest performance arts in the world, assumes a modern identity and comes to Istanbul's art scene this weekend with this year's International Istanbul Puppet Festival

The International Istanbul Puppet Festival, which brings the world's most colorful and distinguished puppet companies and puppeteers to Istanbul every year, is set to take place for the 19th time under the art directorship of Karagöz artist Cengiz Özek. The 19th International Istanbul Puppet Festival is scheduled to open its curtains on Oct. 15 and will continue until the end of the month. The festival is organized by the Istanbul Karagöz Puppet Foundation with the cooperation of the Kingdom of the Netherlands Istanbul Consulate General, the Italian Cultural Center, the French Cultural Center, the Cervantes Cultural Center, the Dimitri Cantemir Romanian Cultural Institute, the Austrian Culture Office and the Republic of Turkey Culture and the Tourism Ministry. 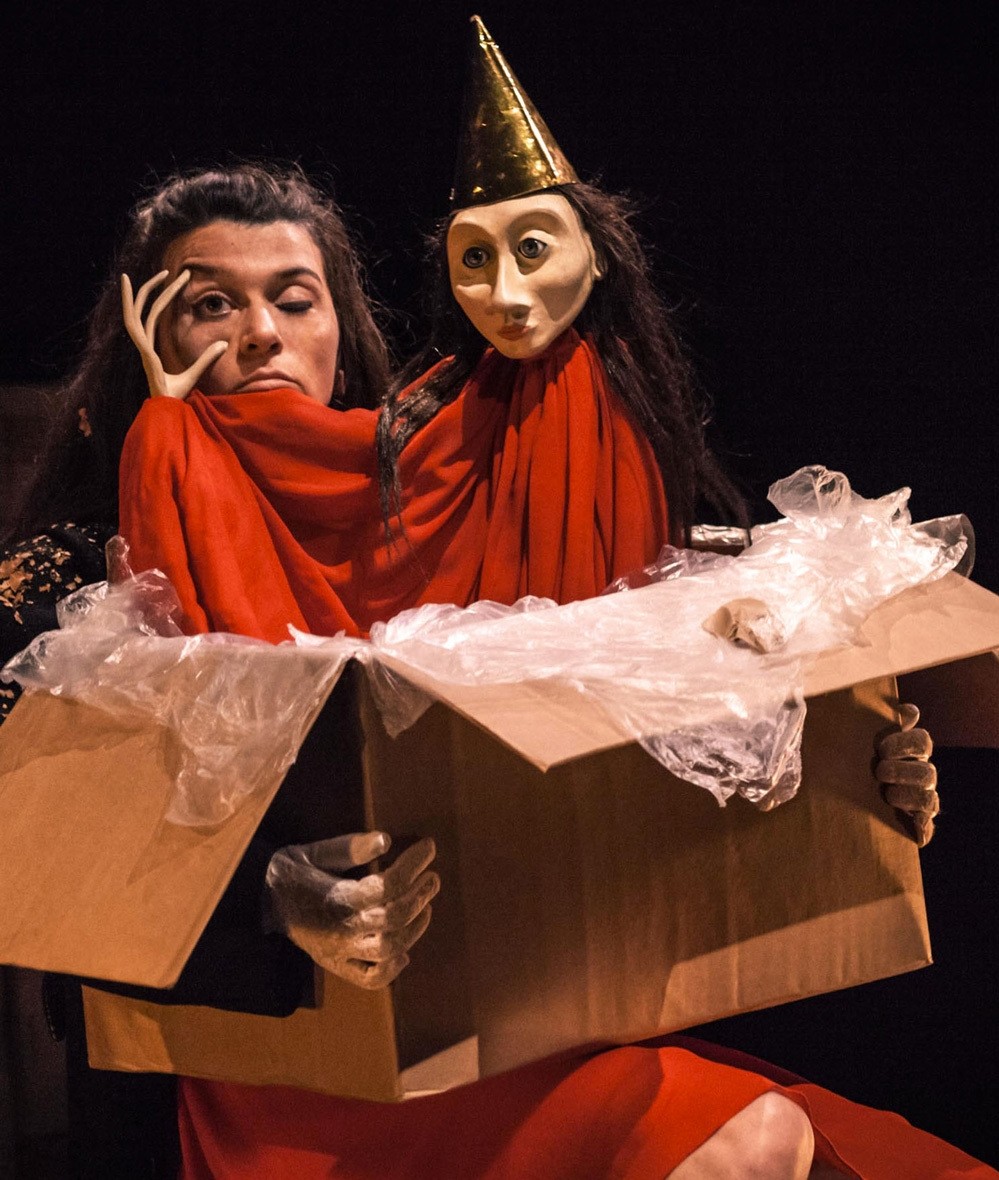 Honoring a centuries-old, traditional Turkish shadow play recognized by the UNESCO World Heritage List, Karagöz will be featured at the puppet festival under the directorship of artist and director Özek, a Karagöz artist and director of the festival aiming to broaden the perspectives of the Turkish audience about puppetry as an art form that contains all performing arts within itself and sparks creativity with its interdisciplinary structure. "At the International Istanbul Puppet Festival, we had a chance to stage solo 'Hamlet' which is a dream for alternative theater; 'Dido' and 'Aenas,' the plays that every prominent opera company dreams to put on stage and Knut Hamsun's 'Hunger' which is revered by literature lovers. We also present various puppet shows from the colorful world of the Vaudeville Theater to Bunraku and water puppets, which are the selected examples of traditional puppetry and the most avant-garde puppet shows that have ever been staged in the world, to art and puppet lovers alike in Istanbul. We show people that puppetry is a magical art form that comes into being by giving life to an object or objects on the stage. This art form, which is usually associated with children, can reach people of all ages and even art lovers with the most sophisticated taste in art," Özek said.

The puppets will take over Istanbul's art scene starting from Oct. 15. This year, the International Istanbul Puppet Festival features seven plays by Turkish companies and 12 international puppet companies from 10 different countries around the globe. While the Turkish companies and puppet artists are listed as Meddah Yapım, Tiyatrotem, Cengiz Özek, Gösteri Sanatları Merkezi, Emin Şenyer and Tiyatro Gülgeç, the international theaters are listed as Karin Schafer Figurentheater from Austria, Vlinders Theater & Co from Belgium, Cinemarionette and Mala Strana Company from France, the Ananda Puijk Company from the Netherlands, Jordi Bertran and Joan Baixas from Spain, Pulcinella di Mare from Italy, Markus Zinhaz from Hungary, the Tandarica Theatre from Romania, Puppet and Mascot Specialists from Singapore and the Antamapantahou company from Greece. 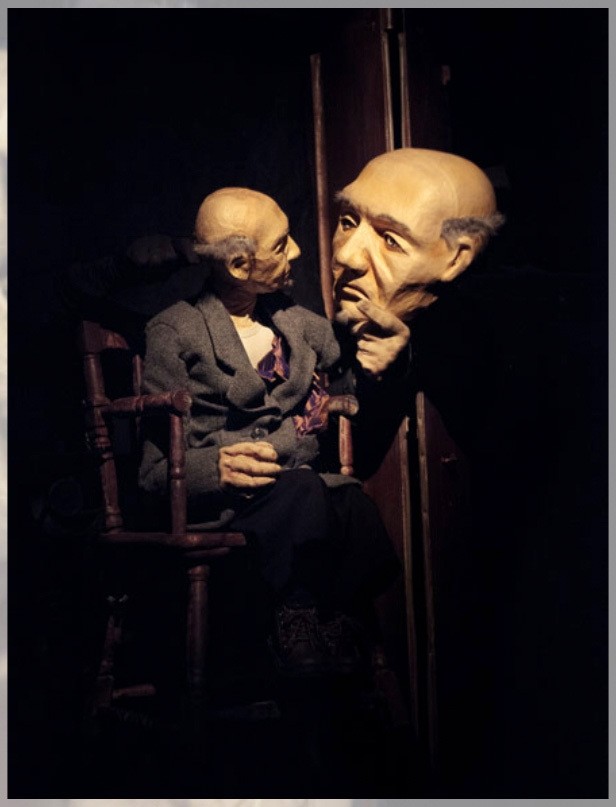 Apart from puppet shows, the 19th International Istanbul Puppet Festival stands out with exhibitions that are held throughout the festival, namely, the "Karagöz's Word" exhibition which will present art-lovers with Karagöz figures made by Karagöz master Cengiz Özek. The exhibition will be supported by Karagöz-themed works by artists such as Mengü Ertel, Yurdaer Altintaş and Nuri Abaç. The art lovers will be able to observe the journey that the Turkish Shadow Theatre has taken with exclusive graphic designs created by Stefan Carelius. This exhibition will also be supported by examples of figures featured in the World Shadow Theater movement. The exhibitions will be open until Dec. 10 at the Küçükçekmece Municipality Cultural Center.

The target audience of the plays embraces audience members of all ages, exemplifying traditional examples of puppetry such as Pulcinella and Karagöz in productions displaying the artistry of theatre, dance and masquerades. Moreover, sincere and cozy plays such as "Pepe's Cabinet" from Austria and the highly sophisticated play that uses puppet movement to question identity such as "Transit" will be featured. Plays that concentrate on the relationship between music and puppetry such as the Greek play "Corded Musical" and Spain's "Visual Poems" will also be performed. Productions inspired by Eastern stories such as Austria's "Dragon Ships" will also be staged as part of the international puppet festival. Additionally, the festival will have children's workshops where little ones can learn how to create their own Karagöz figures under the instruction of Cengiz Özek. All in all, the International Istanbul Puppet Festival will greet its audience with a program full of many unique styles and techniques that strike the fancy of any age group.

Tickets can be purchased online at biletinial.com, while tickets for the shows at Akbank Sanat can be purchased from biletix.com. Some of the workshops and the plays are free of charge and visitors can also purchase tickets at the door one hour before show time.
RELATED TOPICS