Istanbul's Design Biennial is all about the body 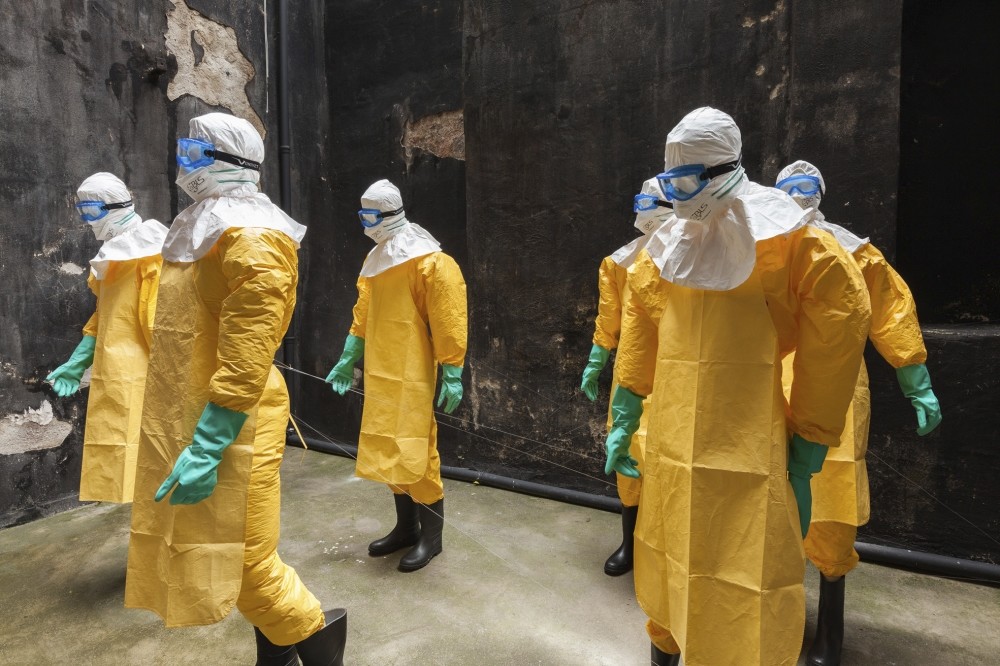 In the 3rd Istanbul Design Biennial, curators Beatriz Colomina and Mark Wigley collaborate with over 250 participants to explore the relationship between bodies and design

On a sunny day not long ago, a large crowd of designers, curators and journalists could be seen sipping coffee and tea on the roof of the Galata Greek School in Istanbul's Karaköy neighborhood. The breezy and rainy week was moving towards a hot finale, and numerous members of this joyful community of design aficionados were carrying tote-bags that asked a strange question: "Are we human?" This is also the title of this year's Istanbul Design Biennial, which continues until Nov. 20 at five venues in the city: Galata Greek Primary School, Depo in Karaköy, Alt Art Space in Bomonti, Studio-X Istanbul on Meclis-i Mebusan Caddesi and the Archaeological Museums in Sultanhahmet. 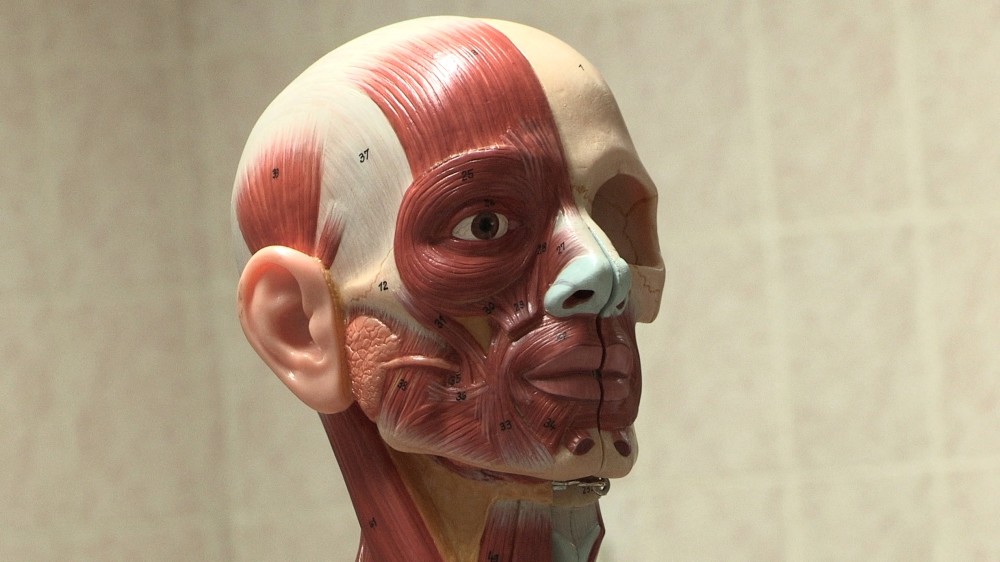 As the conversation deepened on the roof of the Greek School, Beatriz Colomina and Mark Wigley, the curators of this year's event, materialized at the podium and began what turned out to be a lengthy conversation about the nature of design, frequently reminding the audience that everything around us in cities like Istanbul had nothing natural about them. Just leave your house at 7 a.m. and by noon you will be exposed to intense amounts of design: There is no escape, however hard you try. "Design has gone viral," Colomina and Wigley said, adding: "It has infused every dimension of human and non-human life. Design has become a geological force -- a symptom of the world rather than a way to think about the world. Design itself has to be rethought."

On Dec. 1, 2015, Colomina and Wigley arrived at the library of the Istanbul Archaeological Museums for the Biennial Manifesto Launch. There, surrounded by the books of Osman Hamdi Bey, the famous Ottoman painter, archaeologist and the pioneer of Turkey's curators, they asked choreographers, historians, scientists, artists and architects to respond to their proposal. The goal of this design biennial, they said, would be to "assemble an archive and working library of research into the history of design and industry in Turkey over the last 200 years." 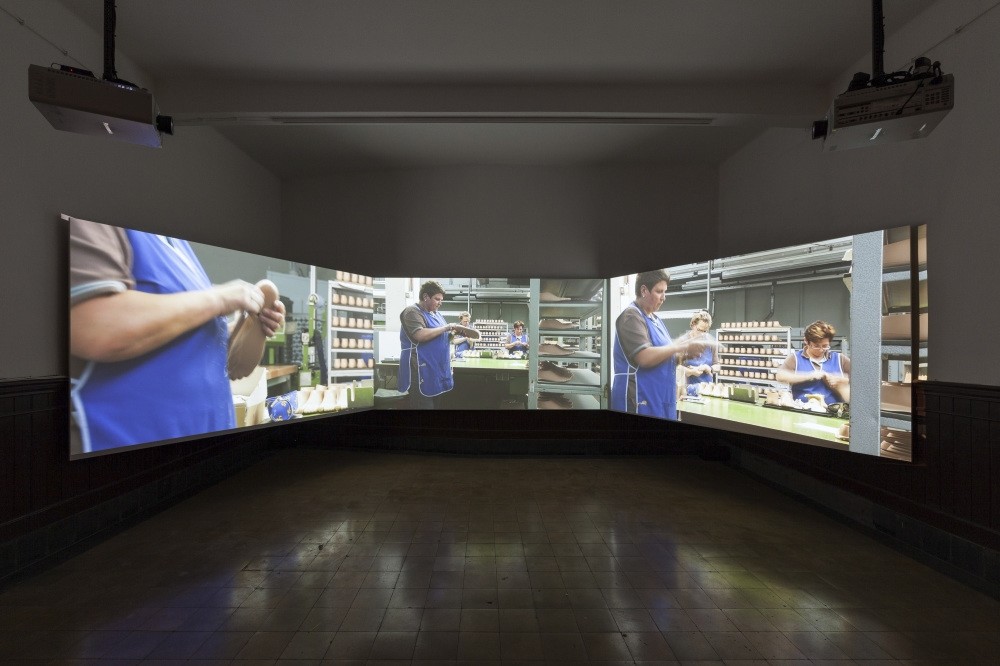 Daniel Eisenberg's "The Unstable Object" is a three-channel video installation.

But it turned out that the scope of the biennial would be much larger than this: Curators went back to the footprints of Neolithic inhabitants of Istanbul 8,500 years ago. Images of these footprints, unearthed during the dig for the Marmaray tunnel under the Bosporus years ago, introduced prospective participants to another theme of the biennial. "You can see from the smooth outline that it is the imprint of a shoe, not of a foot. It is the imprint of a human technology." Design was prehistoric, in other words. Its overwhelming presence in life was seen not only in the Neolithic age but also in NASA's space program: "Here is the footprint of Neil Armstrong on the moon, made possible by a

The motto of this year's event can be summed up in these words: "Design needs to be redesigned." Curators say we can no longer reassure ourselves with the idea of "good design," and in our age of lawlessness, climate change and migration crises, it is crucial to acknowledge how things like weather and the human genome are being redesigned. "Design is always design of the human," their manifesto reads. "The human is the designing animal. Our species is completely suspended in endless layers of design. Design radically expands human capability. Design routinely constructs radical inequalities. Design is even the design of neglect. 'Good design' is an anesthetic. Design without anesthetic asks urgent questions about our humanity."

After Colomona and Wigley left the podium, the crowd started wandering on floors of the Greek School. Ali Kazma's video "Anatomy" was one of the most sought-after works. Known for his meticulous video explorations of curious and often distant technical worlds, Kazma had chosen to shoot his new work at a medical school in Istanbul. His video depicts students who examine a cadaver with their professor; their exploration of the cadaver reveals all the systems embedded within a body: a work of perfect design.

In Daniel Eisenberg's "The Unstable Object II," a three-channel installation, the body was again the central subject. Eisenberg's video looks at a facility of the German prosthetics company Ottobock that produces and sells prosthetic legs, feet, arms and hands. "Each object produced at the factory must be custom-fitted, so by its very nature, the factory employs one of the most advanced forms of individualized mass production." Hands also dominate Madelon V

riesendrop's "The Hand - The Whole Man in Miniature," an installation that looks at the hand as a symbol, gesture, conceptual tool, structural anatomy and thinking organ. Apparently, our hands have little chance of escaping the interest of designers.

In their installation "The Immortal," Revital Cohen and Tuur Van Balen used a number of machines to create a circuit reflecting the Western view of the body. The artists say their installation has been the result of "an irrational, laborious and ambitious quest - the creation of a Frankenstein-esque system built of advanced medical equipment." Their curious exploration of medical equipment carries echoes of "Going Fluid: The Cosmetic Protocols of Gangnam," Common Accounts' exploration of Korea's plastic surgery industry, also on display at the Greek School.

Seoul, a city that hosts 356 plastic surgery clinics, has recently turned into a place where "the will to redesign oneself is no longer a private affair." Common Accounts approaches the design of the human through a curious angle, arguing that the design of one's face translates into the design of the city. "When you choose your new nose from a clinic catalogue, you're funding, commenting on, like-ing, favorite-ing, editing, and subscribing to - effectively producing - an urban district," they say. After all, one needs the help of numerous urban tools (from neck pillows to automated beds) after the plastic surgery.

As we made our way outside the Greek School and into the hot Istanbul noon, it felt difficult to ignore signs and traces of design in the city where the bodies of visitors and the city's topography seemed irreversibly intertwined.
RELATED TOPICS