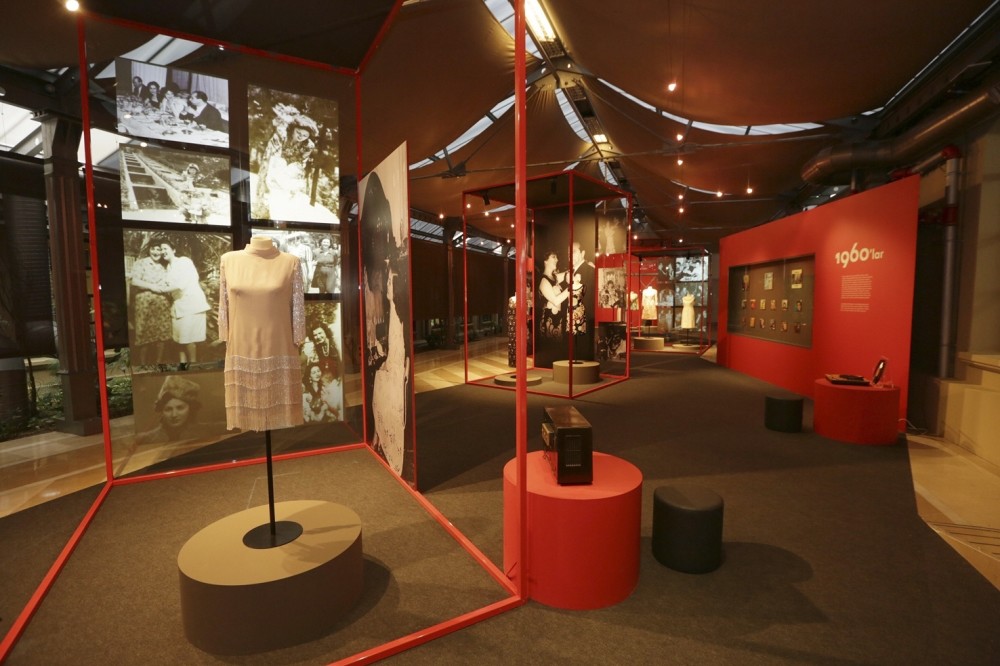 by Zeynep Esra İstanbullu Nov 02, 2016 12:00 am
The exhibition titled, "Rezan Has: 90 Years of Savoir-Vivre," is an open door into the colorful life of this renowned philanthropist of the early Republican era, whose personal collection, acquired over 50 years, chronicles the modernization process in Turkey which began in 1923 and the effects of Western culture on the social lives of Istanbulites. The pieces featured in the exhibition include a selection of records and objects Has used in her daily life, as well as photographs which shed light on the historic periods of the early Republican era.Here, visitors will have the chance to view unique pieces from the famous culture and art circles of the 1950s, records from the 1960s music industry and how social norms evolved after the coup of 1980.

Has spent her childhood both in the Kanlıca district of Istanbul and in Kayseri's Germir region. She was the second of five children and completed secondary school in Kayseri before transferring to Istanbul Kandilli Girls High School. In 1942, her path crossed with Kadir Has, who is also a member of another well-known family from Kayseri. The two eventually moved to Istanbul in 1960.

Has provided financial support and other contributions to many institutions in Turkey and has since been immortalized for her devotion to art and culture with the museum that was erected in her name. Rezan Has provided donations to educational, cultural, artistic and medical institutions and made immense contributions to social and cultural life in Turkey. The legacy of her charity work continues through the "Kadir Has Foundation," which she founded with her husband in 1991. Her impeccable taste in art, humble character and devotion to her faith, family and country make Has a prime example of the modern woman in Turkey.
RELATED TOPICS