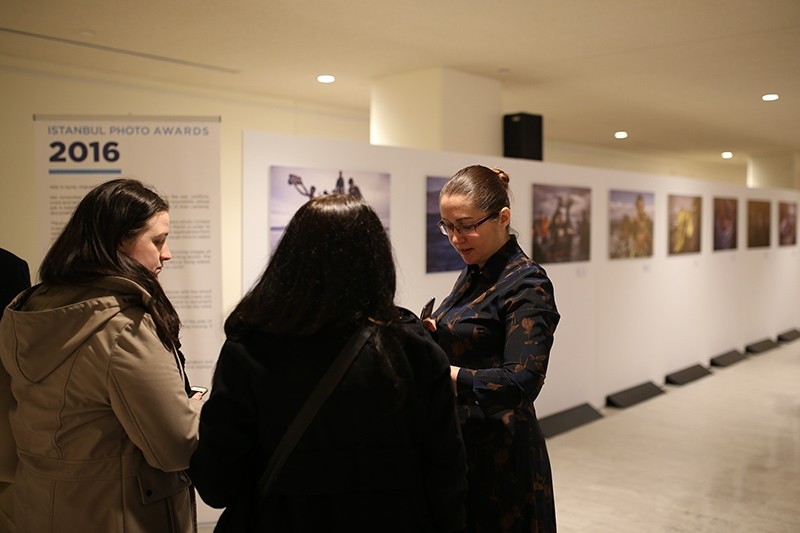 Anadolu Agency and the Turkish mission on Monday launched the Istanbul Photo Awards (IPA) exhibition at the UN headquarters in New York City.

Monday's exhibition presents an award-winning selection of nearly two dozen photographs from the news and sports categories from last year's IPA contest, chosen from a total of 13,000 entries.

The contest, which features a jury of world-renowned figures, attracted admissions from almost 3,900 photographers living in 84 countries, cementing its international status in its second year.

In both years, the winning image went on to be awarded a Pulitzer Prize shortly after.

Anadolu Agency Visual News Editor-in-Chief Ahmet Sel inaugurated the exhibition with a speech, in which he stressed the news agency's attention to photography as "the most influential medium of communication".

"And we seek to give substance to this perspective by supporting photojournalists, whose work, often performed under threats to their lives, empowers us to be a witness to humanitarian tragedies around the world," Sel said.

"This is the raison d'etre for Istanbul Photo Awards," he added.

Sel announced the contest would grow in 2017, with new categories for portraiture and wildlife photography added to the mix "to create more venues for honoring success".

There will also be a new prize in 2017 to support young talent in photojournalism, he added.

The exhibition will be displayed next to the Vienna Cafe at the UN premises.

Monday's launch was attended by Turkey's permanent representative to the U.N., Feridun Sinirlioglu, and a member of Anadolu Agency's Board of Directors, Muhammet Salih Demirkan.