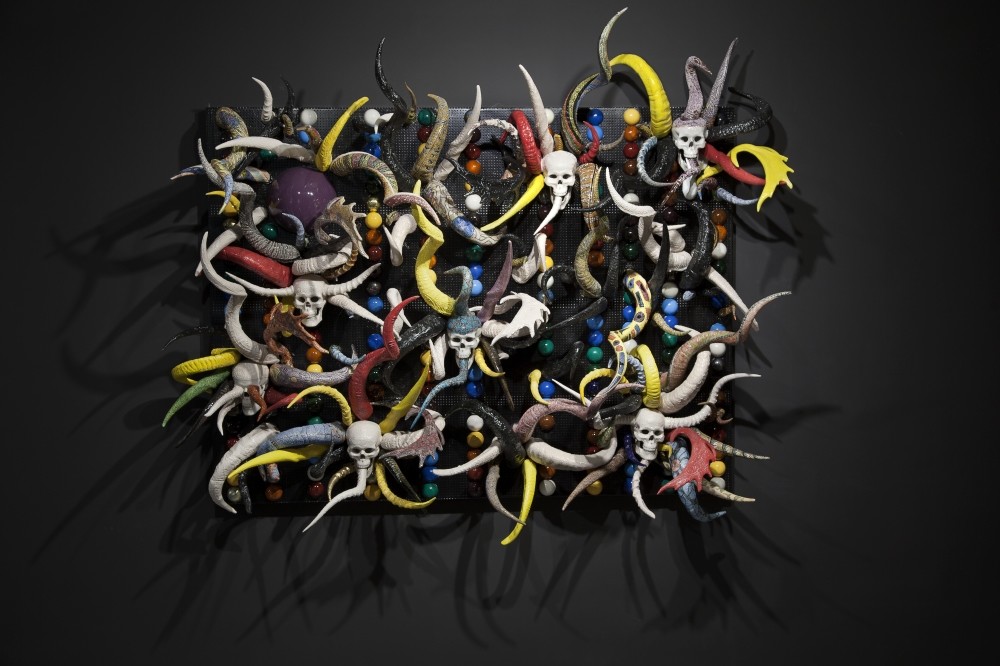 Accomplished Turkish artist Ahmet Güneştekin has opened a new exhibition at the Contemporary Istanbul Art Fair, focusing on the Dhul-Qarnayn story found in the Quran and the Torah, as well as other mythologic characters of ancient Mesopotamia, with an eye-catching design created with mirrors and metals

The Marlborough Gallery is displaying Turkish artist Ahmet Güneştekin's Dhul-Qarnayn-inspired works for the first time at Contemporary Istanbul. Among Güneştekin's works formed around the themes of journey and immortality, the installation titled "Journey for Immortality," which is made of thousands of metal pieces and mirrors, stands out. 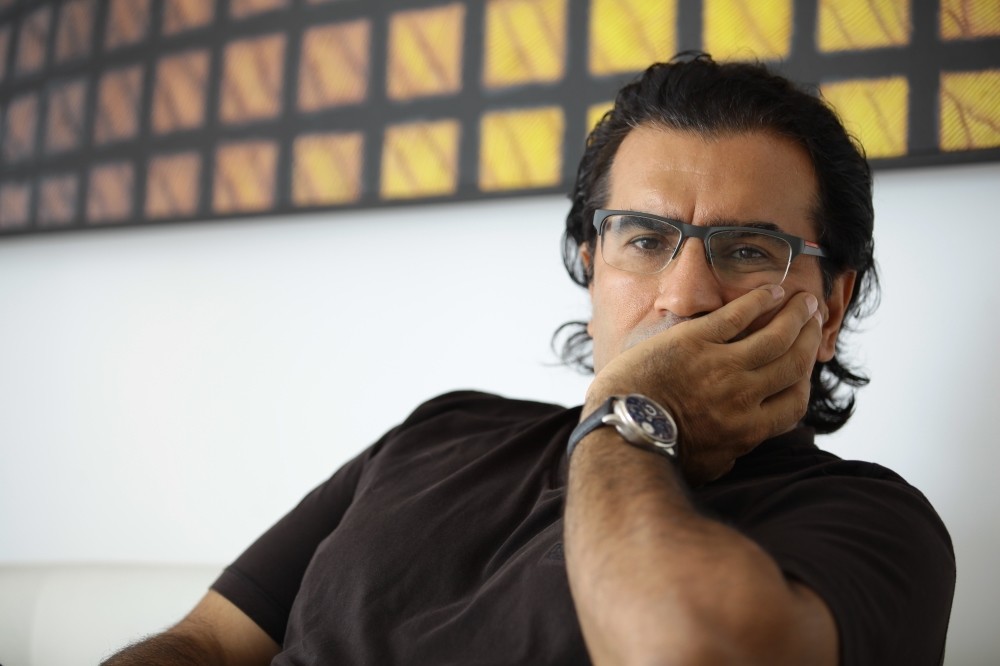 Güneştekin's works in the Dhul-Qarnayn series can be considered as the visual representations of the character of Dhul-Qarnayn, who is mentioned in Surah Al-Kahf's 83 and the 101st ayats in the Quran, and also in the Torah. Dhul-Qarnayn, whose lexical meaning is "he of the two horns" as well as "he who belongs to the second century," is a figure that the artist came across during his travels. As the story goes on, a Dhul-Qarnayn set off on three journeys which include places where the sun sets and rises and some places in between. With the help of his supernatural powers, he completes impossible tasks such as building a huge wall to protect people from Yecüc and Mecüc while managing the light and darkness as he goes on with his tasks. 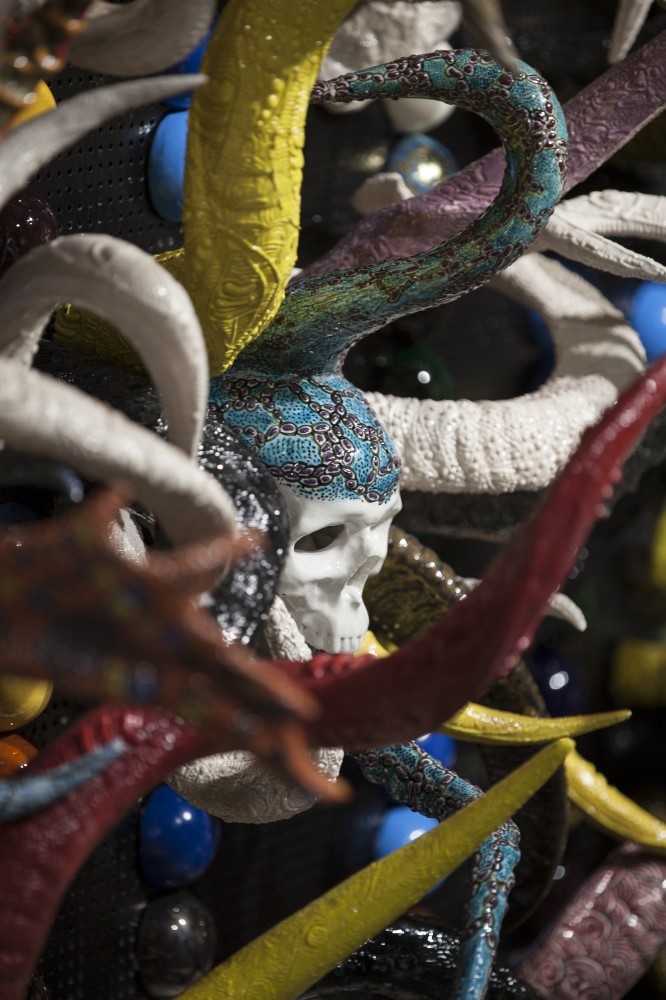 Although the story of Dhul-Qarnayn is said to be originated from the Quran, in fact, the story goes back to the first written source of mankind. This source was a poem that was written as cuneiform scripts on stone tablets 3,500 years ago in the land of Babylon. The poem tells the story of the poetic journey of Gilgamesh, the king of Urak, in a search for immortality. "The Epic of Gilgamesh," which is a puzzling masterpiece that mesmerized our forefathers for centuries, manages to touch upon the universal and human values transcending time and place despite the fact that it is as old as the invention of writing. Gilgamesh is a strong, courageous and matchless ruler as well as a magnificent and dazzling warrior. During his quest for immortality, he kills the Bull of the Skies, cuts off its horns and puts them on his own head. Thus, Gilgamesh does not only become one with the strength of the Bull but also with its soul.

Güneştekin builds his works in the Dhul-Qarnayn series around these horns and uses them as an essential detail and asserts that Dhul-Qarnayn might be the same person as Gilgamesh. The artist is not in search for a direct match; however, he reconstructs Dhul-Qarnayn's journey according to his personal experiences.

The artist believes the shock Dhul-Qarnayn experiences upon encountering lives and the way of thinking of people from different tribes bears a resemblance with Gilgamesh's epic journey, and this belief encouraged Güneştekin to create his works around the theme of Dhul-Qarnayn.

A certain tribe catches the attention of Dhul-Qarnayn because of their differences during his travels. The tribe is humble, fair and merciful. They bury their dead in front of their houses and the houses have no doors. Moreover, this tribe does not have a leader or a judge; they live without making a distinction between the poor and the wealthy and killing living creatures, including humans, who have no place in their lives.

Güneştekin creates the philosophy of his works after seeing the undeniable resemblance between the tribe that Dhul-Qarnayn comes across in his journey and the Yazidis who have lived in Mesopotamia since ancient times. In the context of co-existing with differences, the artist believes that man's place on this earth is a relation of forces and he adopts the idea of all the elements that create life as a relation of forces. In his works, Güneştekin embraces life in a broad sense, including death. The artist embodies his implications through Dhul-Qarnayn-Gilgamesh, a character who is on a quest for immortality at Contemporary Istanbul.

Güneştekin's work "Journey for Immortality" is built with the horns of 12 different boars from four continents. Each of the horns and skulls referring to immortality is engraved with patterns that were inspired by the re-interpretation of the mythological stories by the artist. The installation was built with thousands of metal pieces and mirrors. Güneştekin claims that Dhul-Qarnayn's journey does not take place from west to east as it is claimed in written sources, but from east to west, emphasizing that Dhul-Qarnayn's journey overlaps with his personal journey.

The works of Güneştekin, who has dedicated the last 20 years of his life to discovering Anatolia and Mesopotamia, and who transforms his discoveries and their connection to recollection and traditions into the images of his own artistic language, are open to visitors at the Marlborough Gallery's stand at Contemporary Istanbul until Nov. 6.
RELATED TOPICS