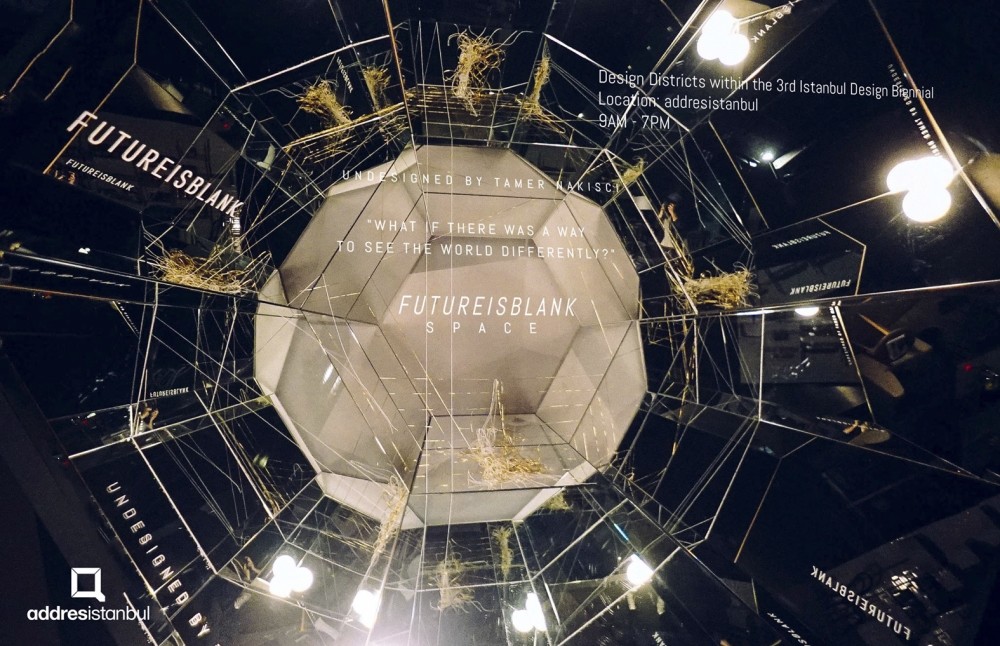 by Daily Sabah Nov 08, 2016 12:00 am
"Undesigned," an interactive mirror installation created by designer Tamer Nakışçı as a part of the 3rd Istanbul Design Biennial, was opened for visitors at AddressIstanbul in Şişli.

Speaking to Anadolu Agency about his artwork, Nakışçı said he started off with a cube. Pointing out that his artwork was created as part of the "Future is Blank" project, his work is on display at the biennial's "Creative Neighborhoods" section. Nakışçı said, "We can think of this project as a kaleidoscope consisting of huge mirrors, but these mirrors are big enough for you to get inside."

Stressing that the inside of the mirrors are empty and undesigned, the artist said, "Since the design biennial's theme is 'Are We Human?' I tried to put forward a project by the people and taking shape with an idea they came up with once they get inside," adding that he wanted to share the potential that can be brought by the people, rather than sharing a finished one.

Suggesting that in life nothing stays the same, Tamer Nakışçı said everything is in transition and motion and that's what he wanted to convey in the project. "You can create very beautiful imagery, but you cannot see it like you do on the first day of its development and motion is out of question and it has the same images that you saw a couple of days ago," Nakışçı said. "If its whole perception changes when you change something with one touch, this brings out something entirely different and it means including people in that creative process. Since the human concept is the basis of the design biennial, it is where it comes to life."

Winning numerous international awards such as the Design Plus, Red Dot, iF product with his designs, Nakışçı's mirror installation will stay open until Nov. 20.
RELATED TOPICS