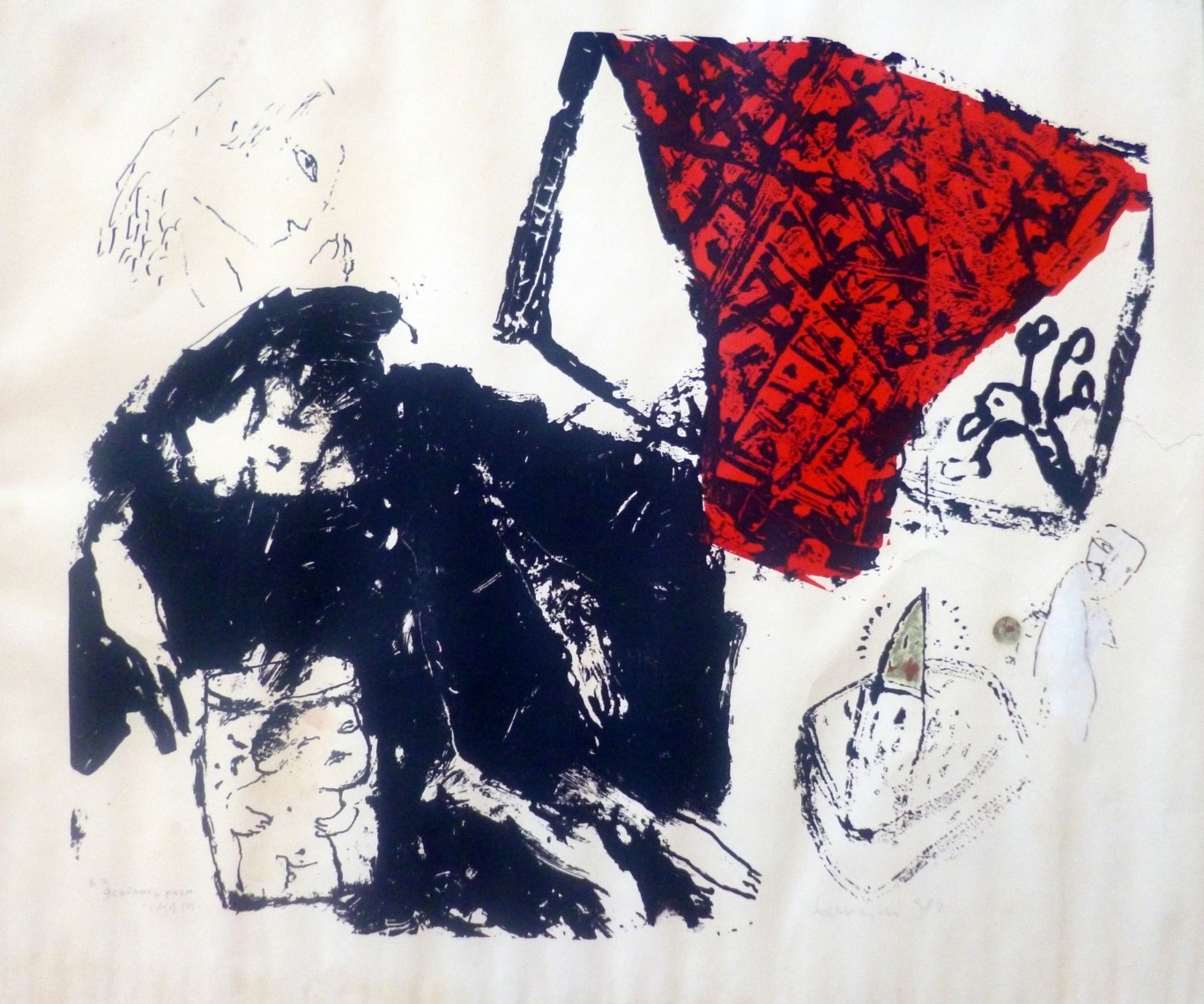 by Daily Sabah Nov 14, 2016 12:00 am
Istanbul Kültür University's Art Gallery is hosting veteran Turkish artist Burhan Uygur's works for the gallery's second exhibition of the season. The exhibition titled "Zamanın Sarkacındaki Adam" (Man on the Pendulum of Time), will be open until Nov. 23 and showcases 20 of late Uygur's works, along with a feature video installation demonstrating his art and him as an artist.

Uygur caught the eye of his instructor, famous painter Bedri Rahmi Eyüpoğlu, with his talent in design while he was still a student at the State Fine Arts Academy, modern day Mimar Sinan Fine Arts University. Uygur's works embrace both theme and style presenting themselves as complementary works. "My paintings give me life as I give life to them," said Uygur about his work. The artist was rare in the Turkish art world with his use of the color white in various shades. Throughout his life, Uygur was influenced by fellow artists like Paul Klee, Pierre Bonnard and James Ensor, however, he was able to utilize their style within his artistic identity to create an original style.

Although, figurative tendencies were on the decline in the 1950s due to the developments in abstract paintings, Uygur's active artistry stands out in the art world and fellow Turkish painters followed suit, returning to figurative painting in the 60s.

Uygur, who created some of his best works in the late 70s and early 80s, won various awards for his art including a title at the Istanbul Festival in a competition organized by the Archaeology Museum in 1976, an award and an honorable mention at the open air exhibition at the Istanbul Painting and sculpture Museum in 1976, the Sedat Simavi Foundation Fine Arts Award in 1978 and the Abdi İpekçi Peace and Friendship Foundation Honorable Mention in 1983.
RELATED TOPICS