One and only Turk in Bollywood sings in Turkish 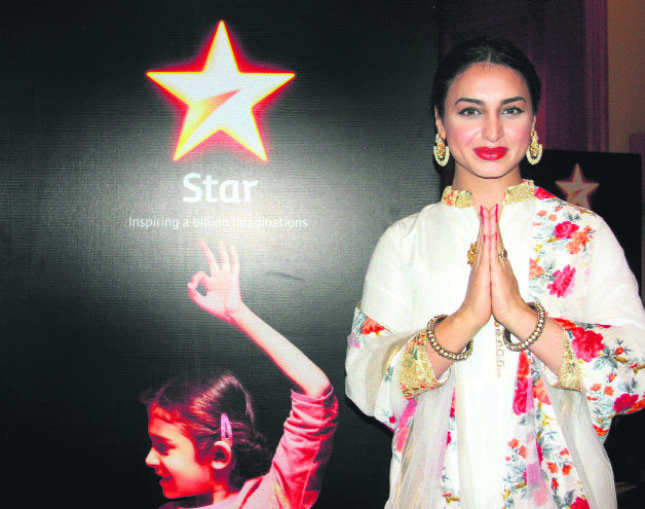 While there are Russian, British and American actresses in Bollywood, Gu00fcven is the first Turkish actress. In her new film, u201cPratichhaya,u201d she sings in Turkish.
by Anadolu Agency
Jan 02, 2017 12:00 am
The only Turkish actress in Bollywood, Süha Gezen's second film "Pratichhaya" will be out in October and she has a surprise for us: She sings in Turkish in this new film.

Speaking to Anadolu Agency (AA) Gezen noted that she sang both in Turkish and Indian in this new film and spoke of her love for Bollywood films since her childhood. "Some children used to watch Tom and Jerry. For me, TV was all about Bollywood films. I used to stay glued to the TV for three hours," said Gezen.

Gezen's first film was "Shorgul" in 2015 and playing a Muslim Indian girl from a village, the 29-year-old actress says the movie was a mix between a love story and political drama depicting the war between Hindus and Muslims.

In this new film, "Pratichhaya," she sings in Turkish. Gezen says she's very proud of being Turkish and the crew even filmed in Turkey. "There are many songs sung in English in Bollywood but our culture, our songs are beautiful. Our music teacher liked me singing so she encouraged me to add something from myself. So I did," said Gezen and added that she wanted to introduce Turkey to India not only with its cuisine but also with its songs.

Currently residing in Mumbai, India, Gezen told that her first film was shot in Lucknow and the second in Manali. She speaks Indian in her films and says as she was a fan of Bollywood since an early age, she was tired of dubbing and wanted to hear actors' real voices. "When you hear the conversation in Turkish, the songs, didn't fit well. So I started watching these movies in their original language. I soon realized that I started understanding it. I worked at the airport and used to practice my Indian when Indian tourists came. I hired a private teacher to gain self-confidence as I was afraid of speaking at the beginning. I overcame it in time," Gezen noted.

She also informed that while there are Russian, British and American actresses in Bollywood, she is the first Turkish actress and she is both happy and sad at the same time as despite the quality of acting in Turkish series, Turkish TV series are not really known in India.

Gezen is very fond of Indian culture and noted that there is a saying in India about how people either hate or love India; there is no middle as you see both the richness and the poverty. "Their culture is very similar to ours. Indians are very respectful toward their elders. The way they stand up or sit down when they have guests is also similar. Another thing I like is that they celebrate our holidays. For example, they come and hug me to celebrate my Ramadan. They also celebrate Christian holidays," Gezen noted and added that even though she is not knowledgeable about small cities, she knows that people from different cultures can easily live side by side in large cities like Mumbai. Her parents were originally from Gaziantep, however, Gezen was born in Stuttgart and raised in Munich in Germany. She is also a fan of Turkish cinema and loved and followed music in classical Turkish films starring actors and actresses like Adile Naşit, Kemal Sunal, Türkan Şoray, Kadir İnanır, Cüneyt Arkın and Ediz Hun. The young actress also said if she gets a chance she'd like to get into Turkish cinema as well.