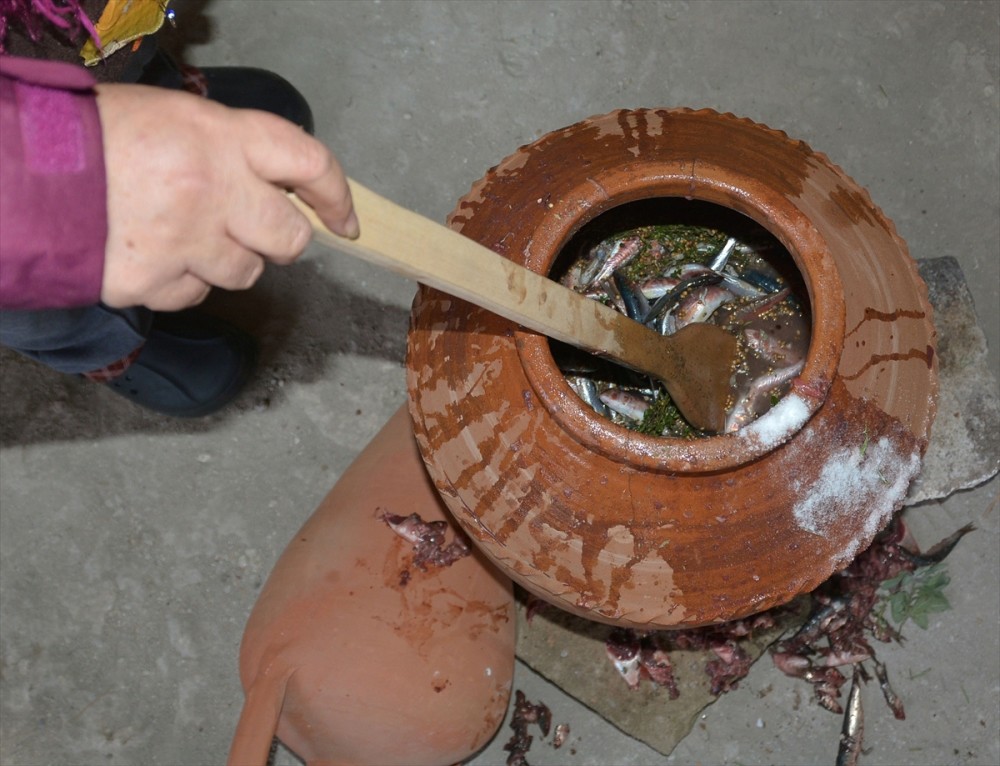 by Anadolu Agency Jan 03, 2017 12:00 am
A project aiming to recreate the journey of Aeneas, who set sail for Italy from the ancient Greek city of Antandrus in the modern-day city of Edremit in Turkey's Balıkesir province.

Ships will follow the ancient route that was followed by Aeneas, who is considered as the forefather of the founders of the Roman Empire.

As excavations in the ancient city of Antandrus continue as a part of the project, archaeologists have discovered a recipe for a sauce in a Roman villa's garden which was prepared from the internal organs of certain fish, various plants, sea water and salt to provide iodine to the inhabitants of the city.

The 3,000 year-old recipe for "garum sauce" has recently been remade after thousands of years.

Garum sauce will be offered to the guests of the "Aeneas Route Workshop," which is set to take place in May 2017 with the participation of 22 municipalities from Greece, Albania and Italy.

Erhan Şeker, one of the gourmet chefs who created the sauce, offered insights about the preparation of the sauce and its history. He said garum sauce, also known as "Lekomen Sauce," which is very salty and fishy, was used back in the ancient times and contains a lot of spices.

Şeker informed that the sauce is still used in the Far East and many other countries around the world, saying: "We will also use fish and their internal organs in the sauce that we will make for the workshop. The preparation of this sauce shows regional differences. While small fish are used in some countries, some use big fish. We will prepare a sauce which is used in every meal that you can think of. We will prepare it with a lot of salt, fish that are dried under the sun, water and wine. To make garum sauce, we will place small fish and the internal organs of the big fish in earthenware and add salty water, rosemary, thyme, rue, sage, cilantro, pepper or pepper leaves and leave it under the sun for four to five months for fermentation."

After speaking briefly about the sauce, Şeker began to prepare the sauce and the team of gourmets buried the earthenware under the sun for fermentation once the preparation of the garum sauce was complete.

"Since all these people came here today despite the cold weather, I believe that all of them are aware of the importance of Antandrus and the future of Edremit. This is the first step that we have taken to introduce Edremit to the world. I know that our efforts will pave the way for Edremit's international recognition," Mayor Saka concluded.
Last Update: Jan 03, 2017 8:26 am
RELATED TOPICS