Tarlabaşı to Şişli: The Economics of Creative Workshopping 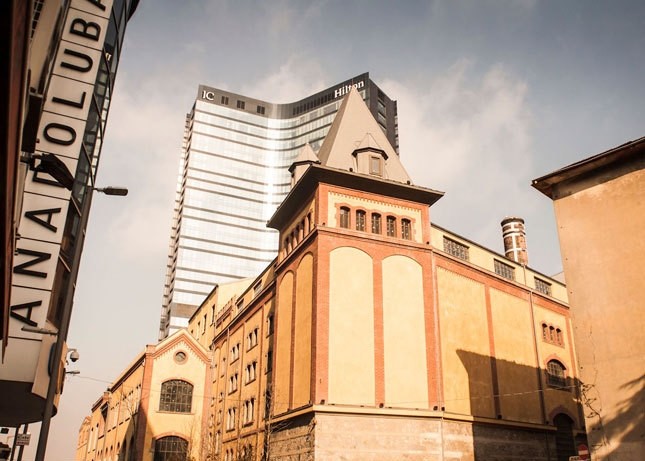 An old district of the city just beneath the famous İstiklal Street, Tarlabaşı hosts many disadvantaged communities in Turkey who have a low standard of living with limited economic sources. Tarlabaşı Community Center and ATÖLYE aim to include these communities, especially women and children into art space

Omerya is the name of a 400,000-strong Kurdish clan whose sons rule the street in anonymity wherever mussels are hawked throughout Turkey. Originally from Mardin, one man from the Omerya clan is often found with a jokester's grin outside his shop, Yasin Gıda, situated on the corner of two alleyways in the heart of Tarlabaşı, where so many condemned and abandoned buildings reflect the social condition of neighborhood residents - Roma, Kurd, Arab, African. The shop stands in the shadow of a church cross, down the street from Arabic storefronts, and around the corner from a memorial museum for the Polish romantic poet, Adam Mickiewicz, frequented by conspicuous Westerners. Talkative and friendly, the shopkeeper first took over the mussel business from a Roma friend in the 1970s, when, he says, the popular street-food still had taste.

Once a mussel street-hawker himself, the man behind Yasin Gıda has passed on four mussel stands to his nephews. "Midye dolma!" (stuffed mussels) they shout over the lemon-soaked platters to peckish passersby walking under the scaffolding and corrugated construction metal on Tarlabaşı Avenue, under the controversial urban renewal billboards of Taksim360, and finally, if they are lucky, to that world of difference on the window-shopping paradise of İstiklal Avenue, where most mussel-hawkers earn a hand-to-mouth income.

Beginning as young as 11 years old, until about 25 to 30, the street mussel hawkers are a tight circle, careful to remain nameless, as they are weary of constant government surveillance from undercover police in the guise of student researchers. And yet, walking through Tarlabaşı, it is not impossible to receive smiling and exuberant invitations from behind one of the many substandard street-level and basement doorways, splintered and half-open, with mussel shells strewn out in front. Within the underground work spaces female workers toil to open thousands of hardy seashells, later to be stuffed by other hands.

Community center a haven for local kids and women

"Those women, they have a really heavy workload at home. They have to deal with children, with older ones, like their parents, or their mother or father-in-laws, they have to cook and take children to school and bring them back, and most of them work at home, as well, like in mussels, for example, which is really, really tough work," says Ebru Ergün, who, for the past five-and-a-half years has worked as a psychologist at the Tarlabaşı Community Center located in a second-floor walk-up in the center of the neighborhood. "Women demand workshops, because they want to produce something for their homes, for their own needs. So, when they demand it, and when we can find a volunteer, we open a workshop, but it's not for selling. They don't turn it into a business, at least not yet. Most women already have the knowledge, so they bring skills and crafts, but there is a moderator... It's not easy for them to find some leisure time to do some handicraft work. So, this place is a safe, quiet, calm environment. This is some kind of escape for them."

Due to financial challenges, the Tarlabaşı Community Center moved from a larger space to the more central, current address in the middle of the neighborhood at Zerdali Sokak No. 9, a humble outfit with a sign reading, "Tarlabaşı Toplum Merkezi." Although the center has lost a number of professional staff and a host of workshops, the community apartment space remains a social haven for Kurdish-speaking children, and Syrian Roma, among other minorities who now file into the heavy red iron door at street level above a pide restaurant and across from an open garage of firewood, an urban environ gritty with Anatolian village airs, as children stream about unaccompanied in skirts and hoodies over the wet pavement of midwinter Istanbul. 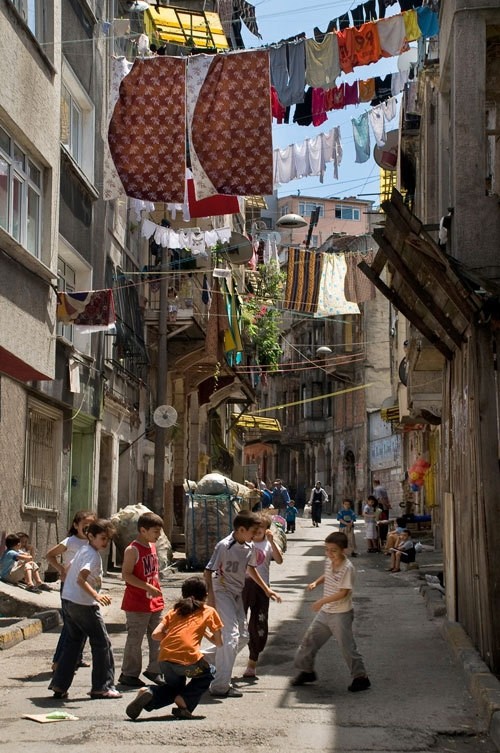 "Now everyone knows the center in this area. In eastern Turkey, even if we knew about women's health, we wouldn't have the courage [to go the hospital]. We need all types of workshops and courses. The children of Tarlabaşı are lacking [resources] in every way. They are in need, and they love it here at the center," says Remziye, a Kurdish woman from Urfa who moved to Tarlabaşı 14 years ago, where she has participated in multiple workshops, becoming semi-literate in Turkish, improving her sewing, and learning about her rights in women's health and empowerment, all while working as a daily assistant at the center for the last eight out of the 10 years that it has been open. "The construction development project has affected the neighborhood badly. After demolitions, people move. There is always dust and smoke in the neighborhood, though it's a little better now because it rains in winter."

ATÖLYE Istanbul to act as a catalist to social change

The effective and productive social activism at Tarlabaşı Community Center is mirrored in like-minded organizations led by optimistic, young entrepreneurs in Şişli. After the closing and resurrection of the Bomonti beer factory into a sleek complex of small businesses and social innovators (Bomontiada), a new generation is creating a nexus of novel enterprise in Şişli at such centers as ATÖLYE, a collaborative project house where creative thinkers and trendy startups meet over toolkits of social change.

"We do a documentary series [called MERCEK], which started about a year and a half ago in Beyoğlu, working with craftsmen on product development. We realized that the average age of the craftsman in Istanbul is late-50s and there is no second generation. The whole purpose is to enable the craftsmen to continue their legacy," says Kerem Alper, co-founder and CEO of ATÖLYE, originally from Ankara, raised in Istanbul and university-educated in the U.S. The documentary of which he is most proud focused on the 45-year-old Galata atelier where Artin Aharon, a lower middle-class Armenian-Turk who crafts metal on a non-electric wood lathe. "In 2014, I came back together with my co-founder Engine [Ayaz]. Bomontiada found us. They know how to do entertainment really well, but what would be missing was this community element. The goal for 2017 is to really start having a more meaningful and deeper impact on the city."

In a little over a year since opening at Bomontiada (the first ATÖLYE test center was in Çukurcuma, Beyoğlu and was known as Beta Space), many initiatives at ATÖLYE are bridging the economic diversity of Istanbul through creative workshopping, such as in a project called Teacher's Network, that brings together a hundred teachers from across Turkey and Istanbul, from Tarlabaşı to Beykoz to Gaziosmanpaşa, to explore challenges in education, and to collaborate on solutions. One promising ATÖLYE venture led by by fashion designer Ece Altunmaral, links education and fashion for social change.

"Fashion is the most harmful industry after oil, to the environment, so we decided to launch a fashion company called REFLECT. Everything we produce is a 100 percent sustainable and with every purchase we make we also transfer some support, both physical and money-wise, to the NGOs that we have partnered with," says, Ece Altunmaral, a London-educated, lifelong resident of Istanbul and former financial consultant who changed careers to collaborate with AÇEV (Mother-Child Education Foundation) in Esenler and Small Projects Istanbul (SPI) in Fatih. "We have chosen the social cause: Education. We wanted to show support to different neighborhoods in Istanbul, because in Istanbul there are so many financial gaps between the people and their lifestyles. We do art workshops with them [at SPI]. The outputs of the art workshop become our designs. We print them, or use embroidery, different techniques, on T-shirts, bags, socks. We have a collection right now. For every purchase we also transfer money to those NGOs, to that specific group of kids, actually."