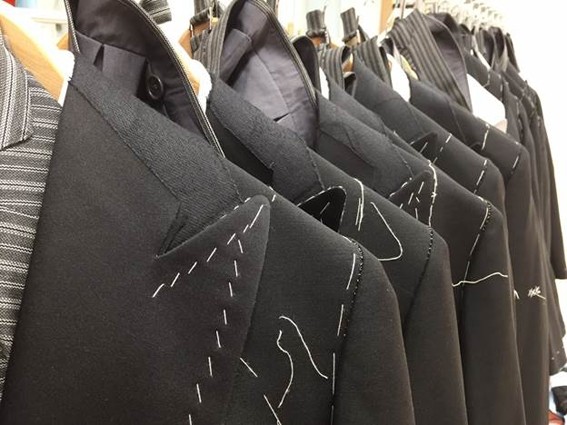 by Zeynep Esra İstanbullu Jan 06, 2017 12:00 am
The prestigious tailoring company La Misura, which has offered customized alteration services to high-end clients from Turkey and all over the world since 2009, has now added a distinguished client to its list as it prepares the hand-tailored frock coats, shirts, trousers, vests and shoes of the Vienna Philharmonic Orchestra for their centennial concert.

For the first time in the history of the internationally acclaimed orchestra, the Vienna Philharmonic took the stage during their 100th New Year Concert donned in custom-tailored designs made by the talented seamstresses of La Misura.

La Misura made four trips to Vienna to complete the proper fittings with the members of the orchestra, taking measurements of every musician individually before producing frock coats for the maestro as well as vests, trousers, shirts and the shoes of 71 male musicians.

The attire for the entire orchestra was completed in three months' time before being seen onstage for the first time during the centennial concert held on Dec. 31, 2016 and Jan. 1, 2017.

The orchestra's 100th New Year Concert was broadcast in 93 countries worldwide and had more than 50 million viewers. Tickets for the concert sold out months before the scheduled performance, while members of the royal family and famous public figures from around the world traveled to Vienna for the live performance. La Misura tailored every suit to the specific needs of each musician in the orchestra.

The sketches for the suits of each musician were drawn by taking their movements during the concert into consideration. Musicians tried on their suits and wore them during dress rehearsals prior to the big night, ensuring maximum comfort and elegance for the musicians.

Conducted for the first time by the young Maestro Gustavo Dudamel, who had conducted a special charity concert in Turkey in 2016, the 100th New Year Concert of the Vienna Philharmonic Orchestra was an iconic event for both the philharmonic orchestra and La Misura.
RELATED TOPICS