Turkish TV series continue to grow in popularity in Ethiopia 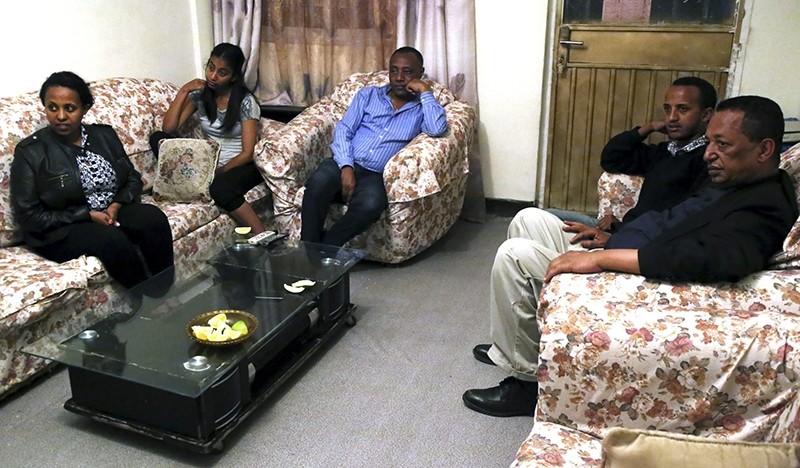 The international popularity of Turkish TV series has spread around the world over the years, and Ethiopia is not an exception. The number of Ethiopian viewers watching Turkish series has seen a significant hike in recent years and it goes hand in hand with an increase of locals' interest in Turkish culture, Turkey's ambassador to Ethiopia said.

The Turkish Ambassador in Addis Ababa, Fatih Ulusoy stated that, "In Ethiopia, over the last one and a half years, Turkish TV series has been very popular."

Talking of the TV series, the ambassador said that Turkish dramas such as 'Kuzey Güney' (North South) and 'Kara Para Aşk' (Black Money Love) were at the forefront of showing the Turkish way of life in Ethiopia, and adding that he hoped that it would encourage tourists to visit Turkey.

He went on to mention the Turkish tulip-shaped tea glasses (ince belli bardak) and their rising popularity in the country, saying "They are very interested in watching Turkish dramas, they love Turkish life and culture."

Turkey established its first embassy in Sub-Saharan Africa in Ethiopia in 1926 and the Ethiopian embassy in Turkey was opened in 1933, and since then both countries have held positive views of each other.

Ambassador Ulusoy emphasized that Turkish foreign investors provide the most employment in Ethiopia and that from about 150 Turkish companies 2.5 billion dollars have been invested so far. Ulusoy said he hopes to "see that this number will increase soon."

In the Turkey-Africa Business Forum held last November, President Recep Tayyip Erdoğan urged investors to put money into Ethiopia. This encouragement as well as the fact that the Ethiopian government has provided opportunities in many industrial areas throughout the country, as well as offering incentives, subsidies and visas to foreign companies that set up facilities in these areas will see the partnership between the countries grow stronger.

Ulusoy said that although most Turkish companies are investing in the textile market and the energy market in the country, Turkish investments in hydrocarbon and renewable energy projects were also on the agenda in the near future.

Emphasizing the strong respect between the two governments and countries, Ambassador Ulusoy also talked of the Ethiopian government's reaction to the July 15 coup attempt and underlined that Ethiopia was one of the first governments to offer their support to Turkey, as well as repeatedly stating that they have always supported Turkey's struggles against terror groups.