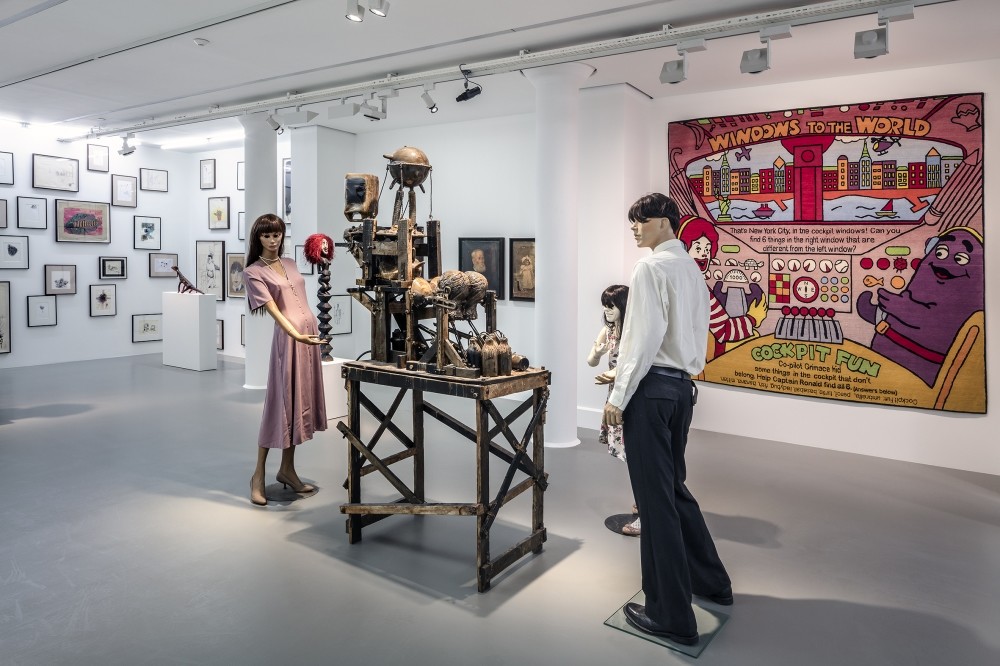 Curated by Nick Hackworth, u201cIn the Realm of Senselessu201d is composed of new, least seen works of artists as well as masterpieces featured in iconic exhibitions such as u201cHell,u201d u201cThe Chapman Family Collectionu201d, u201cOne Day You Will No Longer Be Loved.u201d
by Daily Sabah Feb 15, 2017 12:00 am

Works by the world-renowned Chapman Brothers, Jake and Dinos, known for their opposing nature against mainstream politics and aesthetics, are now on display at Istanbul's Arter Gallery

An art and culture space based in Istanbul, Arter Gallery presents a debut solo exhibition of the British duo Jake and Dinos Chapman, known as the Chapman brothers, until May 7.

Curated by Nick Hackworth, the exhibition "In the Realm of Senseless" is composed of new and least seen works of the artists as well as masterpieces featured in their iconic exhibitions such as "Hell," "The Chapman Family Collection" and "One Day You Will No Longer Be Loved."

In their exhibition at Arter Gallery, the Chapman brothers offer a general view to their quite pessimistic thoughts and art. Using humor and perverse semiotics to undercut and satirize many of the incomprehensible beliefs that animate contemporary culture, the Chapmans are among the most challenging of contemporary art practices. 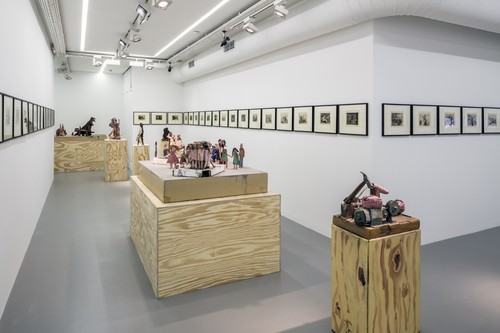 "In the Realm of Senseless" opens up with the magnificent work, "The Sum of All Evil" from the exhibition "Hell." Composed of four large showcases made of glass depicting supernatural and violent scenes that were created with utmost care, this exhibit features models of thousands of Nazi soldiers, with figures such as Adolf Hitler and Ronald McDonald frequently used by the Chapmans in their works, standing out inside the artwork.

The "Hell" series has been subject to huge debates and widespread controversy since 2000 when the original "Hell" work was completed (it was subsequently burnt in a fire in a London art storage facility), as it was chronically misread both as profoundly engaged war art and as a disgraceful trivialization of violence.

As the Chapmans put it, people who give such undesired meanings to their works are certainly showing symptoms of hysteria and narrow mindedness. On the same floor, where "The Sum of All Evil" is being displayed, two other large installations of the duo's latest exhibition "Unhappy Feet" and "Altered Towers" are being showcased for Istanbulites.

On the first floor of the exhibition venue, the installation "SHITROSPECTIVE," a parody of retrospective exhibitions and a new interpretation of "We Are Artists," one of the early works of the Chapmans, is featured in neon. The duo created an installation using neon for the first time in their careers.

This neon display, which is a reinterpretation of their 1991 work, "We Are Artists" is being put on exhibition for the first time at Arter Gallery.

Demonstrating the artists' desire to create works that have "zero cultural value" and their tactic of repeatedly recycling the same content, "SHITROSPECTIVE" is composed of the accumulation of miniature models of the Chapmans' major works.

Known as one of the iconic works of the Chapmans, "Insult to Injury" from the series "The Disasters of War" is on display on the first floor of the exhibition venue. Moreover, Arter features rare artwork by the Chapmans that they produced during their early years in the art industry between 1971 and 2013. 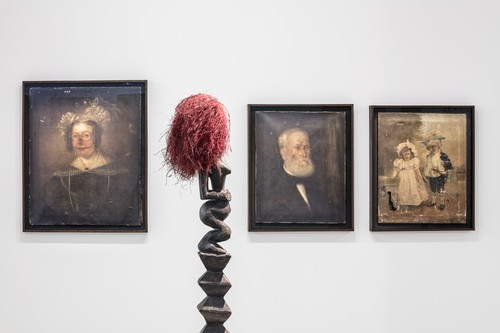 The curation of the top floor at Arter's exhibition space, which is inspired by the Chapmans' recent show "Come and See" at the Serpentine Gallery in London, takes aim at the idealized "white cube" gallery space via elegant, well-mannered exhibitions.

Resembling a show put together from a ransacked storage room, the floor is chaotic and over-stuffed, filled with a myriad of 2-D and sculptural works.

Jake and Dinos Chapman have been working together since graduating from the Royal Academy of Arts in 1990. Their 1991 work, "The Disasters of War" became their first critically acclaimed work which received positive feedback from art critics. The artist duo recreated Goya's namesake gravures with the help of plastic models in "The Disasters of War."

Following their first-ever masterpiece, the Chapmans focused on a single scene from their previous work and meticulously transformed it into "Great Deeds Against the Dead," a life-size painting of reworked fiberglass mannequins depicting three castrated and mutilated soldiers tied to a tree.

Arguably their most ambitious work is "Hell," a tabletop installation featuring the models of more than 30,000 soldiers in Nazi uniforms committing horrible crimes. The scene, which depicts one of the biggest humanitarian disasters of the 20th century, combines historical, religious and mythical narratives.

After the installation was tragically turned to dust in a fire that broke out at MOMART in 2004, the Chapmans announced that they would prepare another exhibition, more ambitious in scale. With that, their incredible piece "Fucking Hell" came into being in 2008.

Before they recreated that exhibit the duo worked on and designed "The Chapman Family Collection" in 2002. The collection is comprised of a group of sculptures that bring to mind the loot from a Victorian explorer's trophy bag, while also portraying characters from McDonald's. The conjunction of exotic fetishes and cheap, "fast-food" toys associated with imperialism and globalization have an immense impression on the viewer who has the power to turn everything upside down.

In 2005 the two set up "Like A Dog Returns To Its Vomit," an exhibition of graphic works, which featured a large collection of sketches and drawings displayed on two walls and arranged in the shape of dogs. Many of the works were reinterpretations of Goya etchings, including the "Disasters of War" and the "Los Caprichos"series.

Using the Tate Collection sculpture "Little Death Machine (Castrated)" (1993) as their point of inspiration, the Chapmans created "When Humans Walked the Earth" in 2008, an installation of 10 improbable machines, cast in bronze and now ossified, emulating aspects of human behavior with trademark, subversive wit.
RELATED TOPICS