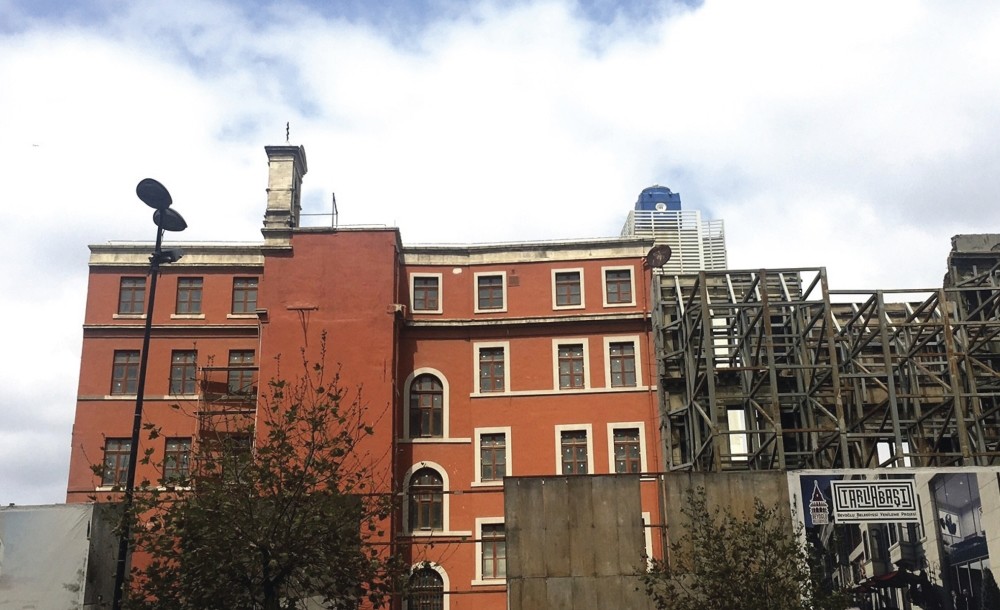 The magnificent building in which Manastu0131r operates was used as an Armenian Catholic School for girls between 1843 and 1982. Various venues and rooms in the building were opened for artistsu2019 use as well as the film industry.
by Daily Sabah Mar 02, 2017 12:00 am
Established art institution Istanbul Manastır (Istanbul Art Center) has opened its oral history project online at www.saltonline.org/projects/manastir.

Located in the Tarlabaşı neighborhood of Beyoğlu district, Manastır has hosted various artists and projects as well as dance and theater companies at its exhibition venues and on stages, playing an important role in Istanbul's art and culture life for the last 18 years. The oral history project, which is carried out with SALT and Turkish artist Volkan Aslan, is composed of interviews with people and institution representatives who previously used the building that Manastır operates in as well as sound recordings, a detailed history of the building and visual materials.

Research on the building of Manastır came to the fore during the preparation period of SALT's project "Where Did We Come Here," which focused on 1980s' Turkey. Although the project started in 2015, new and energetic developments and extraordinary collaborations by cultural institutions that began to appear in the same year were not included. Apart from research on Manastır, the project included the exhibitions Serotonin 1 and Serotonin 2, the nightclubs in Talimhane 14, 19 and 20, which are managed by Ceylan Çaplı, as well as Taxim Night Park and Bilsak.

The magnificent building in which Manastır operates was used as an Armenian Catholic School for girls between 1843 and 1982 and was featured on the 1988 TRT series "Cahide," which focused on the life of Cahide Sonku. Various venues and rooms in the building were opened for artists' use as well as the film industry under initiatives by Set Director Adnan Vurdevir.

The first years of Manastır, which assumed the name Istanbul Art Center in 1989, represents a time when the dynamics of Istanbul's culture, art, performance and entertainment life were changing. This process, which began in the second half of the 1980s, was a reflection of new urban settlements shaped by national and global migrations and formations of the creative entertainment sector in the city. Manastır was not established within the borders of a set ideology, unlike similar institutions. It was a unique example that brought all new actors to the design, culture and arts scene of Istanbul independently and will continue to be one of a kind for years to come.
RELATED TOPICS