Scars of looting, destruction all that remain at Mosul museum 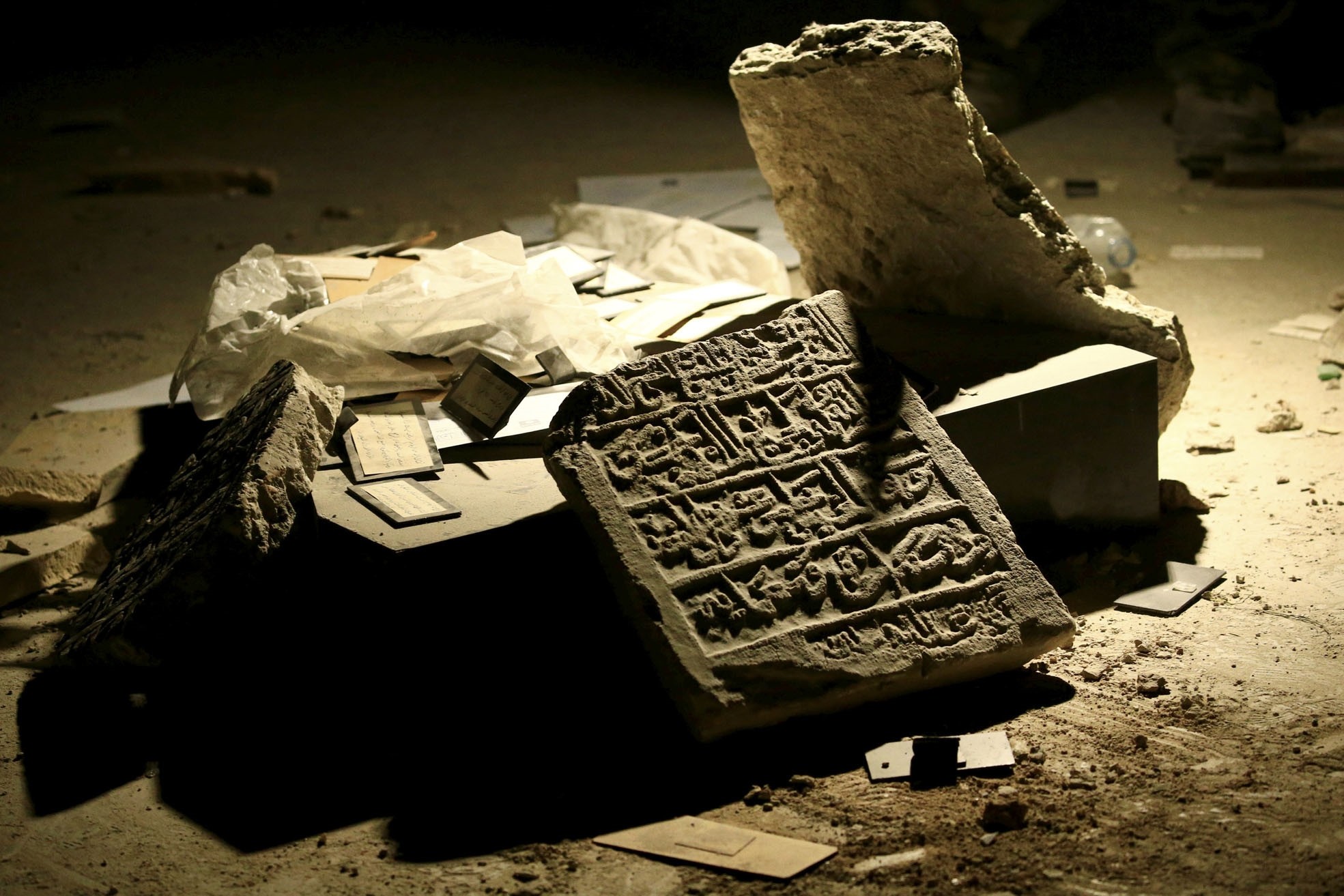 by Mar 13, 2017 12:00 am
After two and a half years under Daesh control, all that is left in Mosul's museum are the traces of looting and destruction.

Inside the rubble-strewn building, where militants filmed themselves destroying ancient artifacts, the large stone wing of a statue of lamassu, an Assyrian winged bull deity, lies on the dusty floor among other broken remnants of the past.

A block engraved with Arabic Islamic calligraphy lies close by, and some Islamic manuscripts have been left undamaged. But almost everything else has gone.

The battle against the militants still raged nearby on Saturday, however, as a Reuters cameraman visited the site with Iraqi troops.

Dozens of Assyrian, Akkadian, Babylonian, Persian and Roman artifacts that the ransacked museum held have all been stolen or damaged.

"Some were smuggled out of Iraq," Mohammedawi said.

Daesh militants filmed themselves smashing some of the building's contents including priceless statues with sledgehammers in 2015, as part of their highly publicised campaign to erase any cultural history that contravenes their extreme interpretation of religion.

But they have also used the antiquities as a source of income. Excavations under an ancient mosque elsewhere in Mosul, recently discovered after the militants retreated, showed that they took care of artifacts for loot.

The efforts to avoid damaging some antiquities contrast with the destruction of ancient sites across Daesh's self-declared caliphate in Syria and Iraq, from the desert city of Palmyra to the Assyrian capital of Nimrud, south of Mosul.

The United States has said the looting and smuggling of artifacts has been a significant source of income for the militants. In July 2015, U.S. authorities handed Iraq a hoard of antiquities it said it had seized from Daesh in Syria.

A U.S.-backed Iraqi campaign dislodged Daesh from most Iraqi cities captured in 2014 and 2015. The militant group is now fighting in its last major urban stronghold, in the western part of Mosul, where the museum is located.

The outside of the building, which features Roman-style columns, is blackened from shell or rocket blasts and peppered with bullet holes.

A Chaldean Catholic church next to it has also been mostly gutted, its altar cracked down the middle.

The body of a Daesh fighter lay just outside the church on Saturday, days after the fighting had moved further forward.

Iraqi troops dusted off some of the historical stone slabs lying on the floor in the museum, which lies just outside Mosul's old city, one of the final Daesh strongholds in Mosul.