From halls of London, Broadway to Istanbul: Theater, music hand in hand at Salon 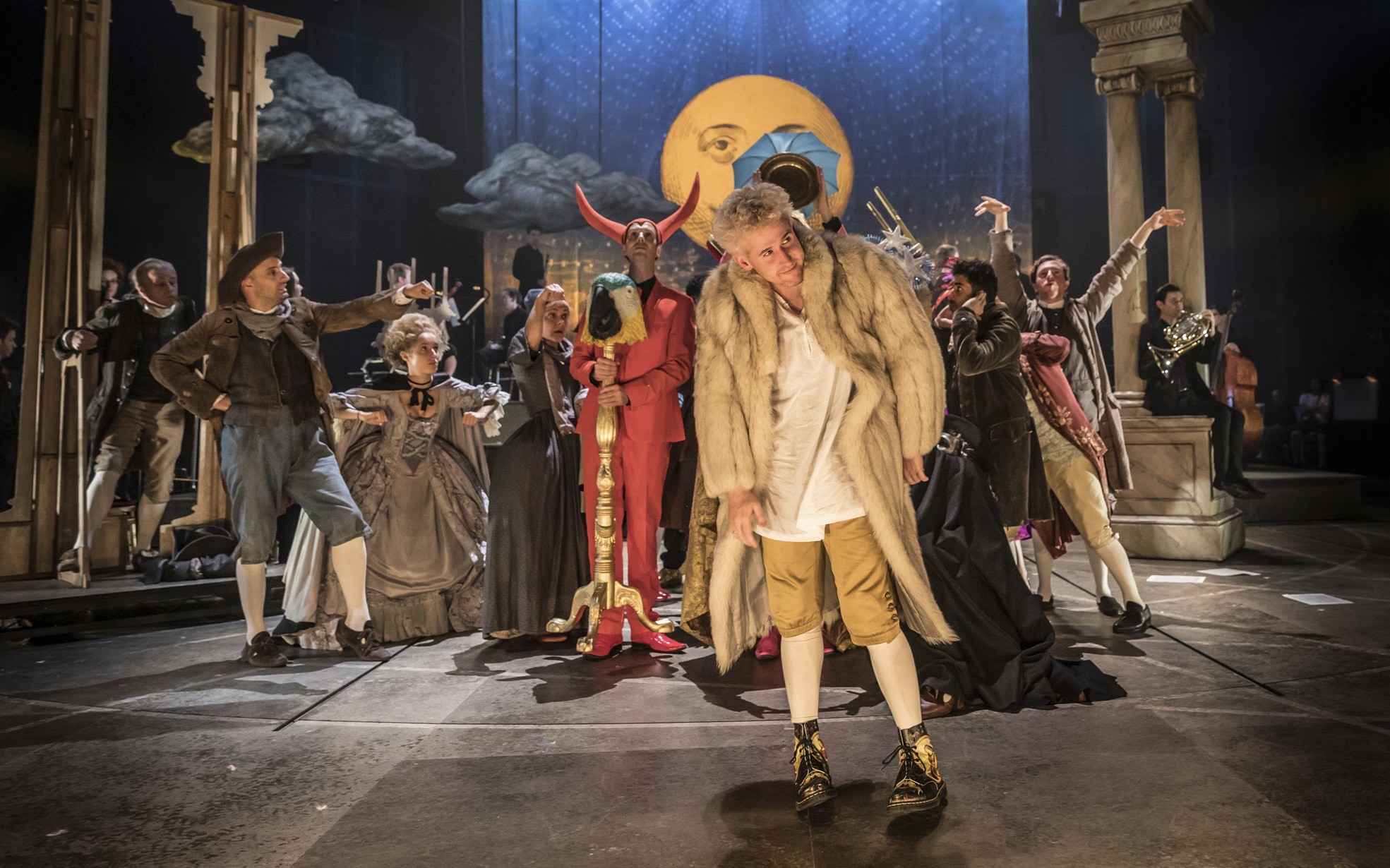 by Daily Sabah Mar 17, 2017 12:00 am
The meticulously edited recordings of famous sold-out productions from the most prestigious performance halls of London and Broadway are waiting for theater lovers on Salon's screen. Shot from the best seats in house, the recorded performances are being presented with the cooperation of National Theater Live within the scope of Oyun Salonu.

Broadcasted live from the National Theater with music by the Southbank Symphony Orchestra, "Amadeus" depicts the events that unfolded after the young, ambitious, genius Wolfgang Amadeus Mozart arrives in Vienna, the birthplace of music. The palace musician Antonio Salier is very impressed with the prodigy Mozart and has the power to support his talent or to destroy it. Salieri's deep jealousy of Mozart causes him to first declare war on the musical prodigy, then on music and eventually even on God himself. "Amadeus" has been adapted into many Academy Award-winning movies after it was awarded the "Olivier & Tony" at its gala in the National Theater in 1979.

Breaking sales records at the National Theater and getting five stars from critics, this play will be on Salon's screen. The high-resolution recording of Amadeus will be presented to viewers on Mondays and Tuesdays, March 20-21 and March 27-28.

One of the most recognized names in the Istanbul music scene, Hedonutopia was formed almost ten years ago and gains popularity every day. With a sound similar to names like Radiohead, Dead Can Dance, Sigur Ros and The Cure, who have shaped music's history, Hedonutopia combines rock and electronica, taking us back to the 1990s shoegaze scene with one of the most unique local styles. Now, they are back with their first album in three years, "Ucube Dizayn" ("Freakish Design"). Guaranteeing themselves a place in the best album lists of the year, the band will be hosted by Salon to share their musical projections of their hedonistic, utopic and visionary modes. Emre Aksoy will also perform at Salon with his DJ set before Hedonutopia today.
RELATED TOPICS