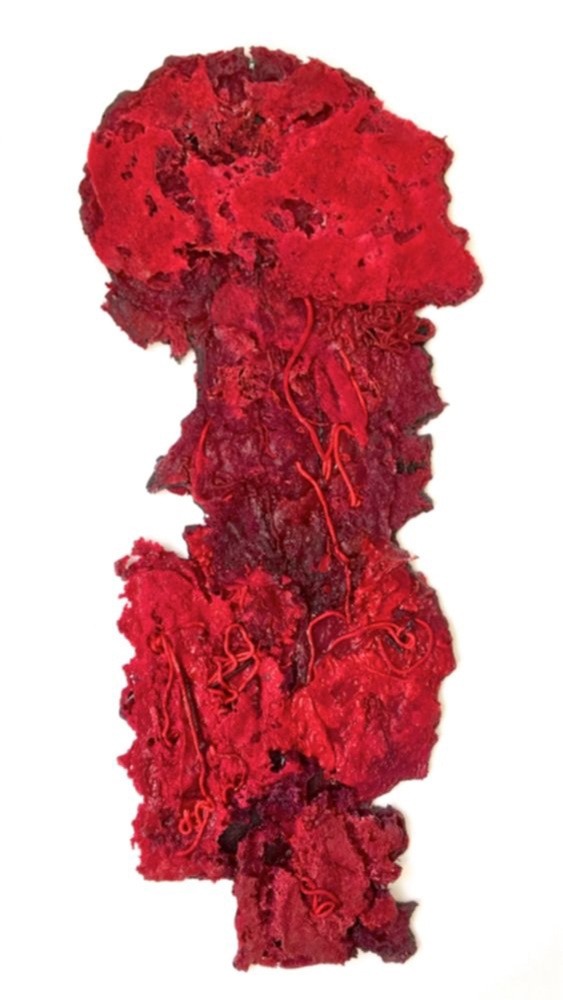 by Daily Sabah Mar 23, 2017 12:00 am
Özcan Uzkur, assistant professor at Istanbul Kemerburgaz University's Fine Arts and Design Faculty, has opened his "Red is Red" exhibition at Galeri İlayda, which can be visited until April 8.

The works in the exhibition should be understood in the "representation of pain" tradition of Goya's "Disasters of War" series according to Uzkur. "As the witness of an agonizing era, all that artists can do is keep records whenever they rebel against these incomprehensible atrocities. They need to capture the material form of the sorrow of humanity, the pain that crawls under one's skin. Official records, documents, figures and news photographs cannot keep the record of emotion. Only the body and art remembers the pain," Uzkur said.

He added that whenever you come across someone in mourning or a work of art that depicts sorrow and mourning, only then can one get out wherever they were hiding and show their true colors. "You are there. I am here. Both as the victims and the murderers. All humans in suffering are brothers. That is why they have been named Cain and Abel," Uzkur noted about his work. Born in 1952 in Balıkesir, the artist graduated from the Textile Arts Department of the State Fine Arts Academy in 1978.

He worked as a faculty member from 1982-2011 and is still a faculty member of the Fashion and Textile Department of Faculty of Fine Arts and Design at Istanbul Kemerburgaz University. Since then, he has had 11 personal exhibitions and has directed various international and national workshops, and attended many exhibitions and projects. Currently, he is working on plastic arts using two and three dimensional materials and textile.
Last Update: Mar 23, 2017 1:08 am
RELATED TOPICS