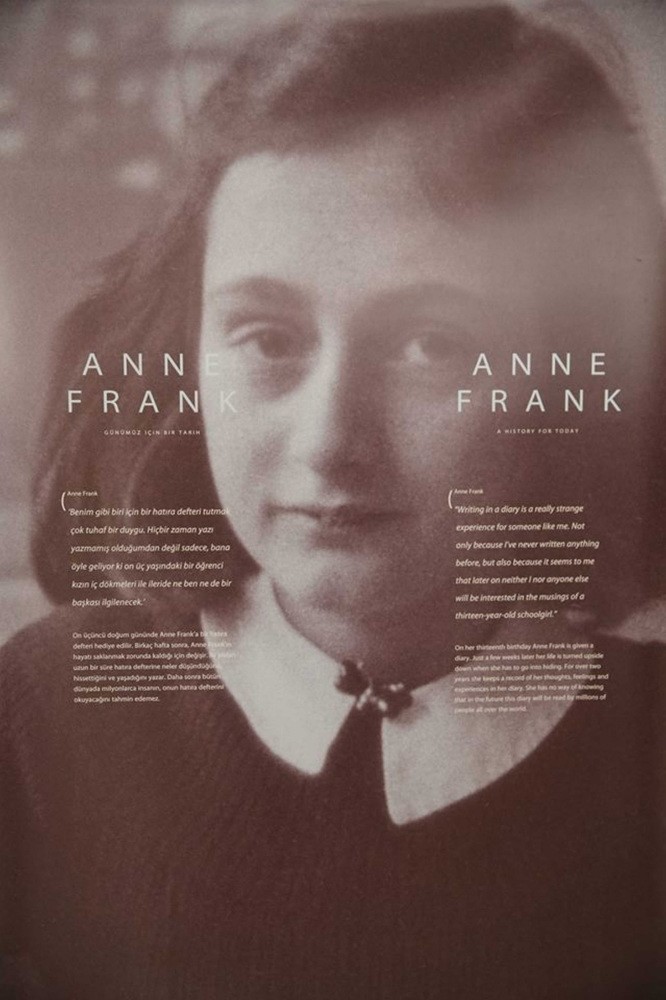 by French Press Agency - AFP Mar 23, 2017 12:00 am
Seven decades ago, the young Jewish diarist Anne Frank is unlikely to have imagined that her story would be kept alive for new generations via a computer-generated bot.

But now visitors to the Amsterdam museum, lodged in the house where the teenager wrote her famous diary as she hid from Nazi occupiers, can learn about her history thanks to a unique collaboration with Facebook.

"In these troubling times we live in, the story of Anne Frank is more relevant than ever," said museum director Ronald Leopold, unveiling the initiative.

"We are concerned about the fact that more the 70 years after the war, half of the visitors are under 30 and they know less than my generation. So it's important to give more historical context and more historical information to connect with that history," he added.

The chat-bot program is an information technology software that allows users to talk directly with the museum via Facebook messenger. Based on artificial intelligence, the program is designed to improve over time as it learns from the questions users pose.

So far it is limited, and only offers a few options. Do you want to know the opening times of the museum, or know more about Anne Frank?

Do you want to learn about her diary, or the annex in the Amsterdam canal house where Anne hid with her family? Or are you looking for more information about the family's capture and fate?

Born in Germany on June 12, 1929, Anne Frank and her family fled for the Netherlands in 1933 to escape the rise of Adolf Hitler and his Nazi party.

They arrived in Amsterdam and later went into hiding in a small apartment concealed behind a false bookcase on the top floor of the house, number 263 Prinsengracht.

They were also joined by the Van Pels family and Fritz Pfeffer, and hid out for some two years until being discovered in August 1944 and deported.

"The generations that lived through the horrors are slowly disappearing, so it is important to find new ways to tell a story that should never be forgotten," said Prince Constantijn, the brother of the current Dutch king, who also attended the launch.

Anne's diary is one of the most widely read books in the world. It has been translated into 67 languages and has sold more than 30 million copies.

Anne died from typhoid in the Bergen-Belsen concentration camp in 1945, just a few days after her sister. Her father Otto was the lone survivor of the annex.
Last Update: Mar 23, 2017 1:10 am
RELATED TOPICS