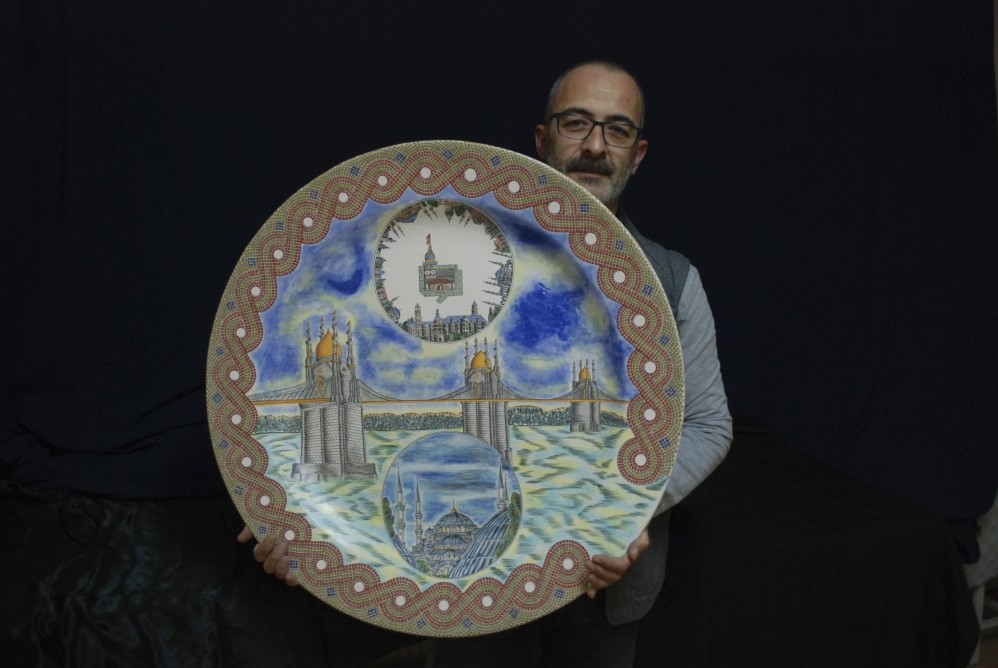 Kütahya-based tile artist Fahri Çetinkaya has embarked on an important mission of enameling incomplete projects, most of which belong to the late Ottoman era, especially Sultan Abdülhamit II himself, that were ahead of their time

Fahri Çetinkaya, a talented tile artist living in Kütahya, does engraving on tiles based on 40 incomplete Ottoman projects that were discovered by the Turkish Historical Association.

Among the projects to be engraved on tiles are the city development projects such as Miniatürk and Gezi Park, as well as the bridge, tube passage, cableway projects aimed to bring the two sides of Istanbul together, which were known to be on Sultan Abdülhamid II's agenda.

Çetinkaya stressed that the Ottoman Empire attached great importance to science and technology, contrary to the general belief, saying, "The projects, which were designed a century ago but were not implemented due to reasons arising from the war and material problems experienced at that time, are very difficult works to build even in today's conditions." 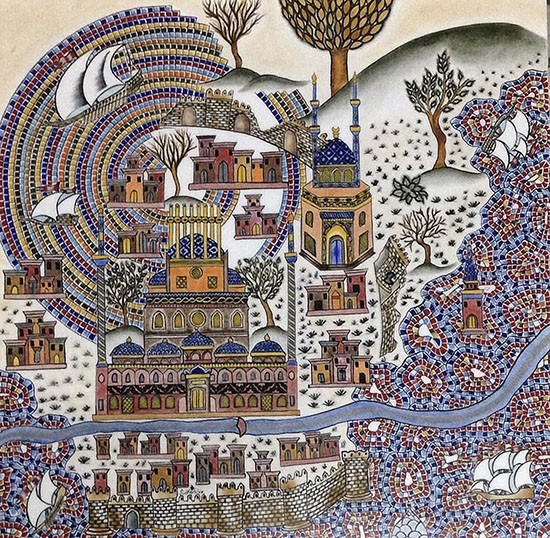 Stating that he decided to engrave these projects on tiles in order to pass them onto future generations, Çetinkaya said, "It was the greatest inspiration for me to enamel the projects of our ancestors and pass them on to future generations." Recalling that he has completed the engravings of 13 of the 40 Ottoman projects, Çetinkaya noted that the first part of this collection is the Cisr-i Hamidi (Hamid Bridge), which a Bosporus Bridge project dreamed up 130 years ago, followed by Tünel-i Bahri (Sea Tunnel, present Marmaray) which was designed in the same period, and finally the Çanakkale bridge projected during Sultan Abdülhamid's reign. 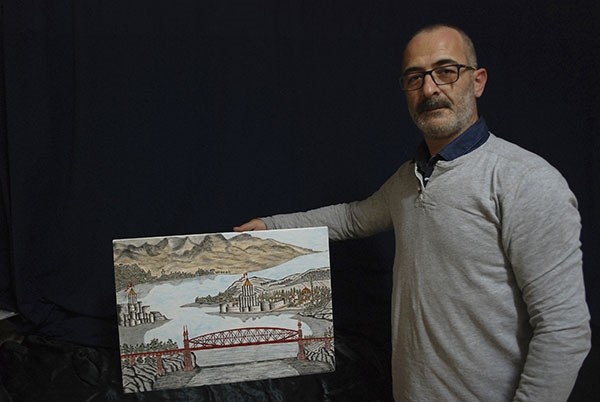 Among the projects to be engraved on tiles are the bridge, tube passage and cableway projects aimed to bring the two sides of Istanbul together, which were known to have been on Sultan Abdülhamid II's agenda.

Highlighting that the preparation for each piece takes a long time, Çetinkaya said that he can make a maximum of 10-12 pieces per year, stressing that it is his greatest dream to engrave all of the 40 Ottomans projects on tiles of large sizes and to pass them onto future generations. "It is a highly spiritual feeling for me to engrave these, especially Abdülhamid Han's dream projects, on tiles," Çetinkaya added.

"There is a tile art that has been performed for centuries," Çetinkaya said, adding that he usually designs unusual works next to the classical art on the tile in order to put brick on the artwork.

"I am trying to both keep the traditional art of the tile alive and put something on this art from today because I want to leave something for future generations," Çetinkaya said, adding that he used a different method of enameling that he found in his new works. He says his method gives vitality to the tiles.