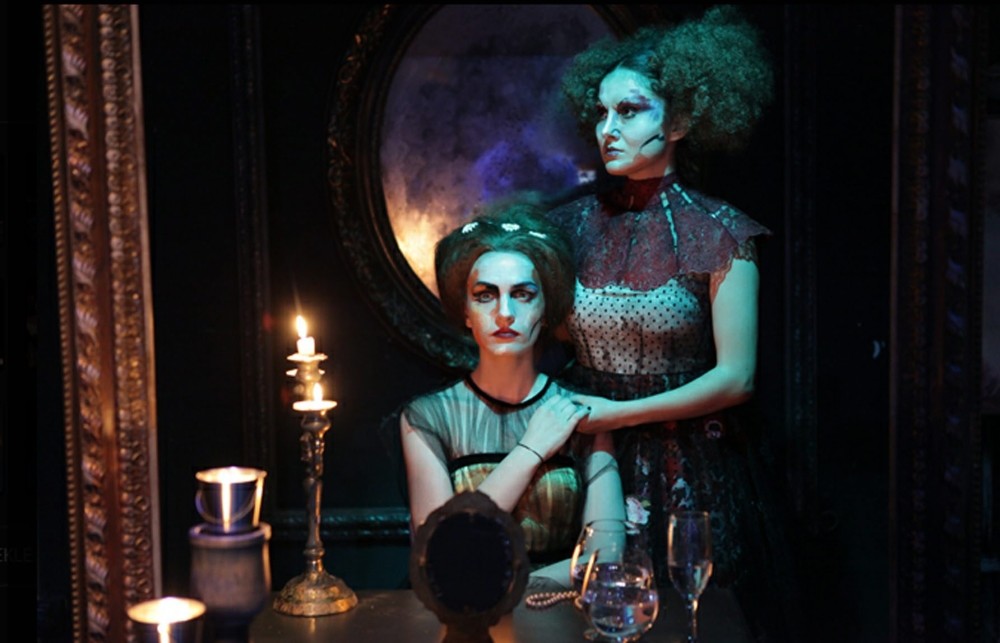 The stage, music and lighting upstage the performances of the actors who function more or less as automata that deliver Tanpu0131naru2019s aphorismic lines. The audience should not expect u201cnaturalisticu201d performances is supported by the fact that the actorsu2019
by Nagihan Haliloğlu
Apr 19, 2017 12:00 am

State Theaters revived Kenan Işık's adaptation of Ahmet Hamdi Tanpınar's ‘Huzur,' or ‘A Mind at Peace' for the 2016-2017 season, in a production that successfully manages to invoke the atmosphere of the original novel, raising existential questions about the cultural changes of in the early days of the Republican era in Turkey

'Turks hardly have five books that have been read continuously through generations' says Ahmet Hamdi Tanpınar in his novel Huzur, a title that has been translated into English as A Mind at Peace in 2008 by Erdağ Göknar. This and several other statements and aphorisms that the Turkish audience will be very familiar with are scattered through the novel's ingenious stage production by the Devlet Tiyatroları. These statements voiced by Tanpınar reminds us how our thinking about ourselves has been shaped by the author even if we may not to be able to trace down these truisms to their original source.

Now, the State Theaters (Devlet Tiyatroları) are staging a production of Tanpınar's novel based on the adaptation written by Kenan Işık, the beloved face of Turkish theater and television who has sadly been bed-ridden since 2014. Işık first staged "Huzur" in 1998, a production that I have not been fortunate enough to see. However, in its attempt to be true to Işık's condensed albeit intense adaptation, this current, excellent production - performed without a break and in just under two hours - compels us to appreciate both Işık's efforts to make the audience engage with Tanpınar's work and Tanpınar's own genius. For dealing as it does with this need for the invention of tradition and the constant battle between our "old" and "new" life, "Huzur" is a good contender to be one of those five books a nation should read and continuously pass down for generations to come.

"Huzur" is, above all, a novel that deals with the psychological states of its characters, and as such, not an obvious choice for stage adaptation. If you strip away the stream of consciousness, there is not much of a plot to go on with, and so the setting becomes crucial. 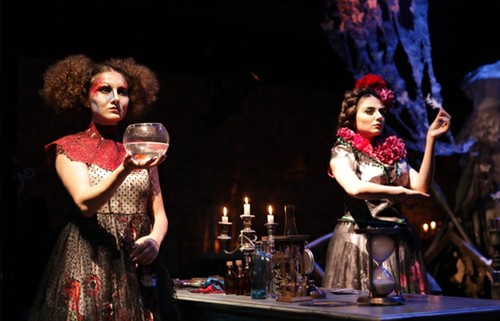 The story is set in decaying houses by the Bosporus and boat rides on the Bosporus itself, with excursions to the old city. In the novel, the protagonist Mümtaz starts a relationship with Nuran who is estranged from her husband, and the moment he thinks they will be together, she decides to go back to her husband for the sake of her daughter, as in the manner of many romantic tragedies. Totally desperate, Mümtaz walks the streets of the old town, sees everything refracted through his misery, and wanders into second-hand shops and flea markets where everything reminds him of his lost love. This happens towards the end of the first third of the book, and the current production brings to life the "action" in that very flea market or second-hand shop where, in the novel, Mümtaz engages in suicidal thoughts and ponders how time makes slaves of us all. The stage is taken up with bric-a-brac, used furniture, mirrors, clocks, chests, record players, the obligatory piano, clothes and, at either end of this accumulation of objects, two "rooms" that represent the rooms in which the conversations in the novel take place.

Throughout the play, one's eye is drawn again and again to certain objects on the stage and the way they are presented in ahaphazard way, a beautiful metaphor for contemporary Turkey's need to sift and resift through historical events and artefacts - a strong enough metaphor that works in all media including film, novel, theater and museum curation. The objects are not dissimilar to the ones one encounters in the "museum" curated to embody Orhan Pamuk's novel "Museum of Innocence." This is no wonder; Pamuk recognizes Tanpınar as one of his influences. The director doesn't want us to lose sight of all the accumulated history in the middle of the stage, these fragments that the characters have shored up against Istanbul's ruins. The year is 1939, war is almost upon the world and this space, this attic of the Turkish Republic, also serves as an ode to the ghostly figures that punctuate the conversations that the characters have about Turkey's double heritage, how the past should be remembered, the nature of love and the oncoming war. A girl with a balloon in her hand walks among these "ruins" reading out the latest news bulletin that warns of the situation in Danzig. A woman stands at the back and says sporadically in German, "Mein Man ist im Krieg gestorben, wollen sie mit mir schlafen?" (My husband was killed in the war, do you want to sleep with me?) 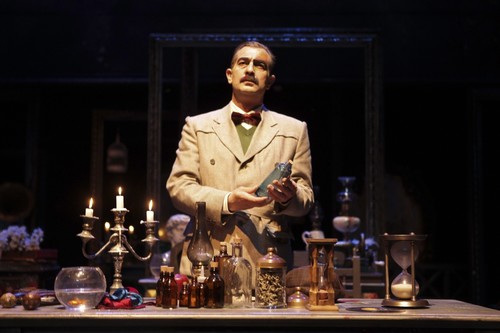 Throughout the play, one's eyes are drawn again and again to certain objects on stage and the way they are presented in a haphazard way, a beautiful metaphor for contemporary Turkey's need to sift and resift through historical events and artefacts.

"Loving Debussy and Wagner yet living Mahur Beste, this was our fate," is another well-known Tanpınar quote that gets its full measure in the play which abridges much of the original text. The audience is treated to the music of the said composers, along with classical Turkish music, played both on the gramophone and the ney (reed flute). Mahur Beste, which crops up in other Tanpınar novels as well, is of course here emblematic of classical Turkish music, which encompasses several traditions that have gone into the making of that particular Istanbul aesthetic, Greek, Turkish, Armenian, Jewish... We also get calls for prayer so that just as our eyes are kept busy with the objects in this flea market, so are our ears with the various melodic influences that Istanbul has absorbed. Both the characters and the ghostly presences walking among the furniture light and put out candles, make alternating spaces of shadow and light, adding to the eeriness of the atmosphere. Thus, we are immersed in the world of "Huzur," and are invited to make our own decisions about how much the reality of this 1940's novel is still present in the contemporary Istanbul we live in.

It would not be wrong to say that the stage, music and lighting upstage the performances of the actors who function more or less as automata that deliver Tanpınar's aphorismic lines that many in the audience are familiar with. That we should not expect "naturalistic" performances is supported by the fact that the actors' faces are painted like harlequins, to emphasize the feeling of theatricality. There are also a few very heartfelt songs by the "ghosts" and voices that inhabit this attic like space. Still, the performance of the actor that plays Mümtaz is perfectly measured, with the long limbs you imagine a flaneur should have, sauntering not through the streets, as in the novel, but through the corridors of objects on the stage, with a fittingly long face.

Just before you are able to take inventory of all the items in this attic, that flea market or the auction house that is displayed on the stage, the play draws to an end. The stage is so lush and suggestive, in fact, that it seems to call for other Tanpınar novels to be staged there. I would dearly like to see the Time Regulation Institute get similar treatment, by a hand as capable and evocative as Kenan Işık's.