Fire of Anatolia aiming for worldwide fame with dance schools 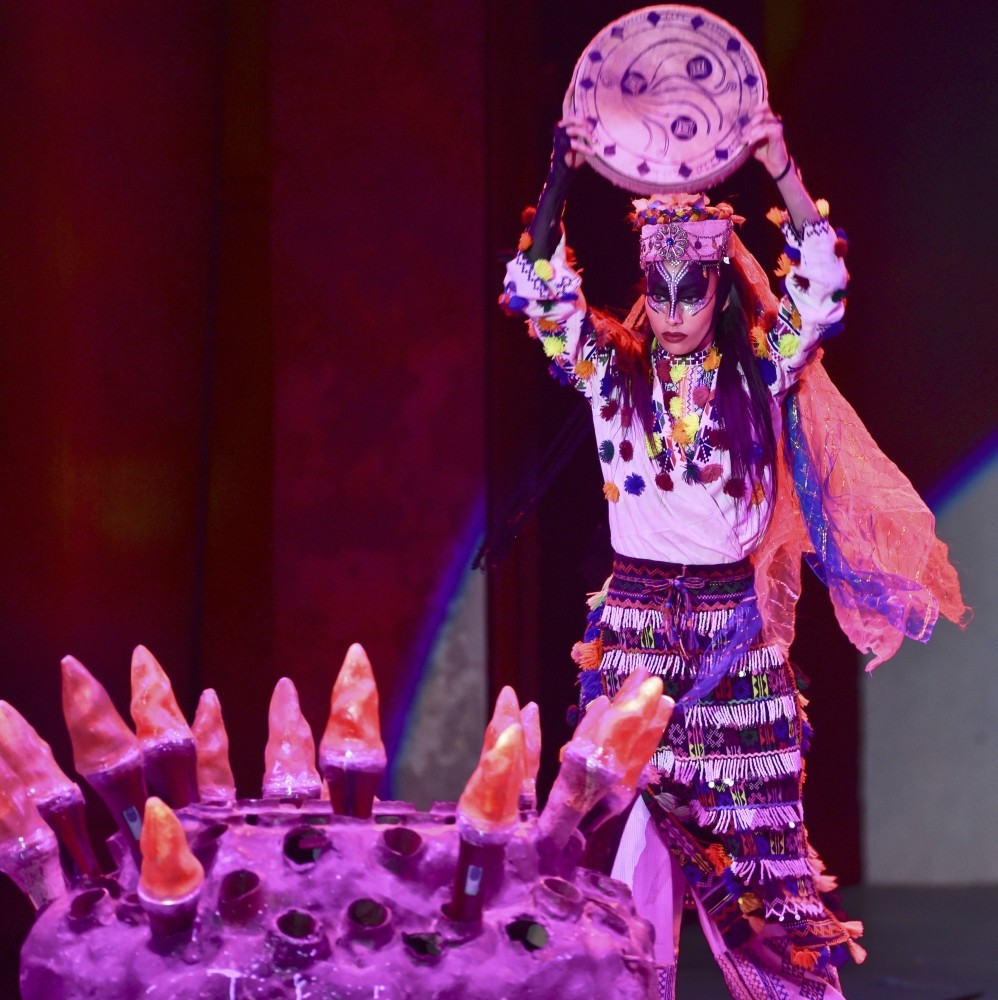 by Anadolu Agency May 05, 2017 12:00 am
Mustafa Erdoğan, the founder and the general art director of the dance community "The Fire of Anatolia," has said he has been receiving many suggestions to open dance schools abroad, and that this is one of his dreams to make happen.

The Fire of Anatolia merges Anatolian dance with ballet and modern dance and performs in many parts of the world.

In this regard, 120 dancers worked during winter in order to make their show flawless, compiling 3,000 folk dancing figures from almost every region. The members also work on ballet and modern dance and had a theoretical class on the notation of Anatolian rhythms.

Speaking to Anadolu Agency (AA) at the Aspendos Arena, Erdoğan said they took the stage for the first time on May 3, 2001, and celebrate their anniversary this month.

Erdoğan added that they had more than 5,000 performances in 98 countries, reaching over 40 million viewers. "We host nearly 500,000 viewers every year in Antalya. Last year, it was a tough year for tourism. We hope that this year will be better. We wish to reach the rates of 2015," he said.

"The Fire of Anatolia will be on stage throughout May. As of June, 'Troia' and The Fire of Anatolia performances will go hand in hand in Antalya. There is new choreography in both shows. We use new techniques. We renewed our introduction scene with flying systems and the hydraulic system. New decoration and music has been added. We added more Greek music to Troia. We made our local music more unique," he said.

Erdoğan said there will also be world tours along with the programs in Antalya during the summer season, and that they will go on a tour in Greece and will also have performances in the Turkish Republic of North Cyprus during the season.

They will take the stage in Bostancı Show Center on Sunday in Istanbul and then perform in Baku and Moscow, respectively.

"During the summer period, we will have several performances in Latin America. We also have projects for Jordan and Egypt. Between June 20 and Aug. 28, we will have a long tour in Russia, which is really important for us. We feel very proud that a dance group has become successful in Russia. If another group had succeeded, I would say the same thing for them. Russians are really good at dance; the dance culture is widespread and they have been trained since childhood. Therefore, it is particularly important for us to be successful there," he said.

Erdoğan also said they have schools in Antalya, Ankara, Gaziantep, Istanbul and Bursa. He added that there will be 17 schools in Turkey with a total of 1,800 students next year and he believes in the necessity of these schools.

"We had a tour in Chile, and we received a suggestion to open a school there. There are similar proposals from Canada, the Netherlands, Russia and China. My dream is to spread these schools to the world. I believe there will be a day in the future when we will watch the Fire of Anatolia performed by only Chinese children or Americans. This will be extraordinary," he said.

Main dancer and choreographer Perit Kuban Yançatoral said they work five to six days a week. "We burn approximately 1,000-1,500 calories in every performance. Therefore, we pay great attention to what we eat. We have to gain this number of calories again so as not to lose muscles in our bodies. We work with dieticians," Yançatoral said.

Main dancer and trainer Müge Olçum Sidorovich said she has also been part of the Fire of Anatolia for 16 years. During winter, she explained, they continue to have rehearsals for performances and do more rehearsals as the show approaches.
RELATED TOPICS