Sanctions coming for illegal use of artwork 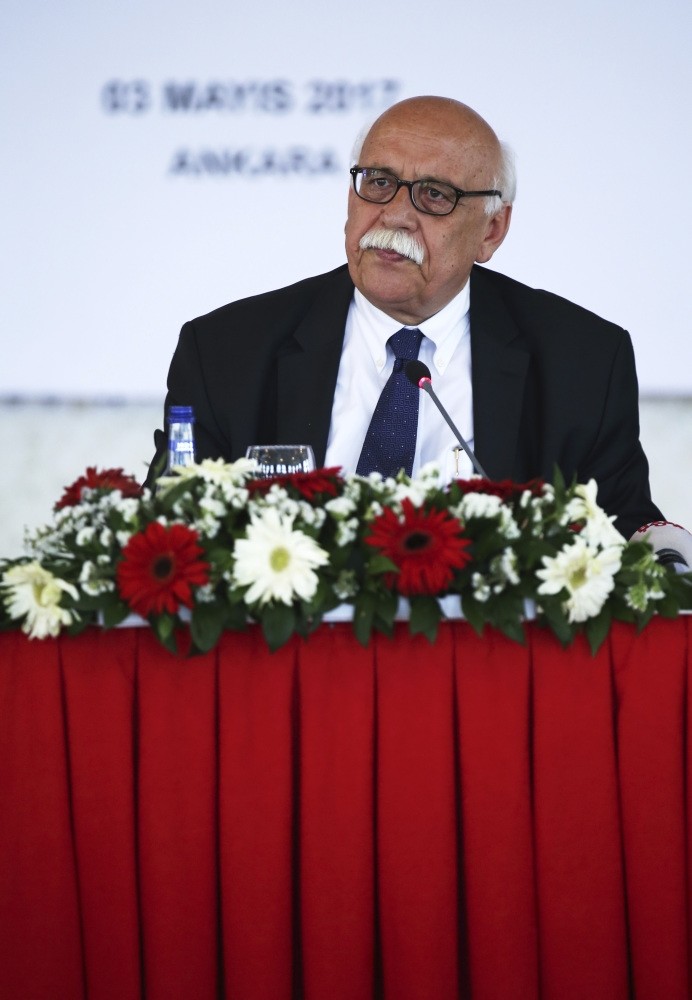 Nabi Avcu0131
by Daily Sabah May 06, 2017 12:00 am
Minister of Culture and Tourism Nabi Avcı this week made announcements regarding draft legislation on copyright matters. He stated that the government foresees the establishment of an operations center for digital rights violations under the authority of one prosecutor in order to protect artists' rights in digital environments.

"There are articles related to illegal use on the internet. For example, if you use one piece of art illegally, it has been planned to implement many precautions with professional associations, varying from slowing down your internet to banning your access," Avcı said as a response to a question about which regulations are being put on the table related to unauthorized sharing on the internet.

Avcı also provided information related to the process of the draft legislation, explaining: "The draft will be open to discussion for 30 days on our website. During this one-month period, we will factor in all of the opinions and evaluations from the public and also from the commissioners. After finalizing the draft with feedback, we hope to send it to Parliament before this legislation period ends."

Avcı said there are some problem areas, such as copying and the disseminating of art created by filmmakers, actors, authors and musicians, during a response to a question about the issues that filmmakers face.

Saying that there are some applications and so-called "slavery agreements" related to actors and actresses, Avcı added that many cinema artists have faced real challenges. "Just imagine that a cinema artist like Sefa Önal, who has been involved in so many scripts that he could be listed in the Guinness Book of World Records, does not have the right to claim his copyrights despite the fact that his movies are broadcast on TV and in cinemas. With this copyright legislation, we aim to solve these types of problems," Avcı said.

Avcı clarified that the upcoming regulations will not only deal with past matters, but will also be valid for copyright issues in the future.

About the regulation related to the copyright, when asked whether they were also working for the rights of the famous writer Sabahattin Ali's pieces, Avcı emphasized that this is a complicated case.

Saying that he also met Sabahattin Ali's daughter, Avcı explained that there is a regulation that paves the way for his work's copyrights to be transferred to the public 70 years after his death.

Sabahattin Ali, author of "Madonna in Fur," was killed in 1949, but since there was no official document about his death, his death was officially recorded in 1953. Avcısaid Ali's family does not want to accept 1949 as the year of his death for the copyright issue.

Avcı said that if the year 1949 is considered valid, the period for Sabahattin Ali's work will expire in 2019. He also recalled that with the Cabinet decision made in 1944 and in 1948, two pieces from Ali were banned until 1965 and this ban also affected the publication of his other work.

His family has asked for the copyright to be implemented as of 1965, as the pieces were not available in the market during the aforementioned period. Avcı confirmed that this period was reasonable.

"I think this request from his family is very reasonable. We hope to have a regulation regarding this issue in the copyright law. We are trying to gauge if we can constitute an exceptional provision in order to get rid of this challenge created by the two Cabinet decisions about banning the pieces of work," he said.

Stressing that this is a general regulation, Avcı mentioned that they are considering the creation of a provision if the death year of the author is unknown or if there was a delay due to the bans.

Avcı said in this process, the judiciary may also decide that the expiration date of Ali's copyright may end in 2019. "I think that Turkish publishers should not regard Sabahattin Ali's work as public property, at least not during the period when his work was banned, even if such rights exist. All publishing unions and publishers should act collectively. In my opinion, this would be the proper way to respect his legacy," Avcı said.
Last Update: May 06, 2017 1:21 am
RELATED TOPICS