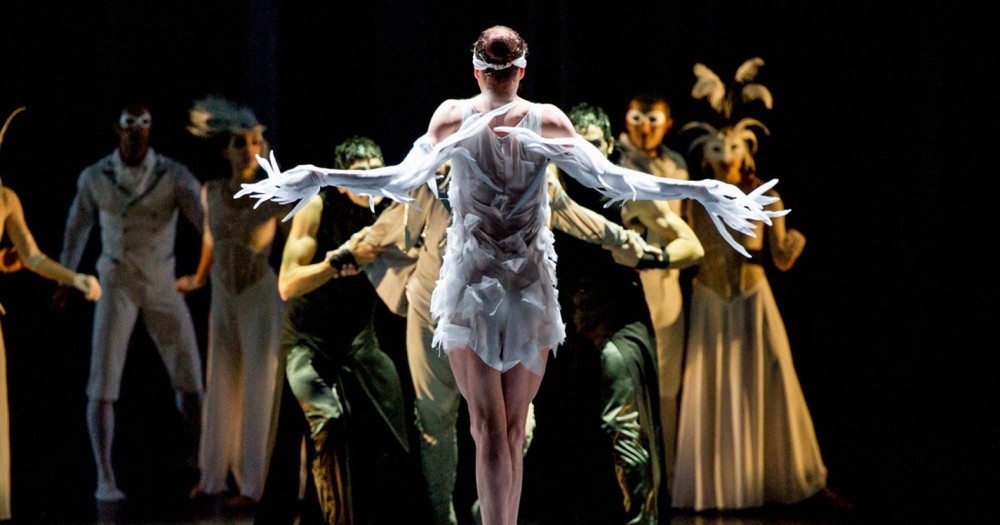 by Daily Sabah May 10, 2017 12:00 am
The Istanbul Foundation for Culture & the Arts (İKSV) and Zorlu Performing Arts Center (PSM) are hosting a special project in Istanbul in May, "Lac - After Swan Lake" by Les Ballets de Monte Carlo, which includes a unique rendering of Swan Lake by choreographer and Director Jean-Christophe Maillot, coming to the stage for two consecutive nights on May 16-17 at 8:00 p.m. at PSM.

For the production, director and choreographer Jean-Christophe Maillot incorporates multiple art forms in his unique combination of dance and theater in cooperation with French author Jean Rouaud, the winner of one of the most prestigious awards in French literature the Prix Goncourt. The performance brings a new approach to Pyotr Ilyich Tchaikovsky's masterpiece and offers a unique experience for audience members with the story of Siegfried and Odette told visually through unique stage design and costumes.

Visual Director Ernest Pignon-Ernest plays with light and darkness, creating a stage design in which dreams become reality while Philipe Guillotel completes the masterpiece with costumes he designed using classic and modern components.

Les Ballets de Monte Carlo has its roots in Ballets Russes, a ballet company founded by Sergie Diaghilev in 1909 and widely considered a pioneer in modern ballet. Founded in 1985 at the request of H.R.H. Hannover Princess the company has proven its success under the supervision of Jean-Christophe Maillot since 1993.

As the founder of the Monaco Dance Forum, Jean-Christophe Maillot is known for "The Order of Cultural Merit of Monaco" and "Legion d'Honneur," and the forum is considered one of the most important international events in dance. Maillot was granted the Moscow Golden Mask award for "La Megere Apprivoisee" in three different categories including Best Perfomance in 2015.
RELATED TOPICS