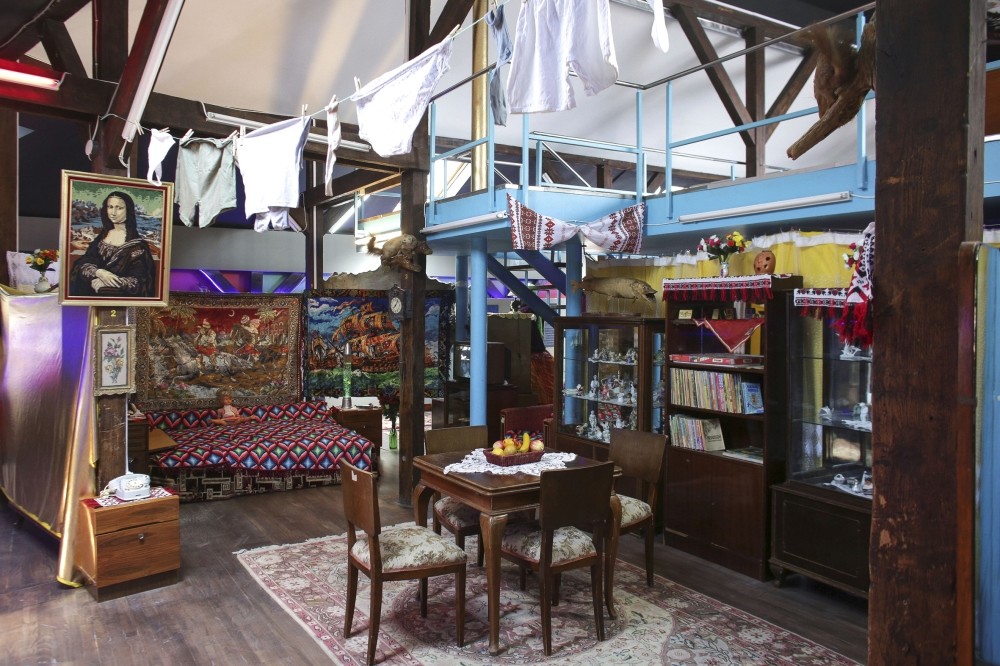 by May 10, 2017 12:00 am
Visitors to Romania who yearn for a taste of taste of communist era kitsch now have an entire museum to enjoy.

From the mundane - wedding champagne flutes covered in sequins and bows - to the more spectacular - a life-sized Dracula and flashing neon crucifixes - Bucharest's Kitsch Museum celebrates questionable taste of the past and present.

"My favourite kitsch, which has unfortunately been damaged, is a statue of Christ with an incorporated room thermometer," said Cristian Lica who opened the museum to show off a collection he has amassed over two decades.

"The creativity behind kitsch must be admired."

The 215 exhibits are curated into several categories: communist, Dracula, Orthodox Church, contemporary and Gypsy kitsch, which, Lica said, was not meant to offend the Roma minority.

"We don't want to insult anyone. We didn't invent anything, we just picked up items from the reality around us," he said.

Lica, who has travelled to over 100 countries and has written a travel book, said he believed Romania has been particularly prone to kitsch as it rushes to catch up with the aspirational living standards of its richer western neighbours.

In the communism collection, plain cotton underwear hangs out to dry in plain view, a common sight on apartment balconies of the era. For Romanians, the tiny museum in the capital city's picturesque old town, is full of recognisable artefacts both from pre-1989 communist times and the present.

"It reminded me of my childhood, how I grew up, how the house looked," said local visitor Simona Constantin.