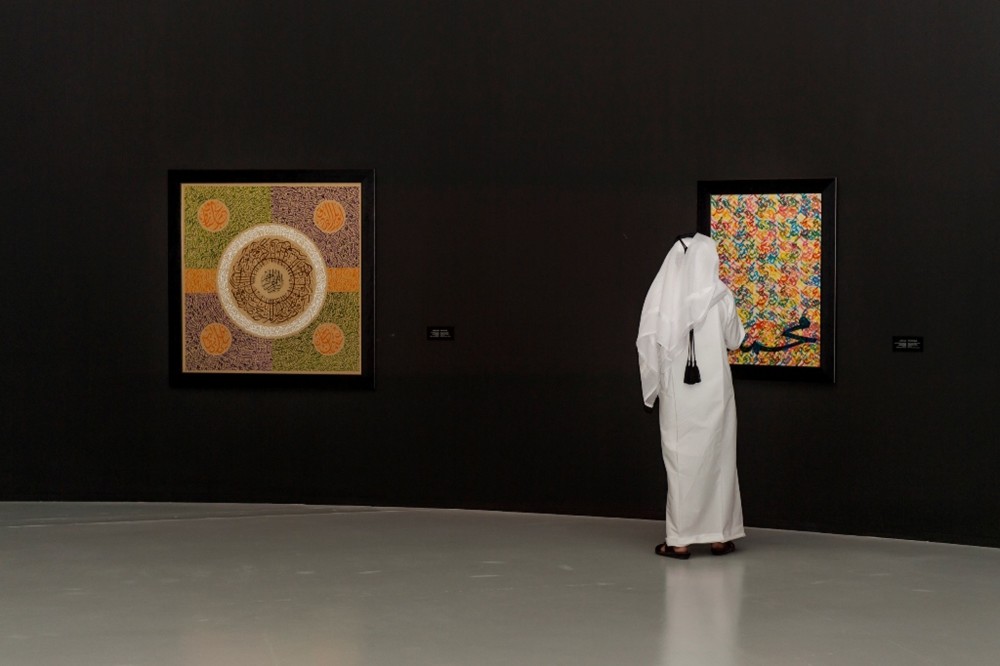 Held under the direction of the Presidency of the Turkish Republic and open until June 17, the exhibition includes a collection of remarkable calligraphic works dating from the 1960s to the present that focus on the beauty and sublimity of Islam through art. Also included in the collection are rare Hilye-i Şerifs, which are writings on the Prophet Muhammad's appearance and characteristics, and tasbihs (prayer beads) made of precious materials.

In the collection of "Zikir Taneleri" (Beads of Dhikr), visitors can view remarkable tasbihs from the Ottoman era made of precious coral, amber, tortoise shell, ivory and pebble, as well as contemporary tasbihs made of ivory, amber and rhino horn. The collection has also those materials, which are used for the production of tasbihs, being illuminated with silver and precious stones.

The principle of the "tawhid" ("unity") in Islamic communities forbids physically portraying the Prophet Muhammed. Instead, artists prefer to portray him through text by referenc

ing the remarks of people who once knew him. As a result, hilyes have become an expression and symbol of the respect and longing that the Muslim community has for their prophet.