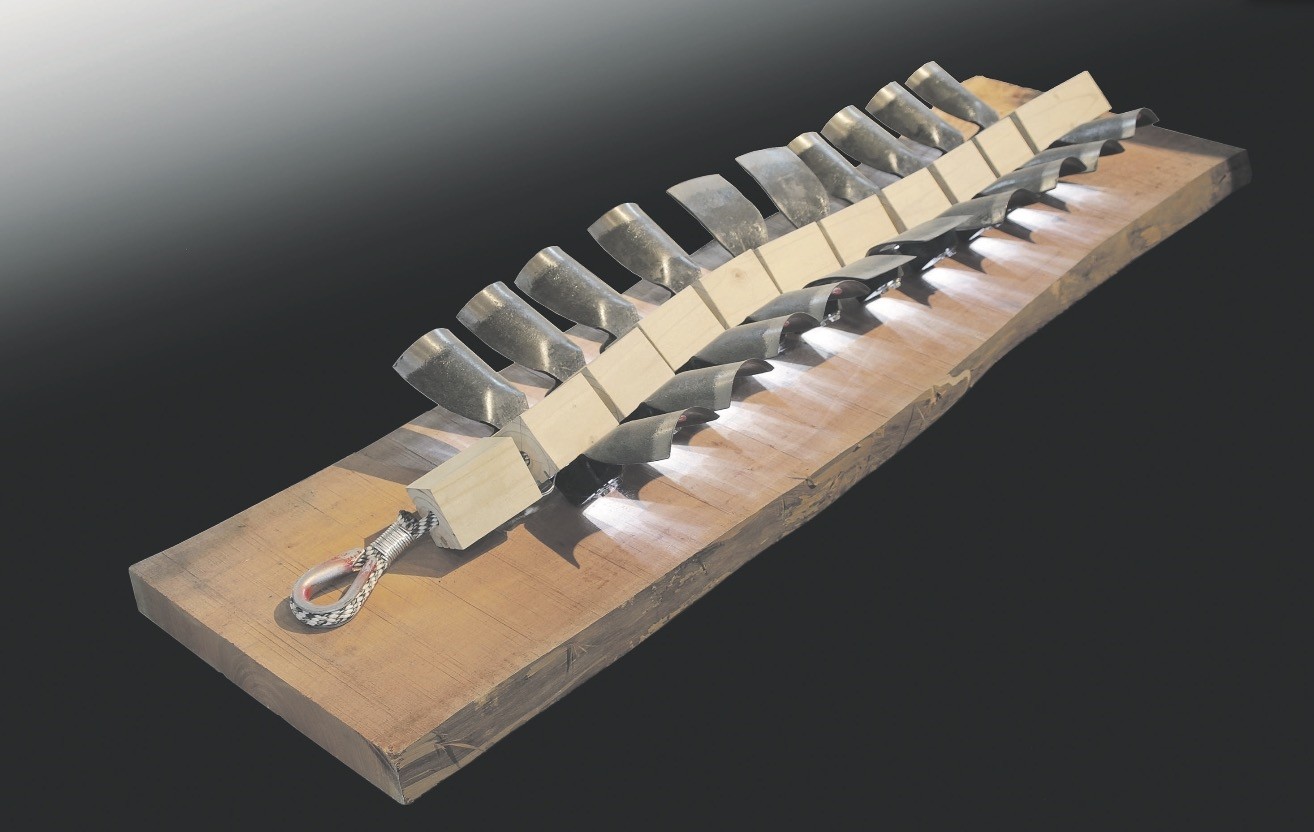 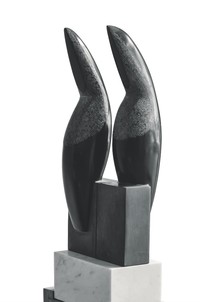 Sancho's sculptures reflect the endless diversity of the animal world with all the unique qualities of each species, which he transforms into rather abstract shapes. With their curvaceous forms, the female bodies reflect a natural liveliness in sculptures that are mostly made of wood, metal and marble. Guardia-Yglesias explains how Sancho uses "a theme that has been exploited many times over the centuries but is rejuvenated with his creativity," establishing a strong universal relationship between nature and humanity.

Sancho created his first sculpture, "The Scorpion", in 1974, using metal scraps, inspired by Pablo Picasso's "Bull's Head". The same year, he presented his first exhibition with the metal scrap sculptures in the garden of the National Theater in San Jose. Sancho was publicly recognized as an artist for the first time after he received the Ancora de Oro award from the daily La Nacion. During this period, the artist traveled to the city of Targu-jiu in Romania to study the monumental works of Constantin Brancusi and to Carrara, Italy to learn direct carving techniques with marble and granite. 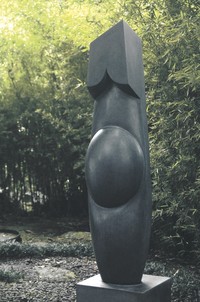 He received the gold medal at the Plastic Arts exhibition of the Costa Rican Ministry of Culture in 1978, and honorable mention at the ministry's sculpture exhibition in 1980. His first exhibition of wood- and stone-carved sculptures was organized at the National Museum of Costa Rica. He received numerous awards and began to present more of his work. The exhibition "Animalistic Collection" composed of 62 works was displayed at the Costa Rican Art Museum center in 1993. The next year, he began creating a sculpture garden in his studio, which was located at his home in Escazu, Costa Rica.

Sancho began creating abstract plant figures of monumental scale in 2003. Some of these works have been placed in the gardens of the Central Bank of Costa Rica and the Costa Rican Art Museum as well as the Peace Park in San Jose. In 2010, the Jose Sancho Foundation was founded with the aim to preserve and disseminate his legacy and to support sculpture students with various scholarships. In 2013, the foundation published a book, "The Permanent Collection", listing all the artwork in its collection. On Aug. 20, 2014, the University of Costa Rica opened the Sculpture Park with nine of Sancho's sculptures made of granite, iron, and marble depicting animalistic themes.