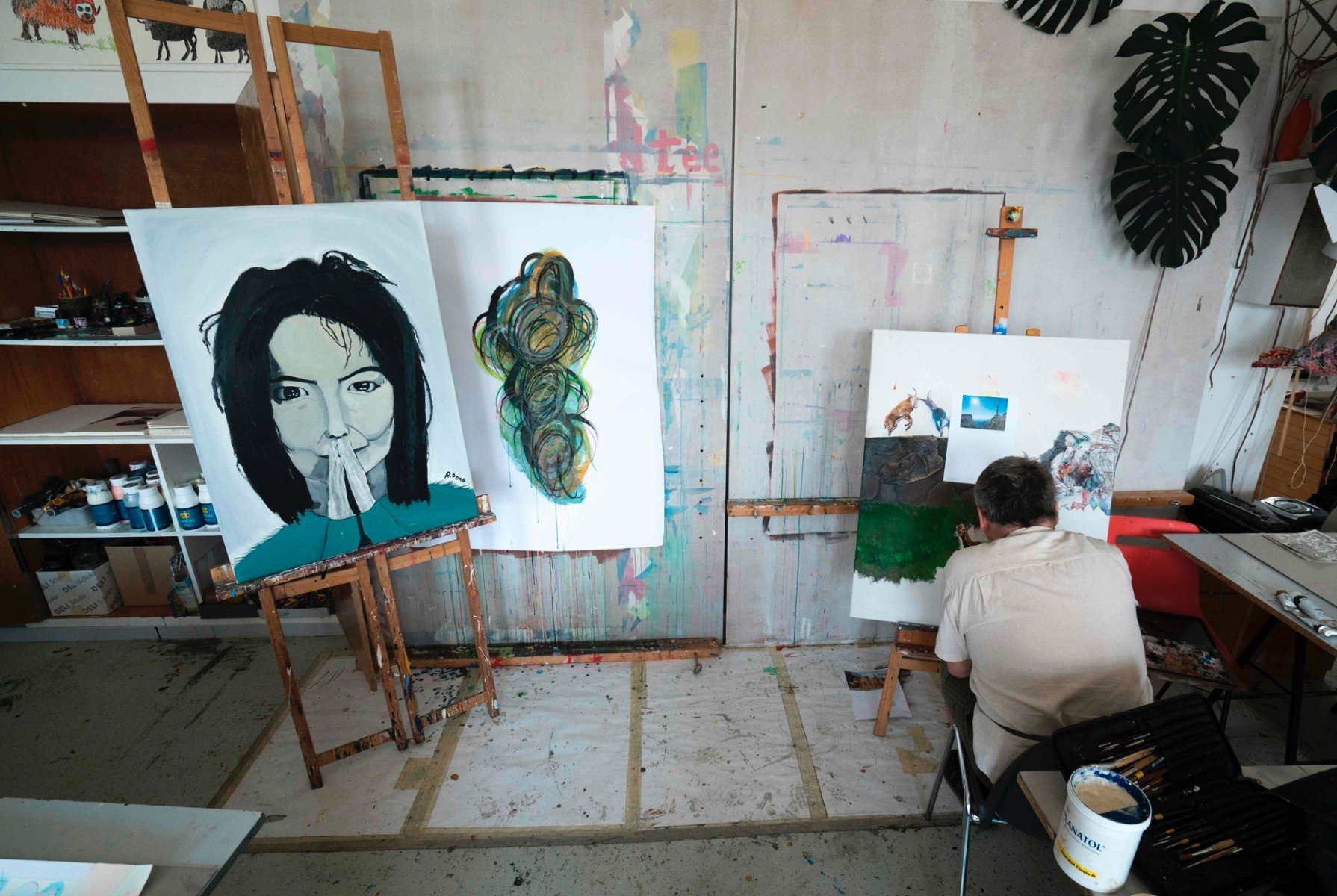 Nestled in the hills of Austria sits Gugging, an artists' colony with a difference where the worlds of psychiatry and art collide - with spectacular success.

In particular, it is a wellspring for "Art Brut", producing some of the giants in the popular genre like August Walla, Oswald Tschirtner and Johann Hauser.

"Raw art" or "outsider art," as it is known in English, is art by those untrained in - and untainted by - artistic conventions.

To the Frenchman who coined the term, Jean Dubuffet (1901-1985), it is found in the works of "primitive societies," of children - and of the mentally ill.

Until July 2, Dubuffet's sensation-causing 1949 "L'Art Brut" exhibition in Paris that started it all is being staged again at the Gugging Museum.

Featured are works by those Dubuffet met while scouring Europe's care homes for people with mental illnesses, like Adolf Woelfli, a Swiss suffering from psychosis and hallucinations.

Others include schizophrenic Aloise Corbaz who would use, at first in secret, juice from petals and toothpaste to create colorful and fantastical images, often of lovers.

"Up until then (1949), what they produced was seen, at best, as a kind of curiosity, certainly not as works of art," Johann Feilacher, director of the Gugging Art Brut Centre, told AFP.

The early history of the Gugging psychiatric hospital, in the forested hills north of Vienna, is dark. During World War II, the Nazis killed hundreds of its patients.

In the 1950s though, its new director, Leo Navratil, began to diagnose his patients by getting them to draw.

Amazed by the results, Navratil began a correspondence with Dubuffet and as the output of its patients grew, so did Gugging's fame

as a mecca for art brut.

In 1981, Navratil founded at Gugging an art and psychotherapy center, later renamed the House of Artists.

A commercial gallery and museum followed, drawing a growing stream of visitors. One was David Bowie, who bought several works for his art collection.

The psychiatric clinic itself closed around a decade ago, but the artists' colony remains.

"For us, the residents are first and foremost artists with special needs, not patients," said Feilacher, who took over from Navratil in 1986.

Walla, Tschirtner and Hauser are dead now but half a dozen Gugging artists still generate works today bought by galleries and collectors the world over.

"Along with the Creative Growth Art Center in Oakland (California), Gugging is one of the rare places in the world to have produced so many great artists," said Sarah Lombardi, director of the Art Brut Collection in Lausanne, Switzerland, home to Dubuffet's legacy.

The artists split the proceeds from sales 50:50 with the gallery, in which they are also shareholders.

Garber, whose busy surrealistic designs adorn Gugging's walls and whose technicolor ear sculpture is a Vienna landmark, also has an exhibition on.

"I am an artist and a genius," Garber told AFP. "It is beautiful to draw and paint. We are happy that we have a place where we can live and draw."

Just being part of Gugging is no guarantee of success, however.

Not all of the 15 residents produce work "particular enough to be recognized artworks," said Feilacher.