Sketches for a theory of the present in Dolapdere 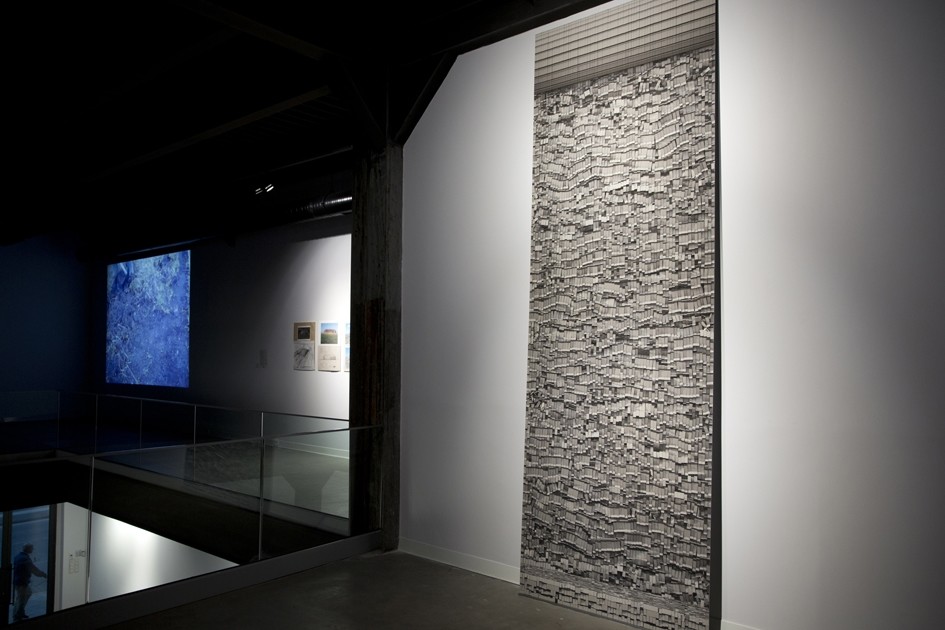 From a data visualization project of the Berlin Wall to explorations of the daily life of modern day Sofia, Gaia Gallery's new exhibition wonders what it means to live in the moment

Groups of young boys and girls arrive at the park in front of the Monument of the Soviet Army in Sofia. They are in a good mood, talking about their lives, smoking the odd cigarette, laughing at each other's jokes. The monument around which they socialize and enjoy the afternoon dates from the 1950s, an era dominated by Stalin's favored architectural style of socialist-realism.

But here, in Krassimir Terziev's video "Monu-mental," one finds little sympathy for the kitsch aesthetic of Stalin's one party state. Instead, Terziev's meticulous observation of Sofians reminded me of the great revolutionary director Dziga Vertov and his film, "Man with a Movie Camera." For this project, Terziev has borrowed audio samples that are used in the post-production of movies from libraries. Watching the mundane footage of the monument and young people walking around it, I was pleasantly surprised to hear the kind of music one is used to hearing at suspense films: it was as if a mystery was unfolding, but like many of the exciting things in life, this proved to be an illusion. 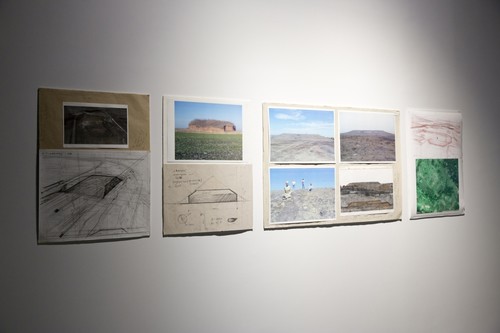 Terziev's video is part of "A theory of the present", the latest exhibition at Dolapdere's Gaia Gallery. The show's curator, Irina Batkova, has brought together photo montages, installations and videos that explore the "possibility of creating a universal temporal narrative spanning over the past, the present and the future." In this effort, the curator has tried to provoke viewers to "realize what it really means to live now, in the particular moment, in a more and more disintegrated world of over-dynamic social relations and at the same time in biographical and historical narrative standstill."

The time of Terziev's video is the early 2010s, but it is difficult to place the work in a specific historical context. The discrepancy between image and sound is unsettling and somewhat disorientating. Terziev's video subtly points to the cunning powers of the modernist artifice in the face of Stalinist architecture. The monument and the people are presented to us, like they would be in a socialist realist film, but the ostensibly simple trick of playing with the soundtrack destroys the illusion of realism entirely. More importantly, the technique makes us question the very notion of realism as well as film conventions, particularly the relationship between image and soundtrack.

"This image or video has been removed or deleted" is another work that explores the intermediacy of the media in our perception of reality. Berkay Tuncay's work consists of a single digital image, an error message that informs internet users that they can't reach a particular content for this or that reason. 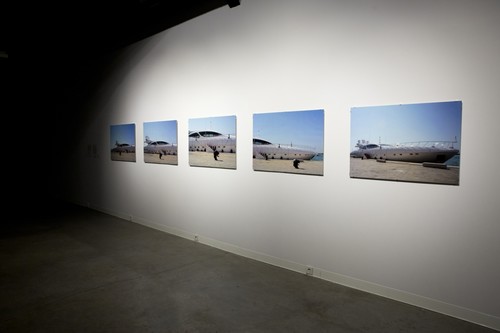 "It is a remake of the 'original' image when I saw searching for Roy Lichtenstein's artworks in 2011," Tuncay, the artist, explains. "Contrary to the text which tells us there is no image/video, we also see the presence of the still image on the screen. By transportation of this condition from web to exhibition place, the work turns into a deliberate 'play.' Also, from today's viewpoint it calls for open ended associations about censorship issues, data loss and transmission failures."

American artist Bill Viola's "The Reflecting Pool," a video installation from 1977, also plays with our perceptions through a deceptively simple image. Watching the meditative view of the pool and the image of a handsomely dressed gentleman standing by its edge proves to be a calming as well as troubling experience. "There's another dimension that you just know is there that can be a source of real knowledge, and the quest for connecting with that and identifying that is the whole impetus for me to cultivate these experiences and to make my work," Viola has said. Here, in his deconstruction of our perceptions of time and memory, he manages to unsettle us on a metaphysical level, since there is something resembling death in his otherworldly meditation on the nature of time.

Erdal İnci, a Turkish painter, has focused on a similarly simple object that, over time, had gained massive significance in twentieth century history. In "Berlin Wall: A data visualization," he explores, through a single channel animation, the so-called fourth generation wall, the "final and most sophisticated version of the Berlin Wall."

To visualize this artifice, İnci has used 45,000 separate segments of the Berlin Wall which he modeled "according to its blueprint and stacked together again in the same proportions all from a single 'L' shaped segment. Thus a monumental model of the entire wall was obtained."

With her choice to focus on explorations of the relics of the ex-Soviet world, Batkova seems to be pointing to the impossibility of sketching a theory of the present without engaging with specters of the recent past. She writes effectively about an environment "where the past and the future are gradually merging, deleting the present."