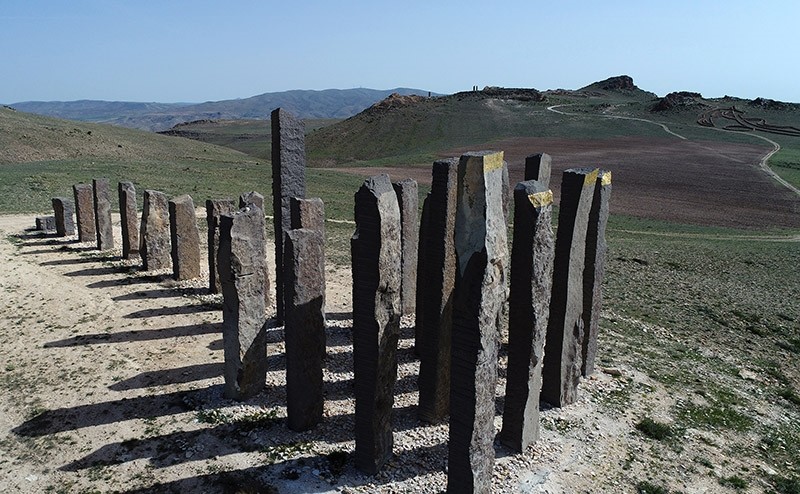 A sculptor has created "land art" covering huge areas of the landscape in the heart of Turkey's Cappadocia, region famous for its "fairy chimneys," underground cities and rock-cut monasteries.

Australian artists Andrew Rogers made the sculptures with the help of locals in Göreme's Karadağ district though a process that took two years from 2007 to 2009. The project is called "Rhythms of Life" and it has been showcased in countries across the world including Israel, Chile, Bolivia, Sri Lanka, Australia, Iceland, China and India.

Rogers' land art harks back to the Nazca lines in Peru, giant figures made of the natural rock that are only visible in their entirety from the air. Two hundred and thirty people of all ages lifted and placed the stones according to Rogers' plans. Around 11,000 tons of stone were used in the sculptures, which can be seen from a height of up to 450 kilometers (280 miles). They can even be spotted on Google Earth. 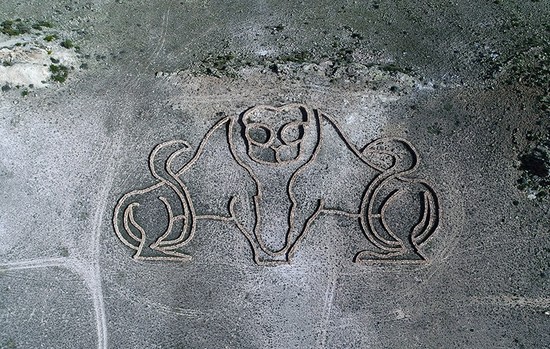 Apart from a trip to the moon, the best way to see the sculptures is to climb some nearby hills. Nevşehir-based photographer İlker Katık told Anadolu Agency that the remote location of the sculptures prevents more tourists from visiting, suggesting that a road would allow for more people to enjoy the works. Despite the many thousands of tourists who flock to Cappadocia every year, few of them reach Rogers' sculptures as a result of insufficient infrastructure, Katık explained. 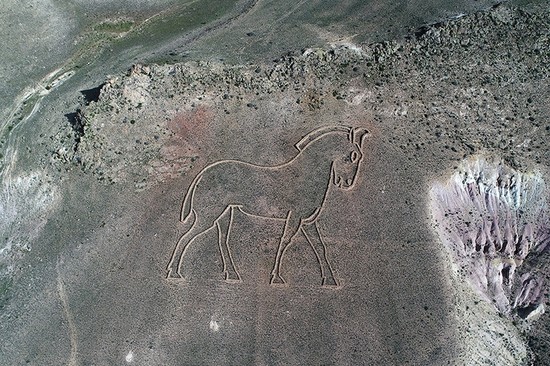 "Rogers' sculptures can certainly add extra excitement to tourism in Cappadocia, but due to skeptical attitudes and lack of interest, most people don't value them the way they deserve," Katık said.

"There's no question that if we promote these sculptures and make an accessible road then there will be a great benefit to Cappadocia tourism. Because they're made of natural stone, they can easily be promoted as part of Cappadocia," Katık added.