Istanbul an opera stage for 10 days 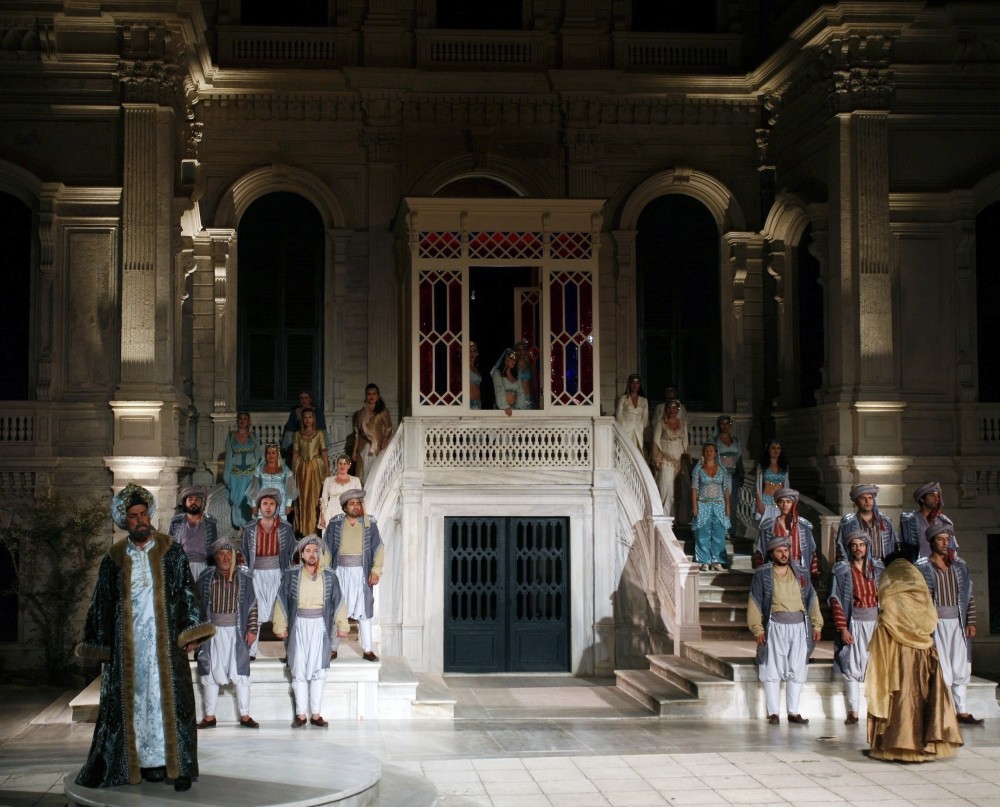 Organized by the State Opera and Ballet, the 8th International Opera Festival will stage classics like ‘Macbeth,' ‘Faust' and ‘The Abduction from the Seraglio' until June 23

Continuing to support opera and ballet arts for all sectors of society, the State Opera and Ballet General Directorate is organizing the 8th International Istanbul Opera Festival between June 13 and June 23.

Along with the "Stars of Opera" concert that is to take place within the scope of the festival, distinguished works of famous composers including Wolfgang Amadeus Mozart, Guiseppe Verdi and Charles Gounod will be showcased.

The two-week festival kicked off with "The Abduction from the Seraglio," the famous opera of W. A. Mozart performed by Yekta Kara yesterday. The joyful music composed by Mozart, inspired by the lives and music of the Ottomans, is one of the must-sees of the festival.

With German, Turkish songs and dialogues, costumes representing the era, and its outdoor décor, the Istanbul State Opera and Ballet will be staged today and tomorrow in the garden of the Istanbul Archaeology Museum located at Çinili Köşk, under the conduction of Zdravko Lazarov.

The festival continues to commemorate the founder of the Ankara and Istanbul Opera, a state artist, production director and opera artist Aydın Gün, who greatly contributed to opera's development in Turkey on his 100th birthday.

A series of concerts initiated by the State Opera and Ballet for the 2016-2017 season will now be staged in Istanbul within the scope of the festival.

This concert, conducted by Selman Ada, was first performed in Mersin, then Ankara and Samsun, winning the hearts of audiences. This time it will be performed by the Mersin and Samsun State Opera and Ballet Orchestra with sopranos Zerrin Karslı, Deniz Yetim, mezzo soprano Aylin Ateş, tenor Emrah Sözer, bassist Şafak Güç and baritone Caner Akgün to present the most distinguished works from the world opera repertoire.

Each year, the State Opera and Ballet introduces works to Turkish audiences that have been successful on the world's renowned stages through festivals and tours. It will present two great performances at the 8th International Opera Festival.

"Macbeth" night, under the direction of Recep Ayyılmaz, will offer a journey into a magical world. Adapted for the stage from William Shakespeare's same-name novel and composed by Guiseppe Verdi, the haunting work on power-hungry Macbeth's duel with himself will be staged by Mersin State Opera and Ballet at the Zorlu Center Main Stage, conducted by Nathalie Marin, on June 20.

The closing night on June 23 will feature Charles Gounod's "Faust," with a little twist. Telling the age-old struggle of good and evil from the standpoint of Doctor Faust, "Faust" will leave its mark on the closing night of the 8th International Istanbul Opera Festival with the exquisite direction of Recep Ayyılmaz and gorgeous decor and costumes, conducted by Roberto Gianola.

The tickets for the festival can be purchased at Biletiva, Zorlu Center box offices and from the garden of Istanbul Archaeology Museum with prices ranging between TL 30 and TL 80.