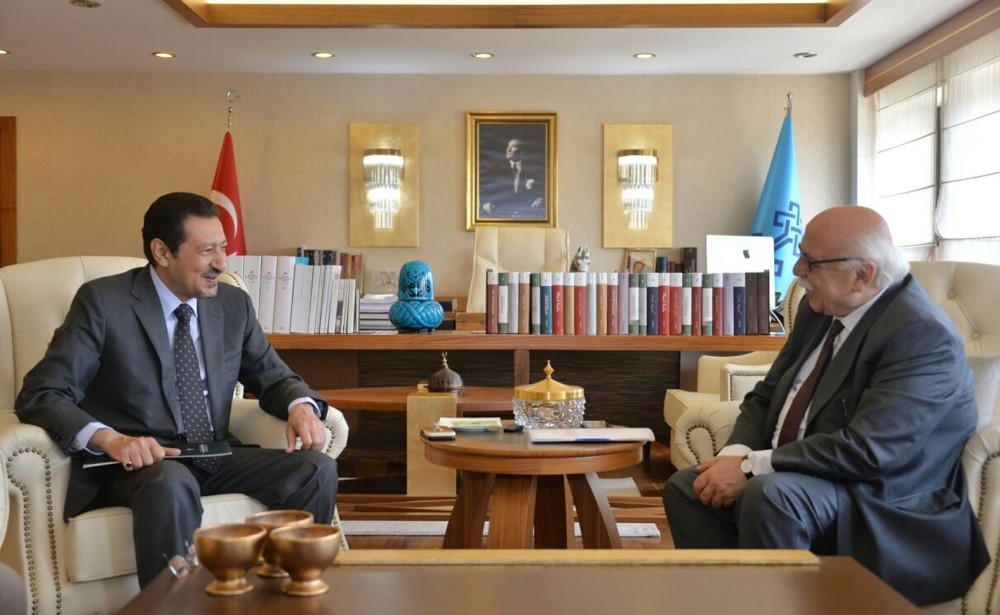 The number of tourists traveling to Turkey from Saudi Arabia has increased substantially and 2017-2018 is expected to be the year of Saudi Arabian-Turkish culture, with numerous concerts, exhibitions, movie screenings and theater shows running throughout the year.

Turkey's Minister of Culture and Tourism Nabi Avcı welcomed Saudi Arabia's ambassador to Ankara, Waleed Elkereji, to a meeting where the two discussed tourism-related data for both countries.

Minister Elkereiji noted that the number of tourists traveling from Saudi Arabia to Turkey has increased and Saudi tourists are at the top in terms of Value Added Tax (VAT) returns from the airports, thus implicating that tourists come not only for tourism but all for shopping.

Forty-two years after the Culture Cooperation Agreement was signed on September 30, 1974, Minister Avcı and Saudi Arabia's Culture and Information Manager Adel bin Zaid-Al-Toraifi signed an agreement under the auspices of the Cultural Cooperation Application Program which allows both ministers to work together to organize cultural activities during the 2017-2018 year.

The program will include cultural promotions, festivals, music and performance art shows, literature, library visits, protection of cultural heritage and the restoration thereof, along with children's culture, plastic arts and cultural and artistic exhibition-based material exchanges, including individual and group visits.