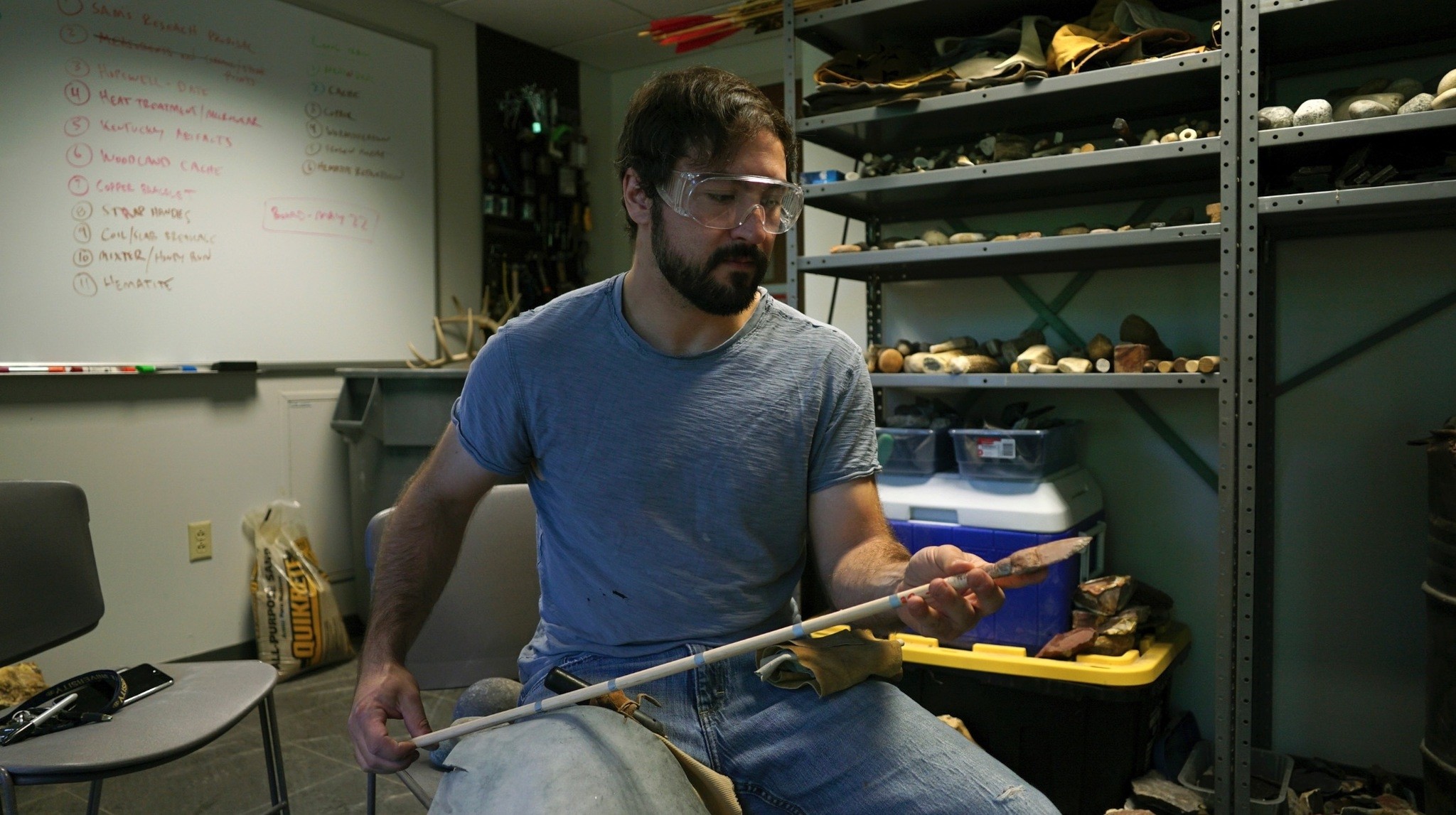 Metin Eren, an archaeologist at Kent State University, runs a newly opened laboratory that makes replicas of ancient arrows, knives and pottery to be shot, crushed and smashed.
by Associated Press Jul 14, 2017 12:00 am

Metin Eren wasn't satisfied just digging up ancient arrowheads to learn about the past. He wanted to use them for their intended purpose.

But shooting and shattering priceless millennia-old tips is out of the question, so instead, the archaeologist chips replicas of the stone-age weapons by hand.

"We can break 'em and throw 'em," he says. "Our imagination is the limit."

"The stuff that we find, it's just stuff," says Brian Andrews, an archaeologist at Rogers State University. "Stuff's cool, but we're not interested in stuff for the sake of itself. We're interested in the human behaviors that went into making it."

Eren's experiments focus on making sense of ancient weapons littered across the Americas, illustrating how humans first settled the Western Hemisphere: Through careful preparation, long-term planning, and refined technology."Even though it's the Stone Age, they're still thinking in a very modern way," Eren says.

Already he has cracked one longtime mystery. In the early 1900s, archaeologists found unusually shaped arrowheads in North America, with grooves carved from the base halfway to the head's tip. They first appeared over 13,000 years ago and spread rapidly across the continent, but existed nowhere else. Researchers were puzzled why the grooves were carved, with speculation running from religious rituals to mere decoration.

That's where experimental archaeology came in. By testing the pressure at which the arrowheads would crack using a $30,000 crusher and computer models, Eren discovered the grooves act as a shock absorber. It allows the arrowhead's thinned base to crumple slightly and absorb energy upon the arrow's impact, making the head less likely to break.

Scientists from Brazil to Britain previously conducted many kinds of experiments with re-creations, and borrowing techniques and technologies from other scientists has been long-standing practice.

Still, Eren's lab, only a year old, stands out for its cutting-edge equipment and singular focus on archaeological experimentation, says Briggs Buchanan, a professor at the University of Tulsa.

"Metin's lab is setting an exceptional example by conducting rigorous controlled experiments," said Buchanan, who has co-authored papers with Eren. "Earlier experimental studies suffered from being of variable quality and rarely built on previous studies."

On a Thursday morning, Eren hunches over a pile of flint shavings. Donning goggles, he grips a chunk of obsidian the size of a large pickle jar and cracks a moose antler down on one edge. With a resounding snap, a blade of obsidian chips off.

He examines it gingerly. Obsidian blades are "sharp to the molecule," he says, and one nearly sliced off his left pinky in graduate school.

In his hand, he's holding a piece of the puzzle of how humans came to rule the world. By refining their weapons, ancient Americans learned how to adapt to all sorts of conditions.

"They knew they were going into unknown territory, and because of that they actually prepared extremely well technologically," Eren says. "Understanding this process of colonization is important to understanding how we are today."