British people give great importance to TV series, as it is obvious from the numerous comments on social media. One only needs to look at British television shows to get an understanding of how politics are run in the country

The British love to engage in endless discussions about their television shows, as anyone who has spent time on Twitter U.K. knows. The British consider television to be an important institution that contributes to the formation of a well-rounded worldview. For them, it is an institution in which representation matters immensely (just look at the recent Dr. Who discussions on Twitter). The kinds of television shows being produced in the U.K. are always a reflection of the "state of the nation" and, seemingly, a platform where presenters can potentially attain status as the "national treasure." 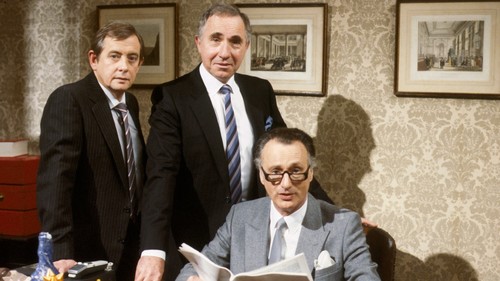 The 1980s sitcom "Yes, Minister" ran for eight years on U.K. television and chronicles the adventures of Jim Hacker, who is first appointed as a minister before becoming prime minister as the series progresses. Hacker is depicted as a political outsider who knows little about the nuts and bolts of Westminster's political machine. He is taught the ropes by Sir Humphrey, the permanent undersecretary (also known as the "Deep State"). Hacker is a politician with a good heart, and his efforts to make the lives of his constituents better are continuously thwarted by Humphrey. The plot is arranged so that the audience understands that the "good project" that Hacker chases after is, in actuality, not so good for the people after all. Viewers quickly realize that Humphrey, through his wily ways, has saved the day both for the party and the country at large. To put it simply, he just knows what is best for the common good. The defeatist concept here is that no matter what kind of person is elected to do the job, the wheels of the "machine" - run by privileged clerks who have probably been keeping such positions filled by members of "the family," will keep on turning in the same old way and nothing will change. One can say that "Yes, Minister" is a template for TV political satire - the likes of which is difficult to find elsewhere in the world. In the golden age of the dubbed series on Turkish television and before the dawning of the overproduced Turkish soap opera, "Yes Minister" was shown on the single state channel in Turkey, so the faces of Sir Humphrey and Jim Hacker are just as familiar to Turks of the 1980s as they are to the British. The series remains a reference for political satire: A quick look at one or two episodes will reveal gags about relations with dodgy Arab regimes, environmental issues and the then-ongoing process of the formation of the EU.

The original 1990s series, with the inimitable Ian Richardson playing Francis Urquhart (not the plebian "Underwood," thank you very much), was adapted from a book by conservative politician Michael Dobbs. When Margaret Thatcher resigns, the chief Whip Urquhart (this is the series that taught me all about the institution of the Whip: He/she is the honorable member who ensures that all members of the party vote in a certain way when bills are presented) hopes to get a ministerial position. When he is denied his life's dream, he works to bring the new prime minister down. His evil genius is that he gives the appearance of the wise and experienced Tory who is trying to reign in the younger bucks, causing tensions in the party - all the while engineering those tensions himself. The series is particularly good with regard to the relationship between politicians and journalists. Urquhart comes across as a master of spin and his relationship with a young female journalist who keeps calling him "Daddy" helps us forgive ourselves for falling for his charisma. Urquhart's catchphrase, sometimes directed at the journalists whom he guides towards certain conclusions, and sometimes directed at the TV audience to break the fourth Wall: "You might very well think that I couldn't possibly comment," is a phrase that is still referred to when politicians suggest certain things in their press appearances, acting all demure.

'The Thick of It'

"The Thick of It" started airing in 2005 and continued until 2012. In addition to the memorable character of Malcolm Tucker, the high priest of swearing, it also determined the terms with which politics would be discussed throughout this period (and beyond.) The series is filmed in mock-documentary form, with hand-held style that was very popular in noughties. This style, coupled with completely artless acting, gives the audience the feeling that they really are watching what goes on in the offices of politicians. It depicts the Blair-era, so it is the inner workings of the Labor Party that we get to view first hand. The anti-hero, Labor spin doctor Malcolm Tucker (based on Alistair Campbell and played by Peter Capaldi), is nothing like the smooth talking Sir Humphrey or Francis Urquhart. His name is as plain as it can be and Tucker hails from Scotland, as is apparent the minute he opens his mouth. In this series, upper class mannerisms do little to give you an edge in politics, making you vulnerable instead. The series signals a political power shift from the clerks who know how to handle politicians to the clerks who deal with the press. Malcolm Tucker's flowery language is one all social media users and commentators take recourse with when they want to criticize politicians - it would not be an exaggeration to say that he has set the parameters of permissible cussing in political debate. British pundits keep trying to imagine what the series would have done with the current political crises, asking Armando Iannucci (who also wrote "Veep") if he plans to write another series. His answer is usually that he and his team, over the last seven years, has imagined every possible failure and scandal (he has another flowery word for this) that can happen, and almost all of them have come to pass, concluding that there is nowhere the show can go. Current politics seems to push the boundaries of the probable, and may turn up more grotesque developments then Iannucci can dream of. 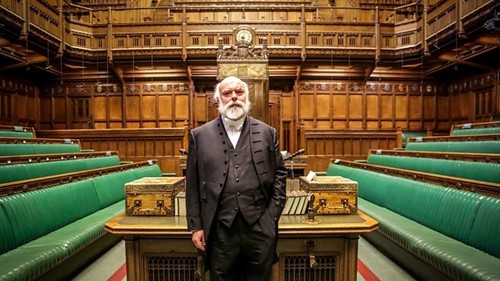 Aired on the BBC in 2015, "Inside the Commons" is a documentary about the workings of the Houses of Commons, produced by TV reporter Michael Cockrell. It follows the routines of a number of politicians including the very loveable Sarah Champion, who serves as the "outsider" Jim Hacker type, and introduces us to the archaic traditions of the House, including how one has to arrive early in the morning for prayers to get a good seat and how one might have to spend the night in the House in order to be the first in line for petitions. The "characters" of the House, including Jacob Rees-Mogg (also known as the famous "honorable member for the early 20th century"), and Michael Fabricant, with hair which rivals that of Boris Johnson, makes memorable appearances. The four-part documentary ends with an episode on the physical House itself, rebuilt in its present state in 1860. We are told it needs major refurbishments and that the assembly will have to be rehoused somewhere else for the work. However, like some of the changes in legislation that we see some members of Parliament fight for, this project, too, seems to have been postponed indefinitely.