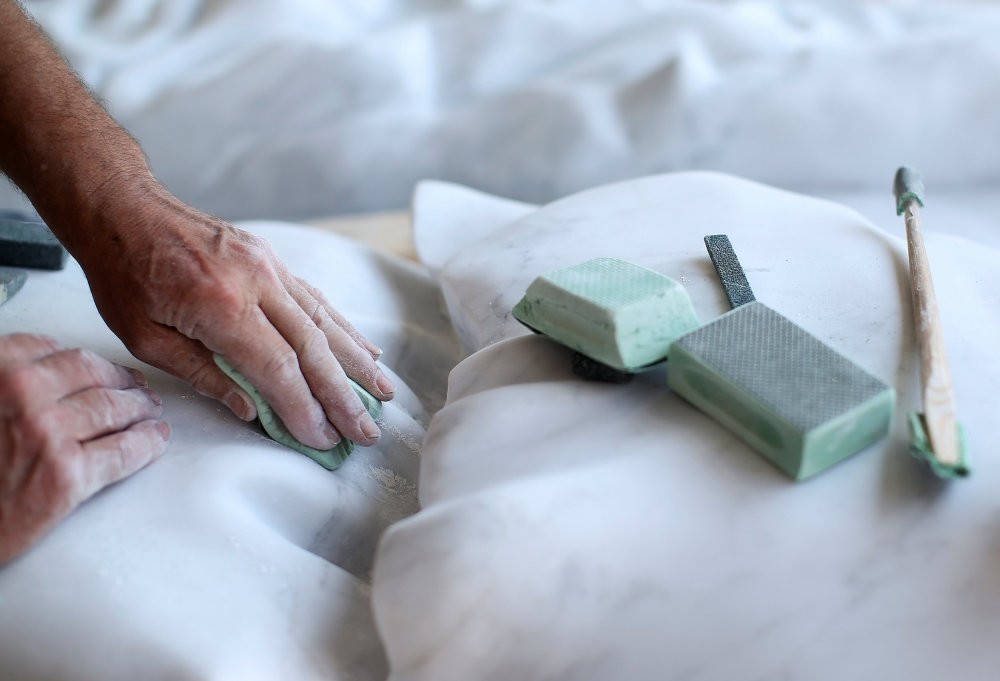 In 1517, Michelangelo climbed Mount Altissimo in Tuscany and found the marble of his dreams.It was, the Renaissance master wrote, "of compact grain, homogeneous, crystalline, reminiscent of sugar". He deemed it perhaps even more precious than that from nearby Carrara, where he had obtained marble for some of his most famous statues.

With the blessing of Pope Leo X, Michelangelo designed a path that could get blocks of the white marble down from the mountain to be transported to Florence to be used to decorate the facade of the church of San Lorenzo.

In exchange for getting a quarry operation going, Florentine authorities granted Michelangelo the right to take as much marble as he wanted from Altissimo - which in Italian means both "most high" and "God" - for his use for the rest of his life.

"There is enough here to extract until Judgment Day," he wrote to a contemporary.

But it was never to be.

After several years of work to carve out a road, Pope Leo, who was of Florence's Medici family, relieved Michelangelo of his commission and the project was abandoned. The church of San Lorenzo still has no facade.

Today, the quarries of 1,589-metre-high (5,213-feet) Altissimo, in Italy's Apuan Alps, buzz with the kind of activity that even a genius like Michelangelo probably could not have foreseen.

Modern cutting and extraction techniques have produced a surreal landscape similar to some Cubism paintings, a dizzying array of upside down staircases and sugar-cube structures looking heavenward.

"The primordial instruments such as levers, chisels and hammers later evolved with the introduction of helical wires in the 19th century and now we have diamond-tipped wires and saws and heavy earth-moving equipment," he said.

Before the extracting begins, experts known as "tecchiaroli" hang on ropes from the sides of the mountain and pick at its sides with pointy iron bars to remove loose rock that could fall and hurt workers in subsequent phases of the extraction.

In the three centuries following Michelangelo's time, the Altissimo quarries went through cycles of abandonment and re-discovery.

In 1821, Marco Borrini, a local landowner, teamed up with Frenchman Jean Baptiste Alexandre Henraux to start a new company and it has been active in the area ever since.

In the 19th century, the tsars of Russia chose Altissimo marble for the construction of St. Isaac's Cathedral in St. Petersburg and more recently, it was used in the Sheikh Zayed Grand Mosque in Abu Dhabi, which opened in 2007.

Over the years artists such as Auguste Rodin, Henry Moore, Joan Miro and Isamu Noguchi have used Altissimo marble for their sculptures.

Michelangelo would be proud.