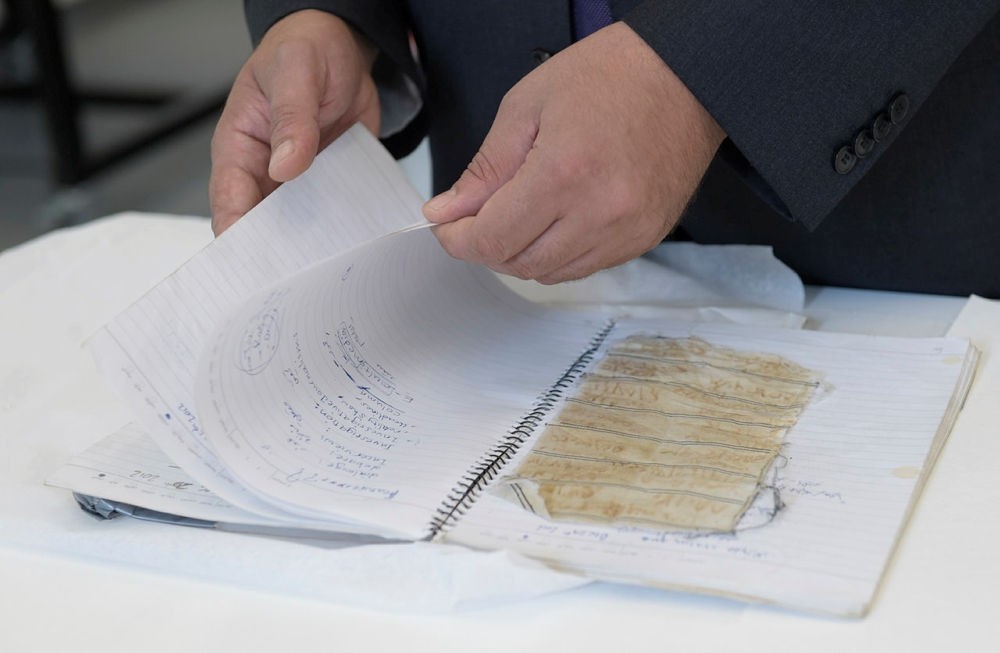 Mansour al-Omari, a Syrian human-rights activist documenting cases of people who have disappeared under Assad, shows scraps of fabric with the names of fellow inmates. (AP Photo)
by Associated Press Aug 08, 2017 12:00 am

A Syrian human-rights activist has loaned scraps of fabric with the names of fellow prisoners written in their own blood to the U.S. Holocaust Memorial Museum's preservation center.

Omari says he was working to document cases of people who have disappeared under Bashar Assad's government when his office was raided in 2012. He says he was detained for about a year and was tortured.

Omari decided to continue his work while detained and teamed up with others to document the names of those around them. They used a chicken bone as a pen and blood and rust for ink.

Omari says he is loaning the materials to the museum for display to raise awareness about the Syrian civil war.