Jim Carrey bares his soul in documentary 'Jim and Andy' 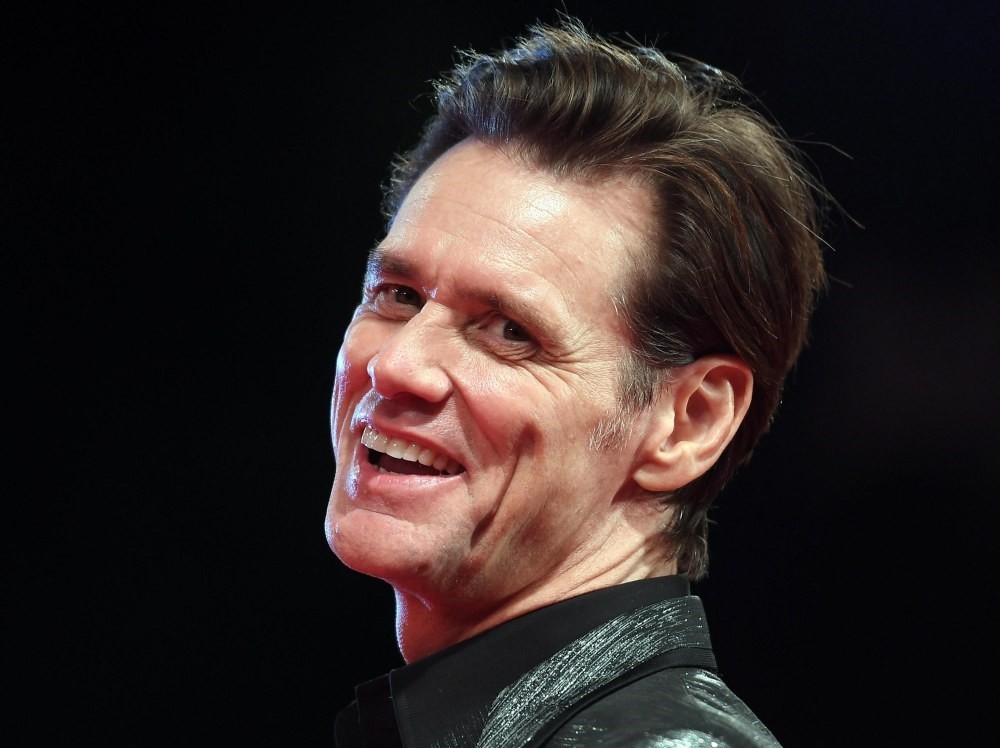 Jim Carrey, the comic actor who was one of 1990s Hollywood's biggest stars, doesn't exist.

So says the Jim Carrey who came to the Venice Film Festival this week with "Jim and Andy," a documentary about his experience playing comedian Andy Kaufman in the 1999 biopic "Man on the Moon."

He said the mega-successful entertainer Jim Carrey is "a character that has been playing me my whole life."

It's a comment in keeping with the subversive spirit of "Jim and Andy," which draws on dozens of hours of behind-the-scenes footage shot during the making of "Man on the Moon."

Carrey stayed in character as Kaufman throughout, an experience he conceded "was psychotic at times."

The documentary mixes the previously unseen backstage footage with a recent interview in which Carrey muses on the experience, his career and the nature of identity.

The result is a fascinating reflection on identity, celebrity and creativity - even for viewers unfamiliar with Kaufman's work.

Perhaps most famous as Latka Gravas on the sitcom "Taxi," Kaufman was a provocateur who brought an anarchic spirit to the comedy scene with boundary-pushing routines including deliberately feeble impersonations, hoaxes and wrestling bouts against female opponents. He died of lung cancer in 1984, aged 35.

When he made "Man on the Moon," Carrey was a huge star, commanding millions for comedies including "Ace Ventura: Pet Detective," "The Mask" and "Dumb and Dumber."

But, as he discloses in the documentary, he still felt empty.

"Jim and Andy" director Chris Smith said his revealing conversation with Carrey was "the interview you always want but never get."

"I think he had come back from a period of being off the map and I think he had a lot to say," said Smith, who also made documentaries "American Movie" and "The Yes Men."

"You see somebody who achieved everything they could ever want and got to the other side, and was still unhappy. And that's a very harrowing idea."

In the backstage footage, the rest of the cast and director Milos Forman seem alternately amused, confused and uneasy at Carrey's total transformation into Kaufman. Then there are disruptive appearances by Kaufman's alter ego Tony Clifton, a boorish lounge singer who turns up from time to time - played by Carrey, but also sometimes by Kaufman's friend and collaborator Bob Zmuda.

It is a perspective-shifting funhouse of a film, whose full title is "Jim & Andy: The Great Beyond - the story of Jim Carrey and Andy Kaufman with a very special, contractually obligated mention of Tony Clifton."

Carrey, 55, said speaking to Smith helped him understand his time playing Kaufman as a step on his spiritual journey.

He said playing Kaufman was "an extreme version of allowing yourself to let go of self."

"You subjugate yourself to another character, and in doing so by the end of it realize - when it takes a month to get yourself back, what the hell is that self to begin with?"

After "Man on the Moon," Carrey made some edgier movies like "Eternal Sunshine of the Spotless Mind" and slowed his movie output.

Now he spends much of his time painting and sculpting. He says the mega-successful performer Jim Carrey was a creation that stemmed from a need for approval he'd had since childhood.

"Very early on, ego kind of took over and realized, 'Oh my gosh, in the living room if I'm funny like my dad, people call me special.'" Carrey said.

"It's like a dog who needs a bone - I need to lay on my back and have someone rub my belly and tell me I'm the special thing. And I don't need that now."

He says "remnants" of the old Jim Carrey remain, but he is trying to transcend them. He looks back on his career as "a cool thing that happened" but does not worry about how he will be remembered.