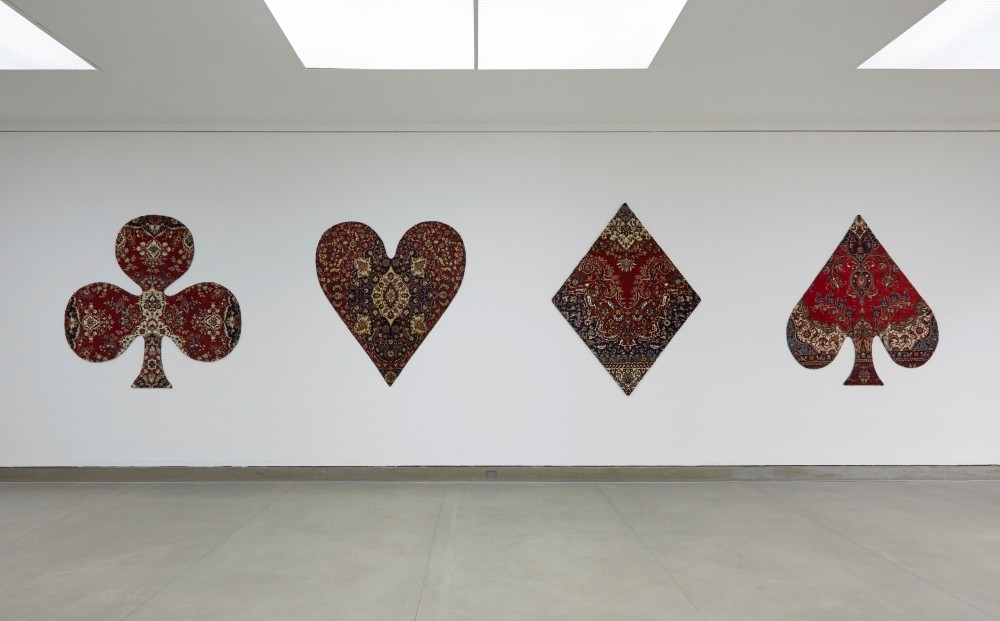 Istanbul-based art gallery Adas is welcoming Turkish artist Şakir Gökçebağ, who has been living and working in Hamburg for many years, with his solo exhibition titled, "Önüm Arkam Sağım Solum" (a rhyme children say while playing hide-and-seek) in tandem with the 15th Istanbul Biennial in September.

Şakir Gökçebağ has compiled a series of works from his practice over the last few years and delivers an artistic and visual feast to his viewers by utilizing daily objects that surround us in his art, questioning their potential creativity. Gökçebağ filters everyday objects that are known to all of us in his own unique way, thus offering his audience a vision by creating a new world. "Of course, there is no limit to creativity. Stationary objects are more creative and valuable than they seem to be," Gökçebağ says. As an artist who is uncomfortable with conventional images, he believes that creating unusual forms of familiar objects in art will make life more creative, inquisitive, tolerant, and endurable.

Gökçebağ, who was awarded one of Germany's most prestigious art awards the Leo Breuer prize in 2016, will also present his monographic book, published by the German Distanz Publishing House, in conjuction with his solo exhibition. The exhibition can be seen from Monday until Oct. 21.