'The Power': A novel that revises the past and future of gender relations 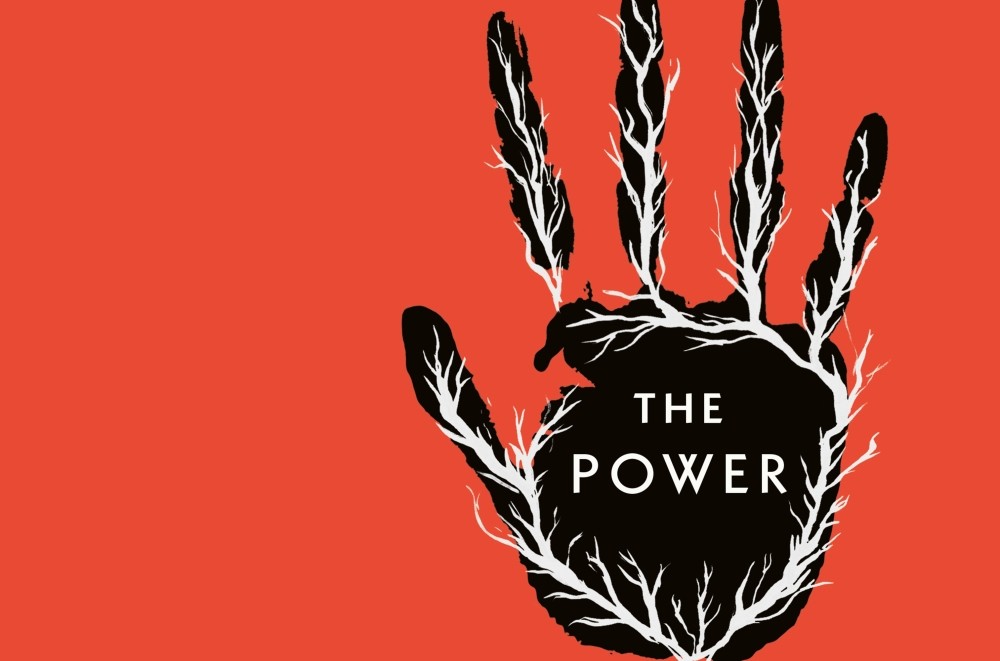 We are no strangers to ‘reversal of the sexes' narratives, but Naomi Alderman's Bailey's prize-winning novel ‘The Power' takes us to a more believable, liberating and in some senses darker place. It's a revisionist history and future told with the pace of a thriller, a companion piece to ‘The Handmaid's Tale,' and a novel that is also a commentary on its own circumstances of production

Do we live in the best of all possible worlds? This seems to be the question that most science fiction and fantasy novels and films revolve around, the answer invariably being "Yes." The future is almost always imagined to be soulless and mechanized, and even if it should be some sort of idyll as in HG Well's "The Time Machine," it is not long before we discover that the seemingly happy humans of the future are being eaten by the Morlocks of the underworld.

Naomi Alderman's "The Power" also imagines a future world that could, at first glance, be a better one. Women, the physically weaker and oppressed half of the human race, get "the power," the ability to activate a "skein" in their body to use electricity through their fingertips, the ability to send electric shocks through people they touch.

This "power" rebalances the power relations between the two sexes. The women don't, as some may expect, use this as some natural taser to defend themselves when they are attacked by men. They use the power proactively to intimidate, harass and oppress men. And so we are in some sense in familiar territory. Power corrupts, and absolute power corrupts absolutely. If women were the more powerful sex, the book seems to be saying, they would be just as merciless as the men. Then, perhaps, we live, if not in the best of all possible worlds, in one of the equally worse versions of reality that is governed by violence.

But this is not the only level that the novel operates on. The whole narrative of how women take power is framed by a correspondence between an editor named Naomi and a fictional author named Neil Adam Armon (an anagram of Alderman's name), who sends his manuscript "The Power: A historical novel" to her for consideration. So Alderman's novel works both as a revisionist history and future and a commentary on revisionist histories. Much has been said about the historical novel genre, particularly taken up by women writers, in which the "voiceless" have been given a voice, in which the women have been portrayed as more central than they really were. In Alderman's novel the genders are switched around, andwe have a male novelist trying to write a revisionist history that tries to convince the reader, and the female editor, that men were once more powerful than the women. This echoes the protests of female historians and novelists to recast history in a light that will reveal hidden female figures, and it is again up to the reader to decide whether this effort is heroic, futile or risible.

Neil Adam Ramon's "novel" opens with a quotation from "The Book of Eve," the holy scripture in this futuristic world that Alderman has created. Even this opening cleverly follows the narrative rituals that women have to engage in in the real world. Neil has to start speaking within the female discourse, to pay homage to female gods, to make sure that his story will be heard at all. Neil is only mirroring Alderman: She herself opens her book (before the whole framework of correspondence and Neil's book begins) with a quote from the Bible, 1 Samuel verse 8, a section in which Samuel warns the people who are asking for a king about the hardships that that a king will put on them. The leader you wish for may exact a higher price than you may be preparing to pay.

Neil's first chapter is apocalyptically named "Ten years to go," a time period that gets reduced in the chapter titles as we approach the end of his story. He starts his story 10 years before what Alderman has called "the cataclysm" in the novel. Alderman's cataclysm can be likened to the biblical Great Flood, a destruction of the whole world so that life can begin afresh. This destruction is brought about, in Alderman's fictional world, not by rising waters, but by strategic deployment of man-made weapons by women, so that the world can start again, this time with women as the more powerful sex.

Allie, the young woman who discovers her power and takes on the mantle of Mother Eve, to guide the women who have similarly discovered their ability to shock and awe men, quotes scripture and adds a bit of rhetoric to it, having spent her life in the care of religiously minded, but not very good people. And although Alderman wants us to see the development of this new religion around the charismatic Allie as following the Abrahamic template, she leaves enough room for the story to be read also as an evolutionary tale. Women have developed "the skein," the part of the body that generates the electricity, after thousands of years of oppression and abuse. Allie is one of these women who have been sexually abused from a very early age, and Mother Nature has finally decided to put an end to it in her own way. The beauty of Alderman's feminist project is that it is the younger women who first discover their power and then reactivate it in older women.

Although it tackles very big ideas, the novel never becomes wordy or expository. We follow the stories of girls coming from the London crime scene and American political milieu, stories with grit that are paced like a thriller -- with electrical skeins added. We also follow the story of the Nigerian male reporter Tunde whose path crosses with one of the girls close to Mother Eve (Alderman does not mean to abandon hope in the male of the species) in a "jungle" in the middle of Europe. Alderman's plot elements that push the story towards "the cataclysm" have very subtle references to current events in the real world, not least to the refugee crisis. But then refugee crises have always been with us, and it's only natural that a novel dealing with a central imbalance of power should resonate in that sense.

To me, one of the most powerful elements in the book that shows the message of what Alderman is trying to say are the sketches of archaeological artifacts supplied by our pleading male novelist. One of these sketches is a section of a neoclassical façade, two pillars with a triangular arch. Right under the arch is a plain coat of arms with a cross and below that a wall from which something has been clearly torn away.

The caption reads: "Exceptionally complete Cataclysm Era carving, around 5,000 years old. Found in western Britain [...] something has been deliberately removed from the center, but it is impossible to ascertain what was lost." We, the reader of 2017, know exactly what was lost: It is a male statue, one of thousands that adorn the public institutions of Britain. The image is in fact not unlike an Oxford college façade, and the sketch is an even more powerful political statement when one considers the recent, very real campaign to have the picture of the colonial plunderer Cecil Rhodes' statue removed from Oriel College.

The wording of the captions of these sketches themselves has an inherent violence. The finality and dismissal in "it is impossible to ascertain" reflects back on the real world as the willful negligence of historians to look for traces of women's history where only a bit more of a systematic search could give us the missing female figures. There is also a sketch of a wooden statue of Jesus's upper body with the caption "The Son in Agony, a minor cultic figure," placing Jesus as an addendum to the story of the Holy Mother, which becomes the dominant faith after the cataclysm. This is revisionist history at its extreme: Even the central figure of the largest religion in Europe can be relegated to a "minor cultic figure." Alderman radically asks us to consider what other "minor cultic figures" might once have been at the center of people's vision of the world. In another sense, she reminds us that Abrahamic religions supersede one another in a similar manner.

Alderman, as a fantasy genre writer, manages to create a believable world that works consistently within its own parameters. Hers is a story that requires only a minimum amount of suspension of disbelief, as you follow the stories of these girls who try to figure out what to do with their newfound power. The book comes with an "Electrifying" recommendation from Margaret Atwood on the cover. If "The Power" does not get made into a film, it will only be because of the sorry state of gender affairs that has inspired Alderman to write the book and that has activated the power in her characters in the first place.