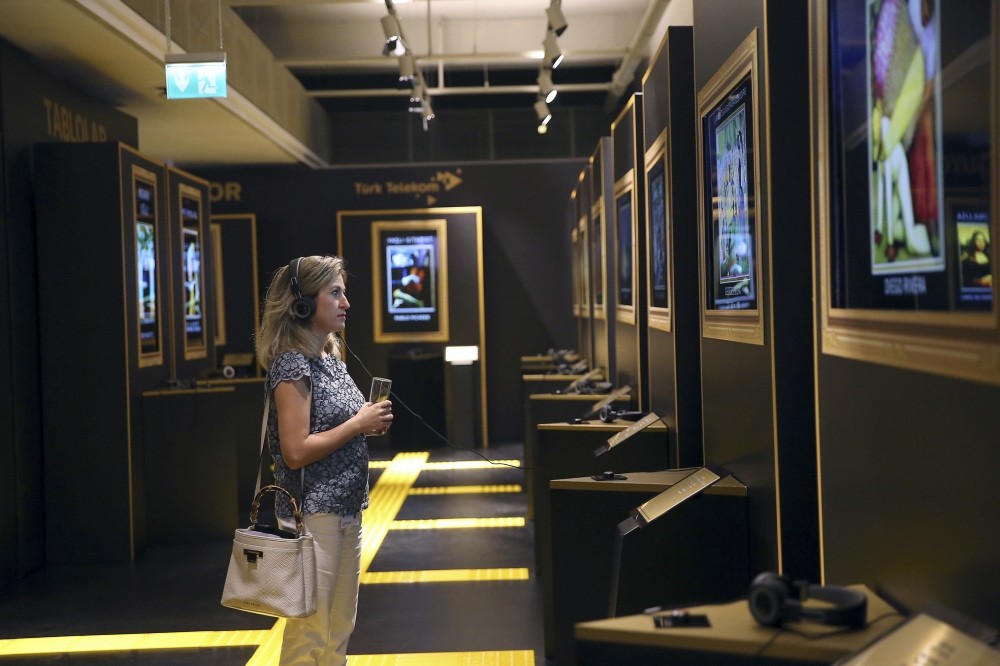 What makes the exhibition unique is that the paintings, including Hodja Ali Rıza's "İftar Sofrası" (Iftar Table), Picasso's "Old Guitarist," and Ahmet Hamdi Bey's "The Tortoise Trainer," are verbally described for the visually impaired art lovers.

Armağan, who was born with low vision, has attracted worldwide attention with his paintings that follow the rules of perspective. Even though he never received formal painting education, he touches mockups with his fingertips in order to draw specific objects. Performing live at the gala event he drew a table phone.

Türk Telekom is planning to take the exhibition across Turkey. The works of art can also be accessed through land phones and the official mobile app of the project.

"Paintings Speak" will be open until Sunday.