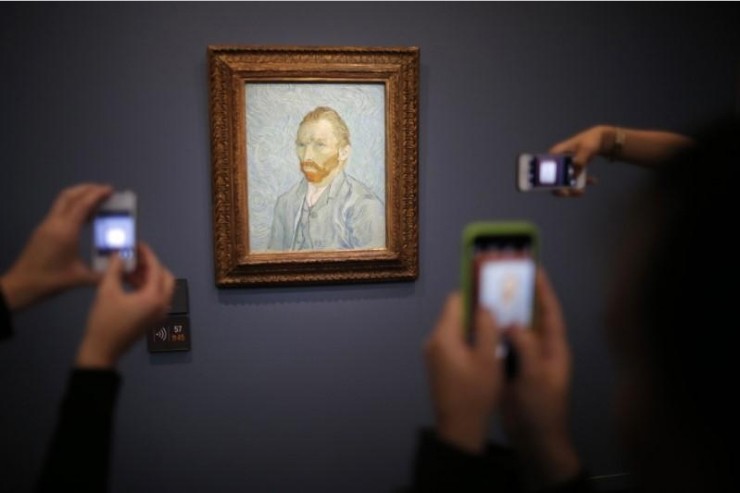 You have seen his "Sunflowers" in a museum, sung along with Don McLean to "Vincent (Starry Starry Night)" and gawped at the tens of million of dollars his works have fetched at auction.

But you have never seen Vincent Van Gogh's art quite like it is shown in the film "Loving Vincent."

Seven years in the making and billed as the world's first fully-painted feature film, "Loving Vincent" uses more than 130 of the Dutch artist's own paintings to tell his own story.

Each of the 65,000 frames of the animated independent film, created by Polish artist and animator Dorota Kobiela, is an oil painting hand painted by 125 professional artists who traveled from around the world to be a part of the project.

"It looks like something completely different, and that doesn't happen very often in our media-saturated world," said Hugh Welchman, who co-wrote and directed the film with Kobiela.

"Loving Vincent," showing in limited release in New York and Los Angeles and arriving in Europe in October, was first filmed with actors playing some of the people Van Gogh captured on canvas.

They include Saiorse Ronan as doctor's daughter Marguerite Gachet and Chris O'Dowd as postman Joseph Roulin, who walk through and inhabit his paintings as his story unfolds.

Then came the hard part. Finding and training the painters to reproduce Van Gogh's work.

More than 4,000 artists from around the world applied for the job and 125 were chosen and put through three weeks training.

"Even though we were hiring the very best oil painters, Vincent's style look like it should be very easy but actually it's difficult to do well," said Welchman.

"Even after training there were still quite a few painters who really found it impossible to get to grips with his style," Welchman said.

The $5.5 million production focuses on the last weeks of Van Gogh's life before his death in 1890 in France at age 37 from a self-inflicted gunshot wound.

Welchman said the film has triggered some unusual responses.

"We've had a lot of people in tears at screenings. People are sending poems or making cakes with intricate Vincent paintings on the cake," he said.

He and Kobiela hope the film encourages audiences to discover more about Van Gogh.

"I'd like them to think there is more to his story than he went mad, cut off his ears, was a genius and did these incredibly colorful paintings that sell for lots of money."