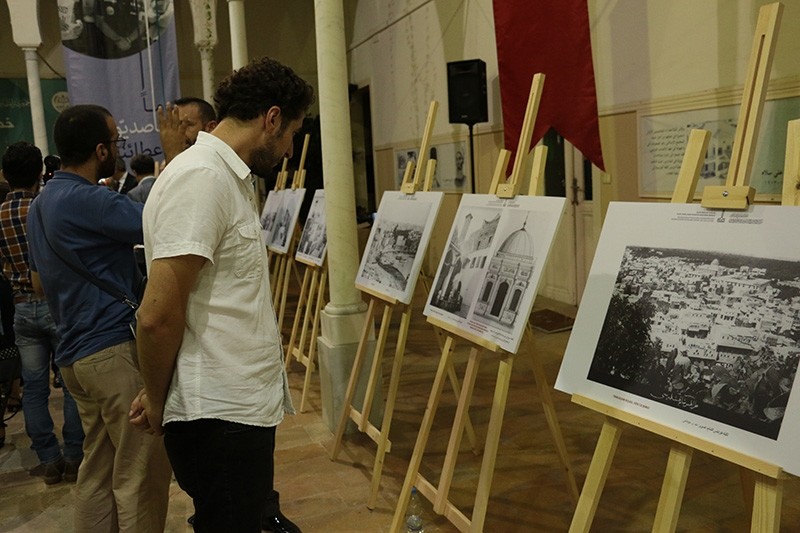 Turkish and Lebanese historians unveiled the photography exhibition "The Beirut Vilayet (Province) during the Ottoman Period" in Beirut on Friday.

The exhibit includes 40 photographs depicting the historical lifestyles and cultures of the cities of Beirut, Tripoli, Saida and Tyre during the Ottoman period.

The Beirut Vilayet was an administrative division of the Ottoman Empire covering a busy coastal trade area between Aleppo and Jerusalem.

Both Lebanese and Turkish nationals participated in the ribbon cutting ceremony at which Turkish Ambassador Çağatay Erciyes gave the opening speech, according to Anadolu Agency.

These images shed light on the importance of photography during the Ottoman period, said Erciyes.

The exhibit is the result of a partnership between the Beirut Yunus Emre Institute and the Research Center for Islamic History, Art and Culture (IRCICA).

The Beirut collection is one of a series of exhibits displaying Sultan Abdülhamid II's photography around the world, said IRCICA General Director Halit Eren.

Ottoman Sultan Abdülhamid II, who ruled from 1876–1909, commissioned photographers to capture images from the Ottoman world, collecting nearly 35,000 images. The collection depicts the modernization of the Ottoman Empire, from schools and hospitals to architectural structures.

The exhibit will be open to the public from October 9-13.