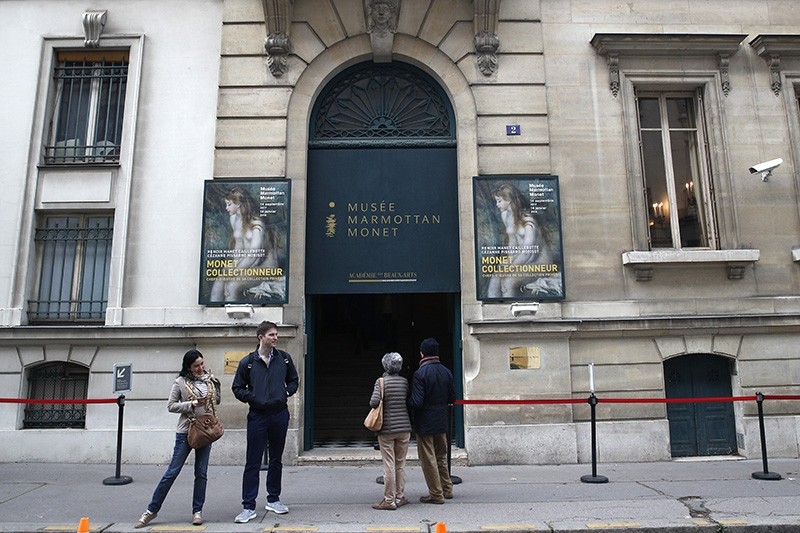 Back in 1995, when they spent $800,000 on a work by impressionist painter Camille Pissarro in New York, Bruce Toll claims he had no idea the canvas had been looted by the Vichy regime during World War II.

The New York art collector says he and his wife, Robbi, bought the painting in good faith.

"La Cueillette des Bois," or "Picking Peas," was painted by Pissarro in 1887. French authorities confiscated the painting earlier this year, and it will remain in their custody until the case pitting the Tolls against the family of a Jewish collector is resolved.

French authorities seized the painting at the Marmottan museum after Simon Bauer's relatives found out it was on display in Paris as part of a Pissarro exhibition, on loan from the Tolls, and filed a lawsuit to have the work returned.

A verdict will be issued next month, but the Tolls' lawyer, Ron Soffer, said he will appeal if his client does not win.

Bauer's collection of more than 90 paintings was confiscated in 1943 by the Vichy regime, which collaborated with the Nazis, and sold by a vendor designated by the General Commissariat for Jewish Questions.

"This painting has been illegally confiscated by Vichy, and the French state should pay. This is a fair solution," said Soffer, referring to the financial compensation the Bauers have received from the state. Financial details of that deal have not been disclosed, but the family's lawyer said the money covered all of their stolen art.

"The Bauers will give back to the French state the fraction of the money corresponding to the painting's value they received when they will have it returned," lawyer Cedric Fischer said.

After Simon Bauer's death in 1947, his grandson Jean-Jacques began the search for the stolen art. He has recovered only a few pieces. "Picking Peas," which was part of the collection, was sold at a Sotheby's auction in London in 1966.

According to Fischer, the painting is now worth about $1.75 million, the price paid by the Tolls for its insurance. He told the AP it was first bought by Theo van Gogh, the brother of Vincent van Gogh, who purchased it from Pissarro.

Fischer is adamant that given the painting's notoriety "the Tolls could not have ignored its origins."

"Their lawyer seems to think I should go into research on every painting that is sold at Sotheby's and Christie's," he said. "I don't even speak French, how can I do the research in the first place if it's all here in France? I've seen paintings over the years withdrawn from sales but there was no claim on this painting, so there was no reason for me to think it was not legitimately owned."